Xiaomi India is gearing up to launch multiple products under its Redmi brand in India on February 9th, 2022. Previously we came to know that Redmi  Smart Band Pro will launch in the same event and the Redmi Note 11 smartphone is also most likely to be launched with the Note 11S device. And now, the company has revealed a new product launching at the same event in India.

Redmi Smart TV X43 To Launch In India on February 9 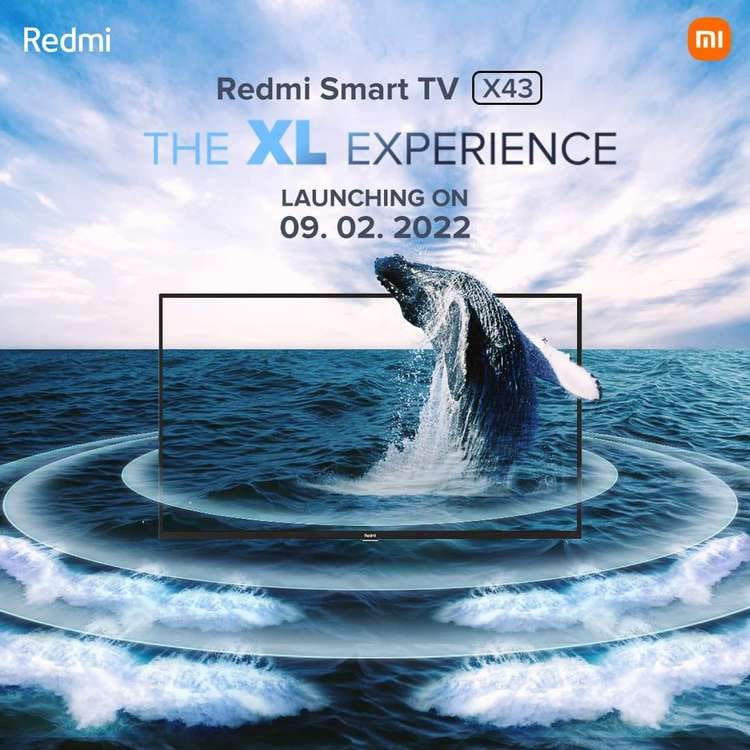 Redmi India vis its social media handles have confirmed that they are going to launch a new Smart TV in India on February 9th, 2022. The company will launch its all-new Redmi Smart TV X43. The Redmi Smart TV X43 has already been launched in China and it offers a decent set of specifications like a 43-inch display with 4K resolution and support of HDR and Dolby Vision. It will be launched along with the Note 11S and Smart Band Pro device.

The Smart TV X43 will run Xiaomi’s homemade PatchWall UI with IMDb integration on top of Android for TV. The device will flaunt 30W dual speakers with support of Dolby Audio and DTS True Surround Sound. The teaser image shared by the company reveals its sleek bezels around the panel with the Redmi branding on the bottom chin. The company also claims that the TV will offer “Future Ready Flagship Performance.” It will be powered by a MediaTek chipset with Mali GPU and 2GBs of RAM.