ColorOS 12 Control Center, is a handy tool that allows you to manage your phone’s features and settings. The control center is divided into two parts: the “main” panel and the “advanced” panel. The main panel includes shortcuts for commonly used features, such as the camera, flashlight, and internet connection.

The advanced panel provides access to more detailed settings, such as app permissions and battery usage. You can also use the control center to customize your phone’s wallpaper and ringtones. With so many options at your fingertips, the ColorOS 12 Control Center makes it easy to keep your xiaomi phone running smoothly.

ColorOS 12 Control Center has been improved according to Android’s updates. Along with the recent updates on Android, OEM ROMs such as ColorOS, MIUI, OneUI and such start upgrading their UI elements for a better and contemporary look. One of the biggest changes happening to the interface is new control centers as you may have noticed on OneUI or MIUI. ColorOS doesn’t fall behind and designs its own aesthetic control center to rival other OEMs. Let’s see what changes await us and how it compares to others!

Fair is fair, ColorOS 11 control center design was a disaster. Blurry background was a nice touch, however square toggles and again white square box containing them with no blending in the control center background, it was simply a terrible job with no real effort put in.

However, with the latest update that is ColorOS 12, OPPO has made amendments to this uggliness by making some better design choices. Toggles got rounded up, and the whole ColorOS 12 Control Center background has been made into single look, fixing the integrity of overall design. Blur still stays, however it is now tinted with white color, which is not ideal but doesn’t look bad either.

We still need to point it out, however, this is not really a unique design. If you have ever used or seen OneUI, you will know the reason why. ColorOS 12 Control Center is a major copy from Samsung’s OneUI, almost to the extend of being identical. Same toggle look, background white tinted blur, text placements and so on with only few differences such as brightness bar. What makes Android great is the diversity, at least one of many. And different OEMs bring different perspectives to the table. Making an almost identical replica is a bit disappointing to see. 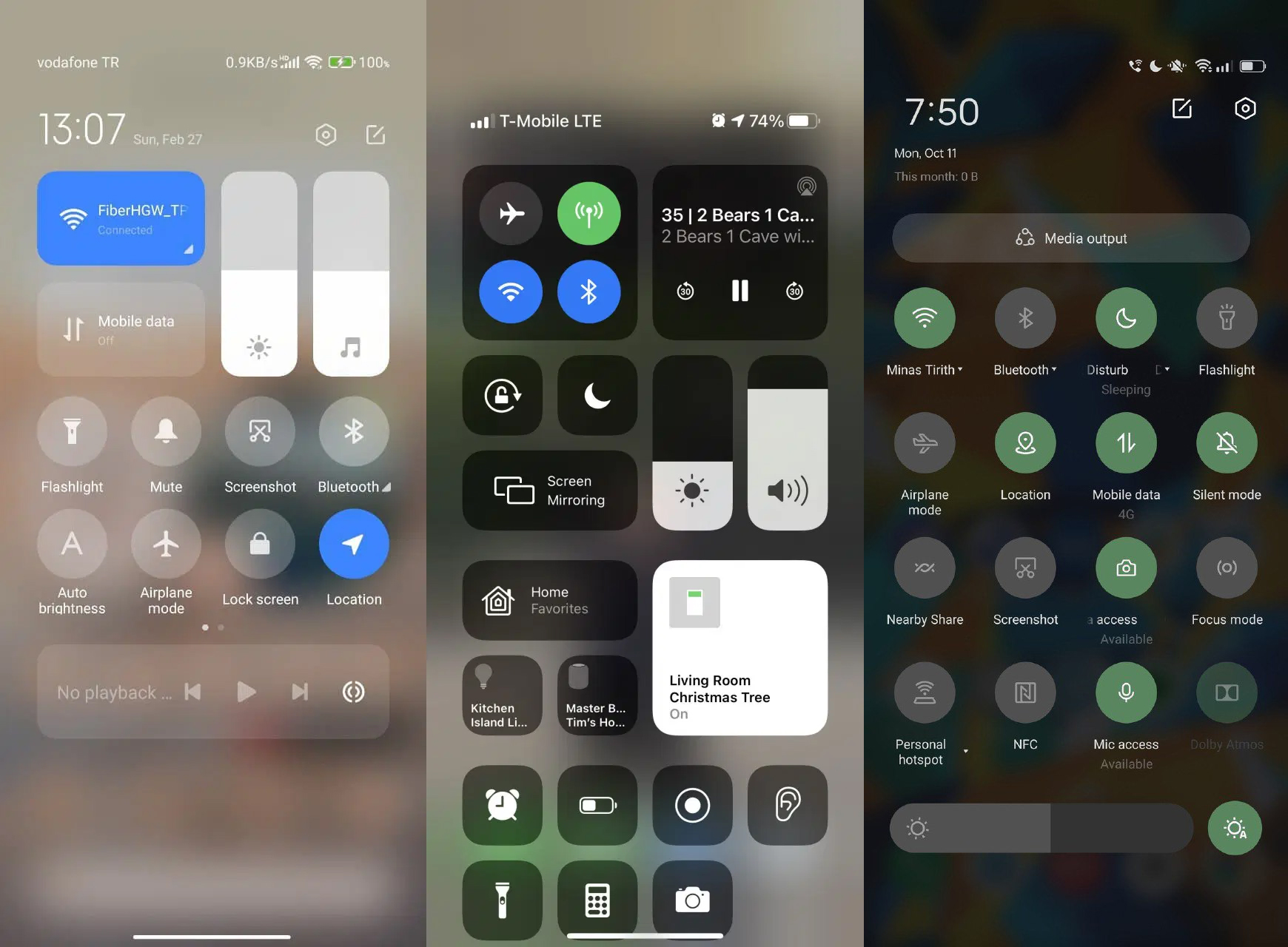 Compared to MIUI control center however, it is completely different. MIUI embraces an iOS like design, therefore the similarities between the two is even out of the question. Unlike ColorOS however, MIUI does not go for the almost identical look but rather interpretes it in its own way which make it quite different all the while being similar. It is a nice contrast to keep when one is inspired by the other’s design choices.

This is not to be taken negatively, copying among OEMs is actually more common than one thinks. ColorOS control center actually does look great, much better than previous versions. We can only hope that someday it comes up with a more unique style with the same or better quality, contributing something new to the diversity.

So, what do you think? Were you a fan of the new Control Center design? Let us know in the comments below. And if there are any other changes or features you’d like to see from ColorOS 12, be sure to share them with us – we always love hearing your thoughts and feedback!