Xiaomi‘s MIUI, whether we like like it or not, is very popular and is the default UI in most of Xiaomi’s phones (except the Mi A series, which run pure Android due to the AndroidOne project). In this article, from MIUI V1 which released in 2010, to MIUI 13 which released just in December, we’re going to explore the history of Xiaomi’s UI – MIUI.

In August of 2010, Xiaomi, a brand new Chinese software company, released their brand new fork of Android, MIUI (based on the phrase Me-You-I). MIUI had significantly more features compared to the version of Android it was based off of, Android 2.1, also codenamed Eclair. This fork of Android was proprietary, like most other forks during the time, and would stay that way until 2013, when Xiaomi released the sources for some of MIUI’s components.

This release of MIUI brought a slightly improved user interface and smoother animations, and increased the availability of the devices you could use MIUI on. Other than that, not much has changed. This update was also based on Android 2.1, so users didn’t get any major platform changes either, but when MIUI V3 released, the platform was updated to 2.3.6, which brought a few changes. The user interface stayed the same until MIUI V5, which we will get to in a bit.

This update brought Android 4.0, codenamed Ice Cream Sandwich, and along with it, new icons and a transparent status bar, and added an anti-virus to the system. Alongside the MIUI features, with Ice Cream Sandwich, the operating system received updates to its stability, and features like Android Beam.

Despite being made mainly for China, MIUI V5 brought bad news for Chinese users, and removed the Google Play Store and other Google apps from MIUI’s Chinese variant, though you could still sideload them unofficially. Other than that, this update brought along Android 4.1 Jellybean, and made brought with it a new user interface. This version of MIUI was kept up to date for a year, until it received Android Kitkat. This update also led to Xiaomi releasing the sources for a few of MIUI’s components, to comply with the GPL License.

With MIUI 6, Xiaomi brought the familiar UI we know and love with it, and gave us Android 5.0 Lollipop. This update was released in August of 2014, and introduced flatter icons, and a new wallpaper. Unfortunately, it also dropped support for devices running Jelly Bean and before.

With MIUI 7, not much happened, except for Xiaomi dropping support for older devices, and locking the bootloaders of some devices, and every device released following the release of MIUI 7. The UI stayed the same until MIUI 9, when we got the classic Limitless theme now found on newer versions of MIUI. This update also gave us Android 6.0, codenamed Marshmallow.

This update brought with it Android 7.0 Nougat, and also gave MIUI users access to Dual apps and Second Space. There were also minor tweaks to the UI and system apps received a few updates.

This update brought with it Android 8.1 Oreo, and also a significant amount of new features. From this point on, we will be listing the features instead of mentioning them. Here are the new features: 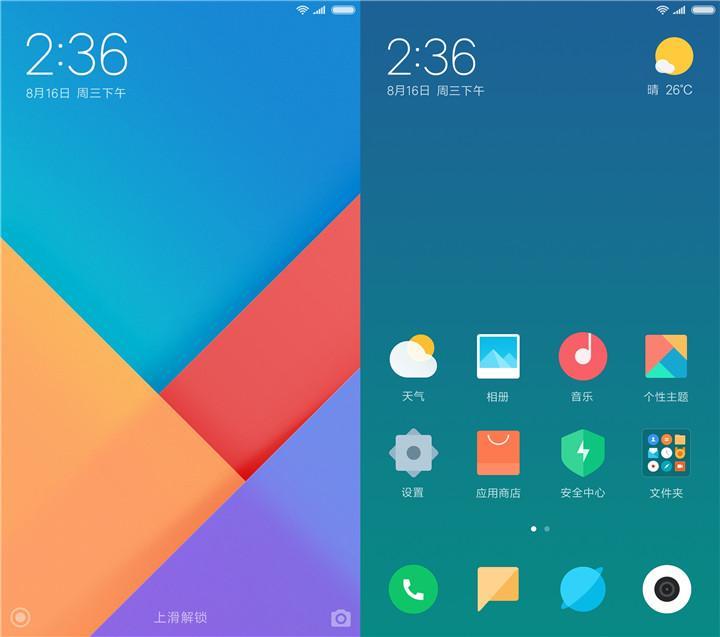 This update also brought new features and Android 9, Pie. Here’s another list of the new features:

This update was released with Android 10, this release dropped the dessert names, and brought with it:

This update dropped support for devices running Marshmallow and below as well.

This update released with Android 11, and brought these features:

This update dropped support for Oreo and below.

This update was also based on Android 11, and came with these features:

This update dropped support for devices running Android Pie and below.

MIUI 13 is the most recent version of MIUI at the time of writing this article, and is based on Android 12. This update brings with it these features:

This update also drops support for devices running Android 10 and below.

We hope you enjoyed this deep dive into MIUI’s past, and learned a few things about our favourite Android UI. You can read more about MIUI 13 in our other articles linked MIUI.