Lightning port on Android sounds like an April fools joke, but we assure you it is not, it is quite real! For some unknown reasons, an engineer actually ported Apple devices’ lightning usb port to a Samsung device, which is quite fascinating, interesting but also weird?

There are no great reasons as to why anyone would do such a thing, but also, is there supposed to be one? It is quite nice and fun to experiment on electronics, especially on such occasion where an Android device has a Lightning port. The responsible party for this lightning port on Android modification is Ken Pillonel, who is also known for another modification similar to this one, bringing USB-C port to an iPhone.

Pillonel published this lightning port on Android modification first on April 1, which is quite easy to confuse it for an April Fools joke, however this modification is quite real. Not only it can charge the device, but it can also transfer data through this port. As he states to Engadget:

“I don’t expect anyone in their right mind wanting to do this to their device. It was just for fun, I just wanted to see if I could do it,” 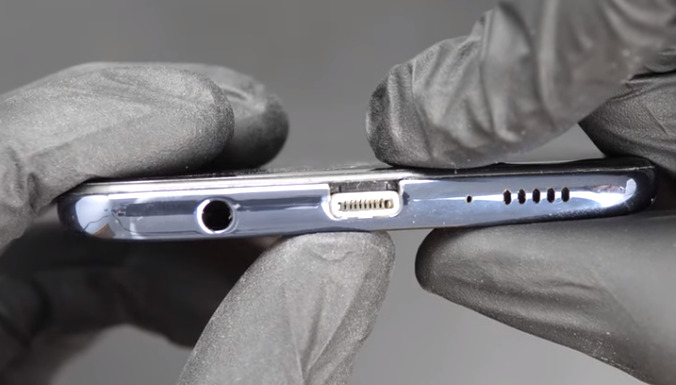 Pillonel picked a low-end device of Samsung brand, Samsung A51, for this project and if anyone is curious and wants to have this device at their hands, they are quite out of luck as he has no intentions of selling this device. To him, this has been a stimulating challenge, was not quite easy at all as he states:

“The Lightning cables sold by Apple are not ‘dumb,’ they will only charge Apple devices. So I had to find a way to trick the cable into thinking it was plugged into an Apple device. And the whole thing needs to fit inside the phone, which is another challenge in itself.”

He promises to make a longer video about this project in his YouTube channel, explaining much more thoroughly the ins and outs. Overall, this must have been quite a fun experience and it is quite interesting to see and read about.