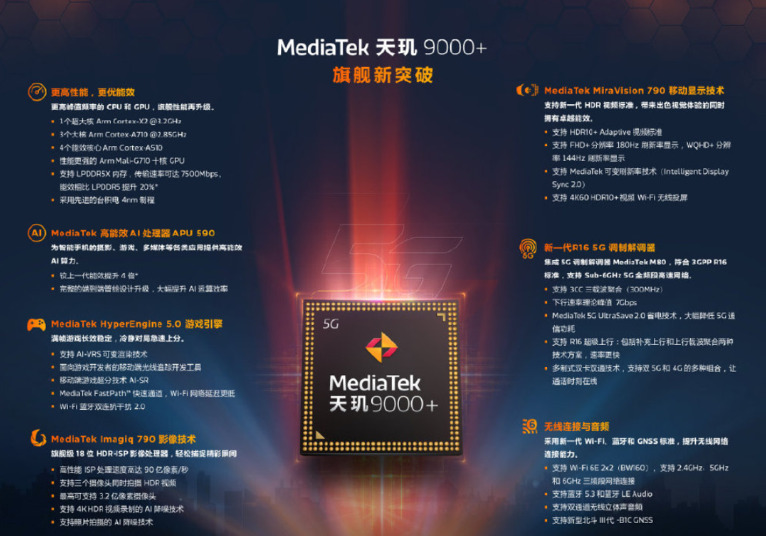 Alongside the Geekbench score. MediaTek has announced some features of the new CPU. Here are the ones worth mentioning.

New Image signal processor is capable of shooting 18 bit 4K HDR videos through 3 lenses which are integrated to the phone. It can process 9 gigapixel per second and also reduce noise through AI during a video recording.

MediaTek Claims 9000+ could be ready to use in the phones around Q3 of this year.