Xiaomi recently launched a new product under its sub-brand MIJIA. The product is known as the Xiaomi Mijia Refrigerator Frost Free Three Doors 216L. I know it’s a mouthful but come on, we all know Xiaomi is terrible with names. As the name suggests, this new Mijia refrigerator provides frost-free cooling and comes with a triple door design. Let’s learn more details about this new refrigerator.

The major advertised feature of the Mijia Refrigerator Frost Free Three Doors 216L is its frost-free cooling. As per official data, the new Mijia refrigerator comes with an intelligent anti-frost technology that prevents frost buildup and eliminates the need for manual defrosting.

It also has an upward air outlet waterfall design that helps reduce direct airflow on any of the food items, hence keeping them moist and fresher for a longer time. Moreover, the air-cooling technology can also supply cold air to each compartment as per requirement. Not only that, cooling can be adjusted in to help keep different items fresh. 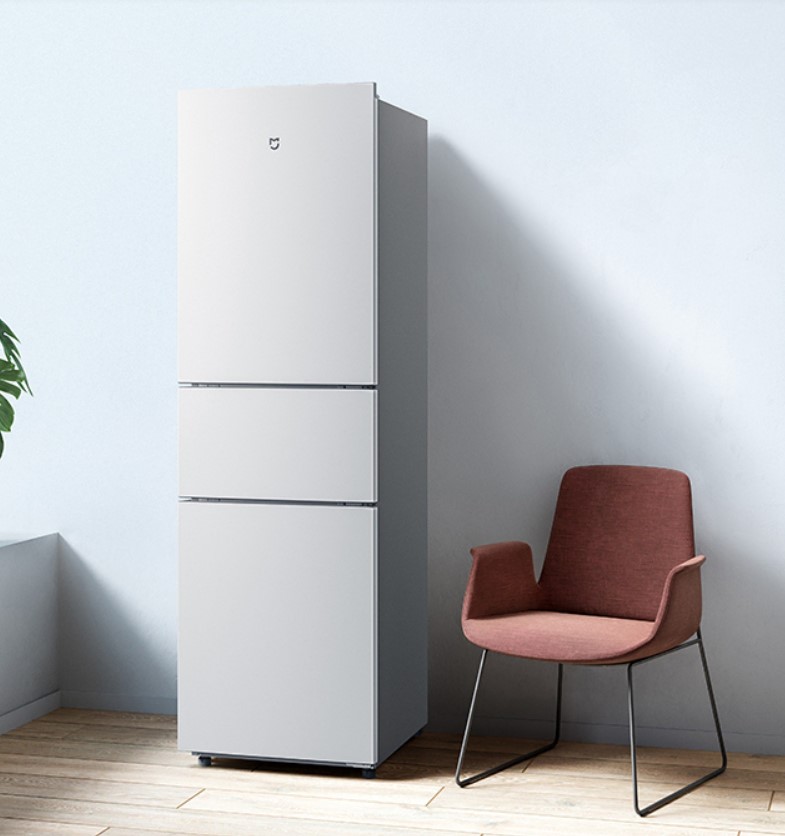 In terms of appearance, the refrigerator comes with a simple minimalist design. It has three compartments- a general compartment at the top, a freezer at the bottom, and a midsection for keeping seafood and meat. The compartments have 126L, 32L and 62L volumes respectively.

The refrigerator is 525mm wide and 648mm deep. It covers a total area of ​ 0,34 square meters which is the same as regular ​​a chair. The insides of the refrigerator come equipped with silver ion antibacterial technology, which can remove odors and keep the refrigerator free from bacterial growth. 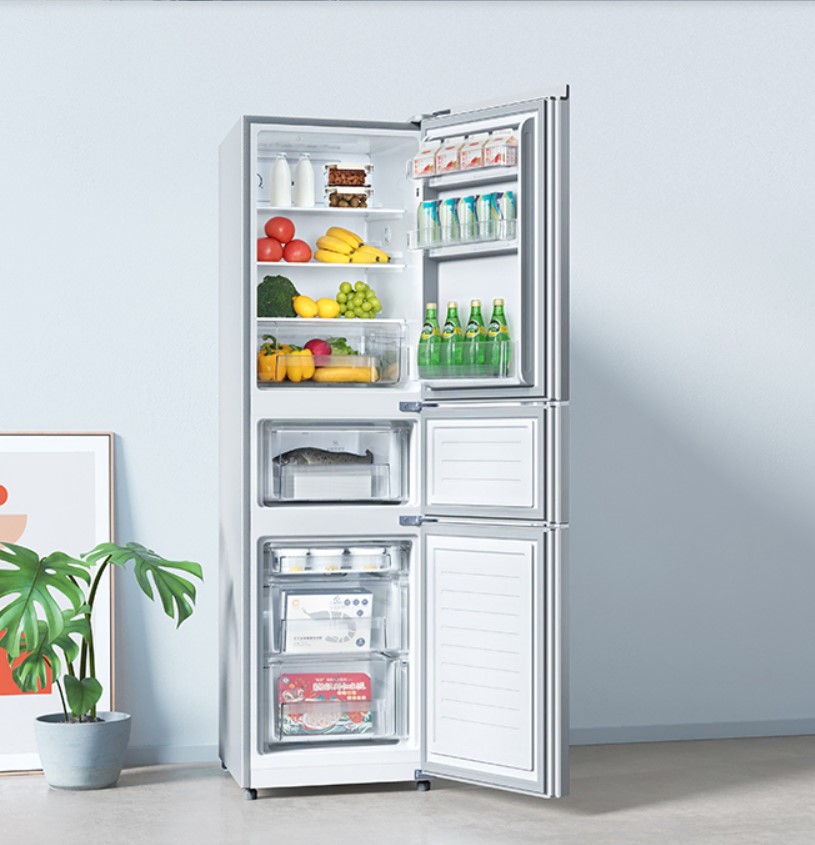 The MIJIA Cross Four-door refrigerator 496L comes with a first-level energy-efficient double-frequency conversion motor which has energy consumption as low as 0.83 kilowatt-hours of electricity per day. The refrigerator has a running noise of 38dB which is comparatively less than the traditional refrigerators.

The Mijia Refrigerator Frost Free Three Doors 216L comes with a price tag of 1699 yuan which is roughly $257. The new refrigerator is available for sale in China through e-commerce platforms like Jingdong and the company’s own Mi Store. Also, check out the Xiaomi MIJIA cross four-door refrigerator 496L if this refrigerator is not enough for you foods.