There are many smartphone manufacturers, and each has its UI. They all compete to provide a seamless experience. MIUI is the best UI, for that, Xiaomi has worked hard in recent years to provide a better UI compared to other Android phones. Today, the MIUI user interface is much better and smoother than before. Master Lu has listed the best mobile interfaces and accordingly, MIUI is the best UI in Q1 2022.

The best UI ranking published by Master Lu consists of data from January 1, 2022 to March 31, 2022. The ranking is based on newly launched smartphones only, and the final score is determined by averaging the experience rating. Among the best UI’s in the Master Lu ranking are the user interfaces of 10 brands, the first two user interfaces belong to Xiaomi.

The MIUI interface, which is used in the Xiaomi, Redmi and POCO models, is at the top of the ranking. MIUI is the best user UI, scoring 207.06, which is much better than the others. The second on the list is JoyUI, which is actually based on MIUI and used by Black Shark phones. Users are happy that the first and second interfaces in the list are from Xiaomi. The versions based on the rating are MIUI 13 and JoyUI 12.5. The Redmagic OS is third in the list with 203.93 points. 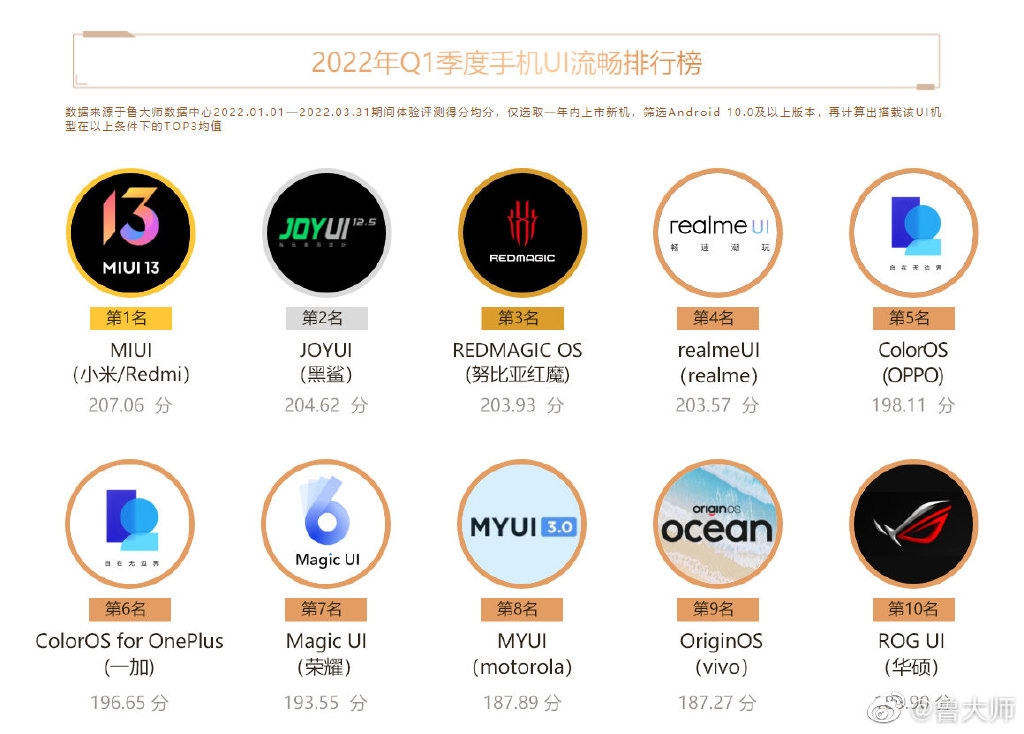 MIUI is the best UI, why?

MIUI 13 is latest user interface that Xiaomi introduced at the end of 2021. Since the MIUI 12.5 user interface, Xiaomi has increased system stability, with a balanced RAM and CPU usage. With MIUI 13, results from these improvements have appeared. The reason MIUI ranks first in the Master Lu ranking is that Xiaomi works hard for stability. In testing with many third-party apps, MIUI 13 is 52% faster than MIUI 12.5 Enhanced and has 15% fewer frame drops. Atomized memory and liquid storage technology are optimization features introduced with MIUI 13.