OnePlus has already launched its OnePlus 10 Pro smartphone offering specifications like a 120Hz LTPO 2.0 display, 48MP+50MP+8MP triple rear camera, Snapdragon 8 Gen 1 processor and much more. The brand is now gearing up to add all-new OnePlus 10 Ultra in the series. This is the first OnePlus device with “Ultra” in its marketing name. The device is expected to sit above the OnePlus 10 Pro.

OnePlus 10 Ultra; could be powered by Snapdragon 8 Gen 1+? 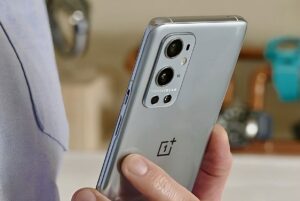 The OnePlus had recently launched its OnePlus 10R/Ace smartphone which was the rebranded version of realme GT Neo3. The OnePlus 10 Pro was also released in China before their usual schedule, all this might be happening because of their merger with Oppo. Now, they are working on the OnePlus 10 Ultra, a new addition to the OnePlus 10 series of smartphones. The device has reportedly entered the testing phase and may launch in the coming months.

In addition, new OnePlus Nord smartphones with the Dimensity 8000 and Snapdragon 888 Gen 1 are in the works. Last but not least, a Snapdragon 7 Gen 1 device is on the way. Given the company’s recent track record, it’s possible that it’s a rebranded Oppo Reno 8 series smartphone. After all, this chip will debut in one of the Reno 8 devices. An official announcement about these devices could provide us with more information about their specifications.