Xiaomi may still not be done with both MIUI 12.5 and Android 11 stable update rollouts but has already kickstarted Android 12 internal testing in China. While it’s debatable if the testing also involves Xiaomi’s next big Android skin upgrade – MIUI 13 – we have plenty of info at hand indicating that development for the MIUI version is indeed underway.

For starters, the MIUI File Manager recently bagged a major update that redesigned most of its interface and brought along some colorful new icons. This update has been touted by many as a prep for MIUI 13. Prior to this, we also found a reset in the version number of a MIUI beta ROM build for the Xiaomi Mi 11 Lite 5G (renoir). Such resets typically indicate the deployment of a major upgrade.

So in conclusion, it’s not unsafe to assume that the Android 12 internal tests also involve MIUI 13. But again, it’s hard to know for sure without any official confirmation.

Anyway, coming back to the Android 12 internal testing, Xiaomi has already been carrying it out for several of their high-end offerings including the Xiaomi Mi 11 Ultra and Redmi K40 (Poco F3) in China. This list is obviously an evergrowing one to which new Android 12-eligible devices will be added with time.

The latest to now join the roster is the Xiaomi Redmi K30 Pro, which all of the global users know by the name of Poco F2 Pro. The device is clearly flagship-level with its extremely premium specs, the star of which is the Snapdragon 865 5G processor. Thus, it was only inevitable that it was to soon be included in the Android 12 testing process.

With the inclusion of the Poco F2 Pro, the total number of devices currently testing Android 12 now rises to eight. The complete list has been given below. 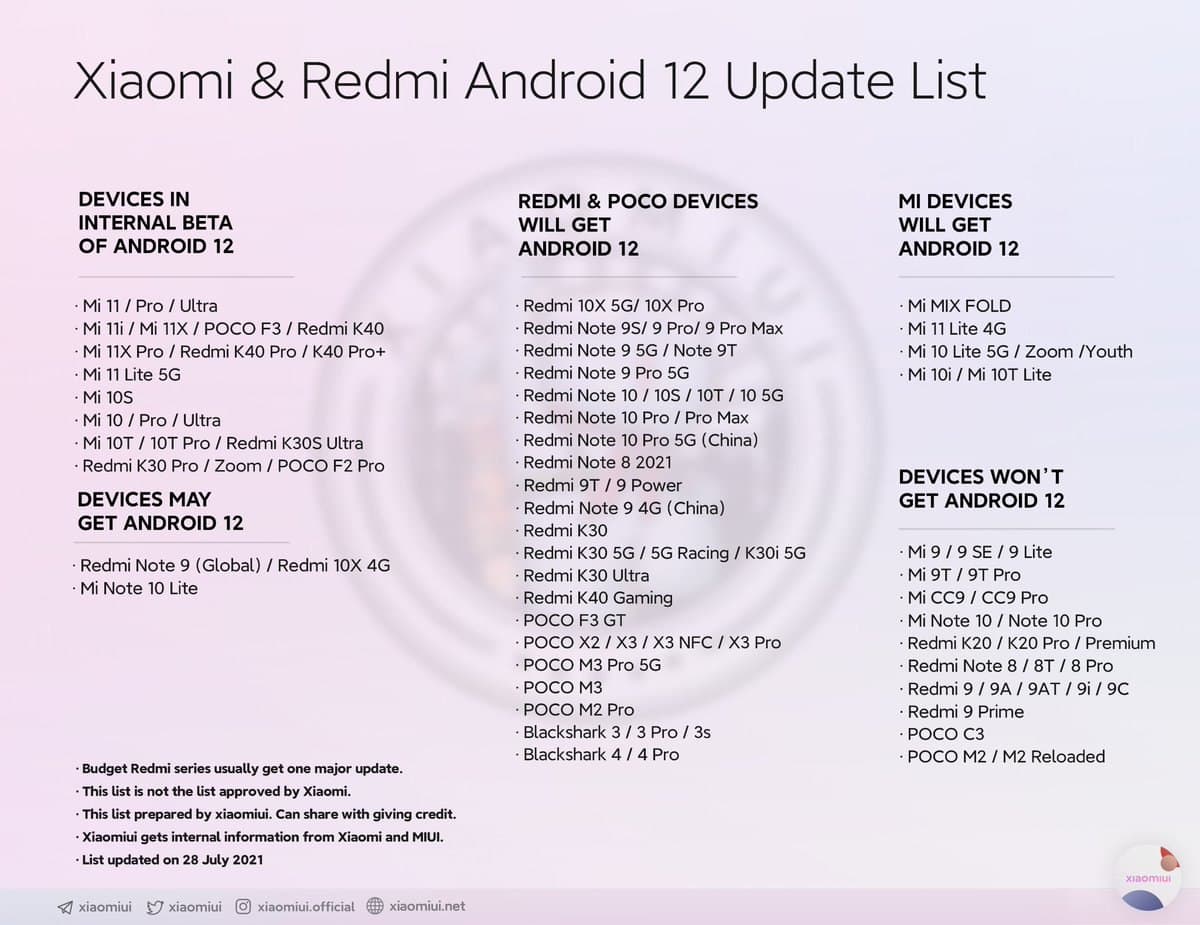 Of course, since the tests are being conducted internally in China, any download links are out of the question. But if you simply can’t wait for the Poco F2 Pro Android 12 update, then you would want to subscribe to our Xiaomiui Telegram channel to stay in the know.