The long-awaited Redmi K50 Pro is being introduced very soon. And it will be intorduced as POCO F4 Pro in Global. In the past, Lu Weibing stated on his Weibo account that a device powered by the Dimensity 9000 chipset will be introduced in 2022. When everything started to become clear over time, it turned out that the device with the Dimensity 9000 chipset was the Redmi K50 Pro with the code name Matisse and the model number L11. As we get closer to the launch date, we get new information about the Redmi K50 Pro every day. 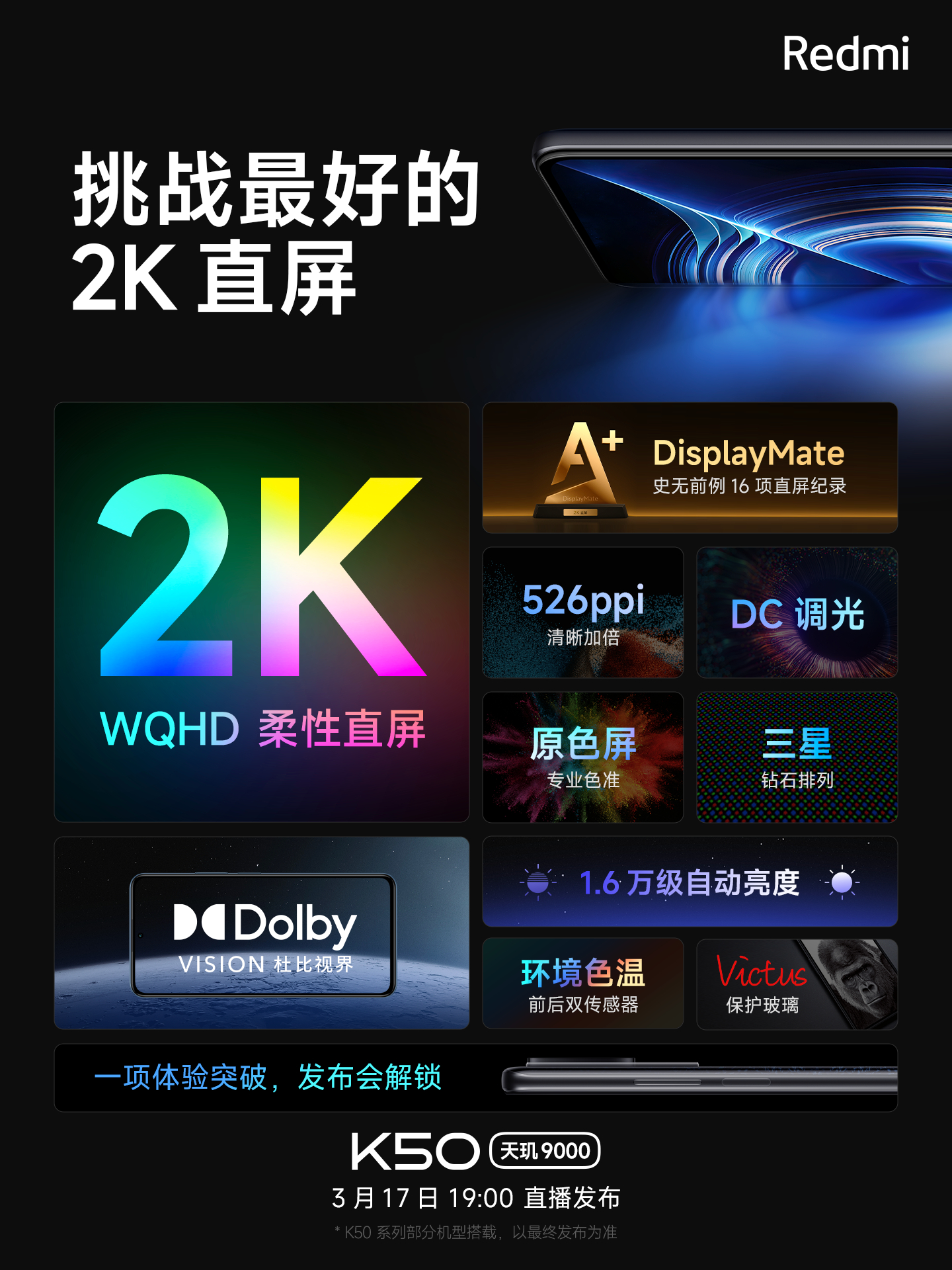 It is understood that the device, which is stated to have received A+ certification from DisplayMate in the posters published by the brand, comes with an AMOLED panel produced by Samsung with 2K resolution, 526PPI pixel density and 120HZ refresh rate. This panel, which has Dolby Vision support, is protected by Corning Gorilla Victus. It will give you a perfect visual experience while watching movies and playing games. 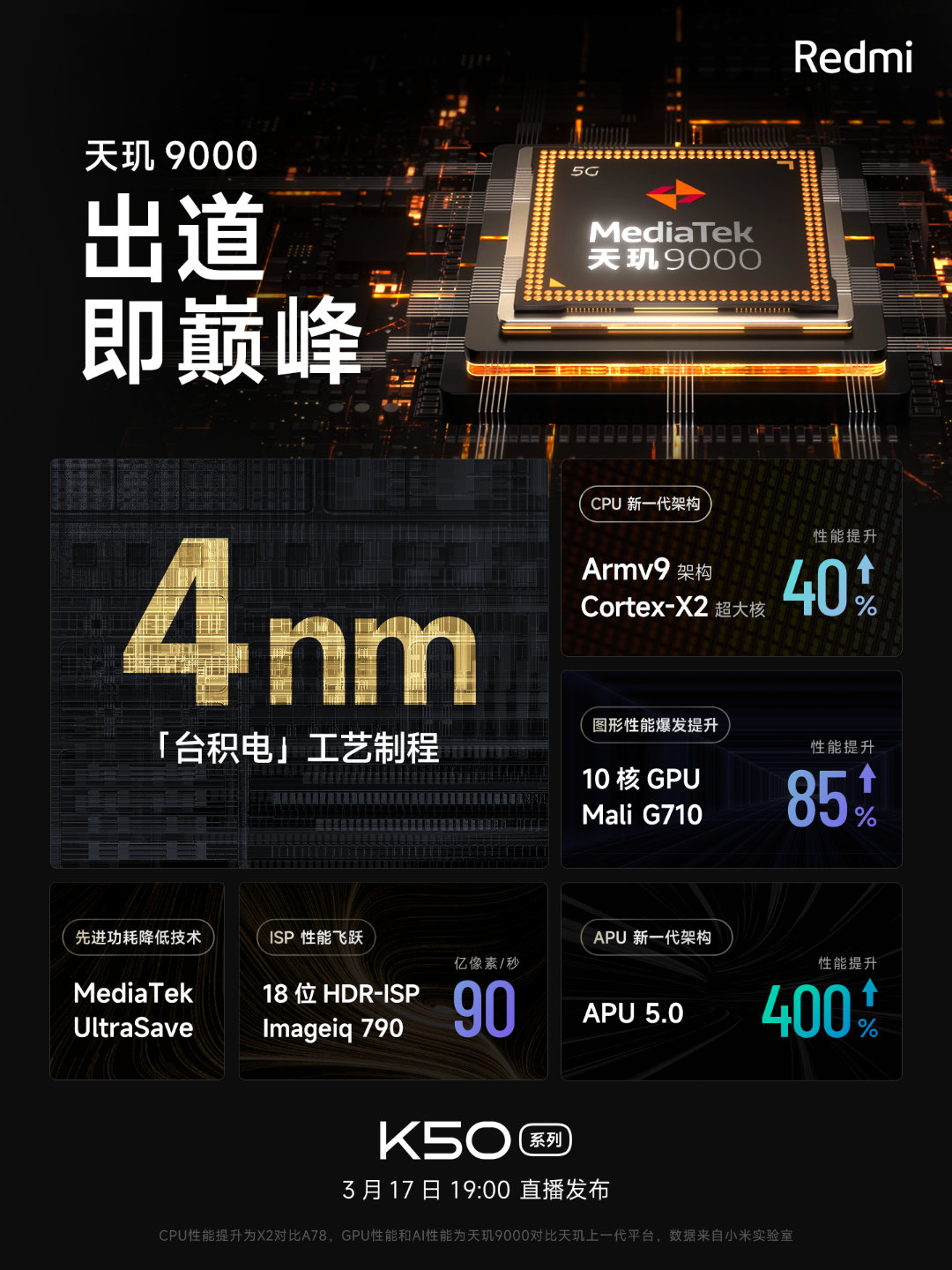 As we mentioned above, we mentioned that the Redmi K50 Pro is powered by the Dimensity 9000 chipset. The Dimensity 9000 is the first chipset MediaTek has achieved, allowing it to make a significant difference against its competitors. Built on the cutting-edge TSMC 4nm manufacturing technique, the chipset includes new CPU cores based on ARM’s V9 architecture. Cortex-X2, Cortex-A710 and Cortex-A510. As GPU, our chipset includes the 10-core Mali-G710. The clock speed of this GPU is 850MHz. We think that this device, which will perform Genshin Impact game perfectly at 59-60 FPS without 1 hour of frame fluctuation, will do great work with the Dimensity 9000. 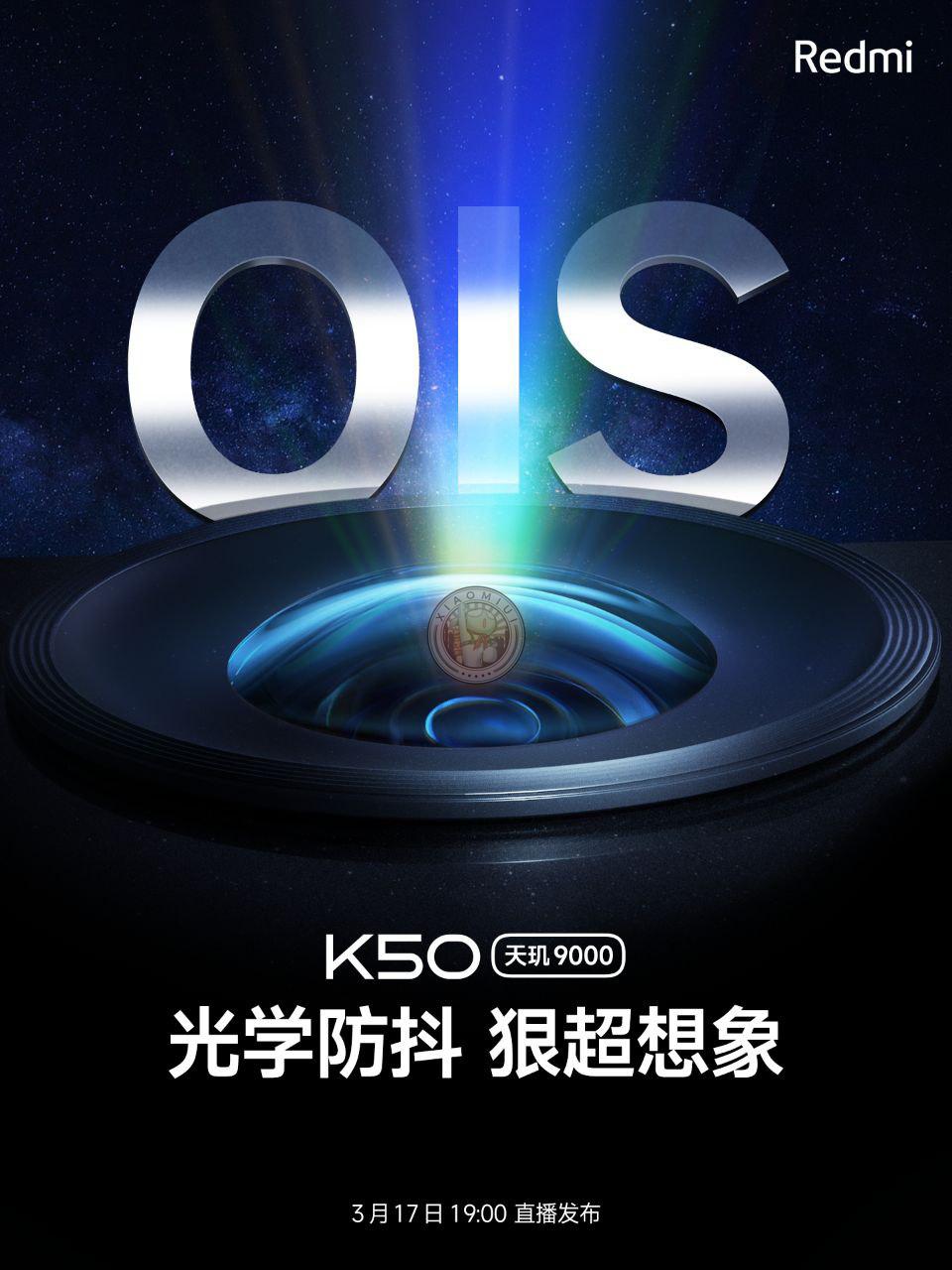 If we talk about the cameras of Redmi K50 Pro, our main camera is 108MP Samsung ISOCELL HM2. According to the information we have, this lens will have an optical image stabilizer. As an auxiliary, 8MP Ultra Wide and 5MP macro cameras will accompany the main lens. 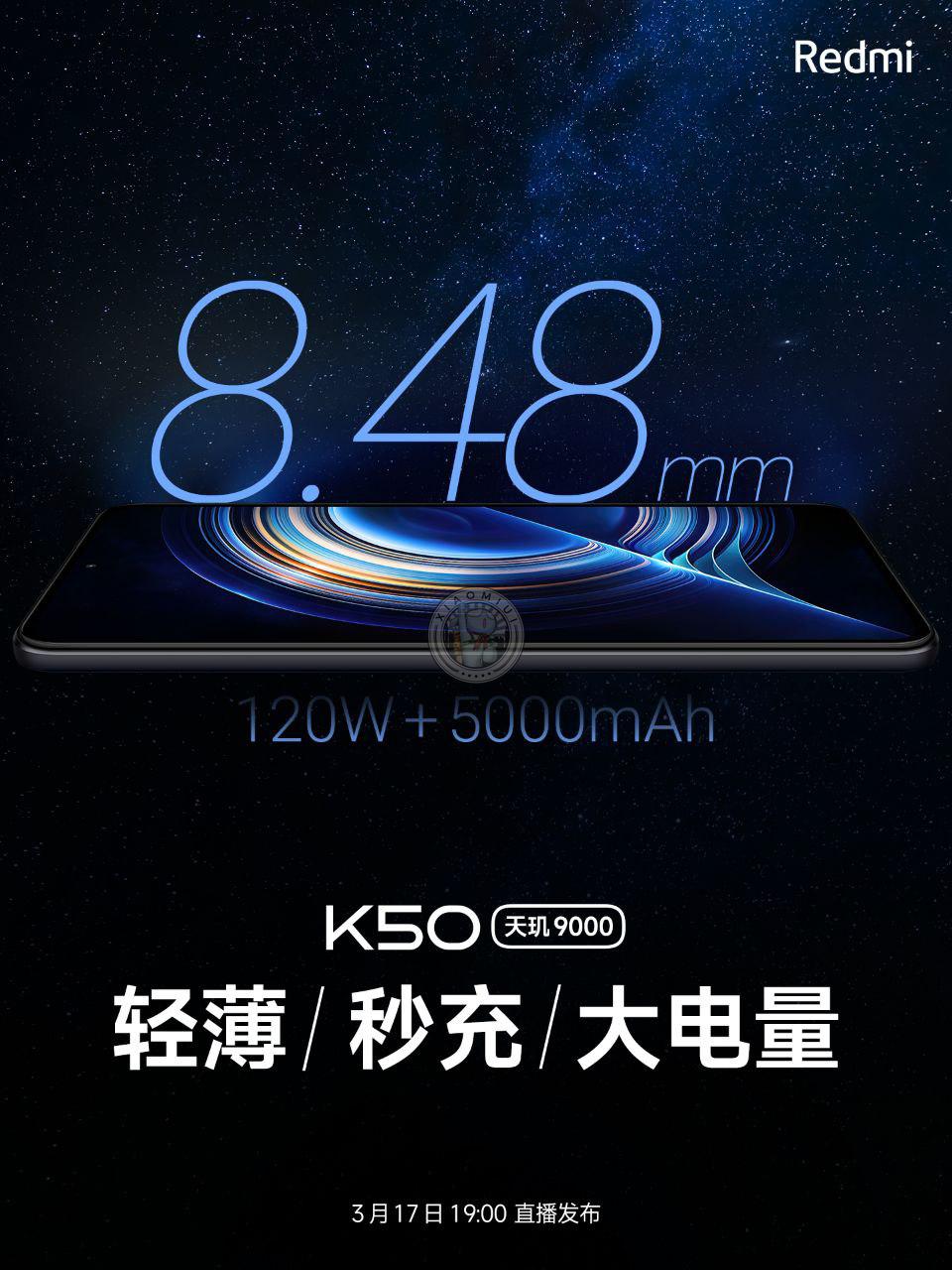 With a thickness of 8.4mm, the Redmi K50 Pro comes with a 5000mAH battery. This battery is fully charged in 19 minutes with 120W fast charging support. In addition, the Redmi K50 Pro has the Surge P1 chip used in the Xiaomi 12 Pro.

So, will the Redmi K50 Pro be available in the Global market? According to the information we received from the IMEI database, Redmi K50 Pro will be available in the Global market. We have to mention that it will be introduced as POCO F4 Pro in the global market. We think that the device, which will be presented to users in Global with the name POCO F4 Pro, will provide you with an excellent experience with its 2K screen resolution, Dimensity 9000 and other features. Would you like to have the Redmi K50 Pro, Xiaomi’s first device powered by the Dimensity 9000 chipset? What do you guys think about this? Do not forget to specify in the comments.