Xiaomi has just launched the Redmi Note 11 Pro and Redmi Note 11 Pro+ 5G device in India along with Redmi Watch 2 Lite. The company is now gearing up to launch a budget-oriented smartphone in India namely Redmi 10. The device will succeed the Redmi 9 smartphone, the landing page has been gone live on Flipkart India which further reveals some more details about the upcoming Redmi 10 smartphone.

The company has officially confirmed that the Redmi 10 smartphone is launching in India on Mach 17th, 2022. The landing page reveals some of the specifications of the device. It confirms that the device will have a waterdrop notch panel on the front and the rear design has also been revealed. The smartphone will be powered by a 6nm based Qualcomm Snapdragon chipset, the exact name of the chipset is yet to get revealed. 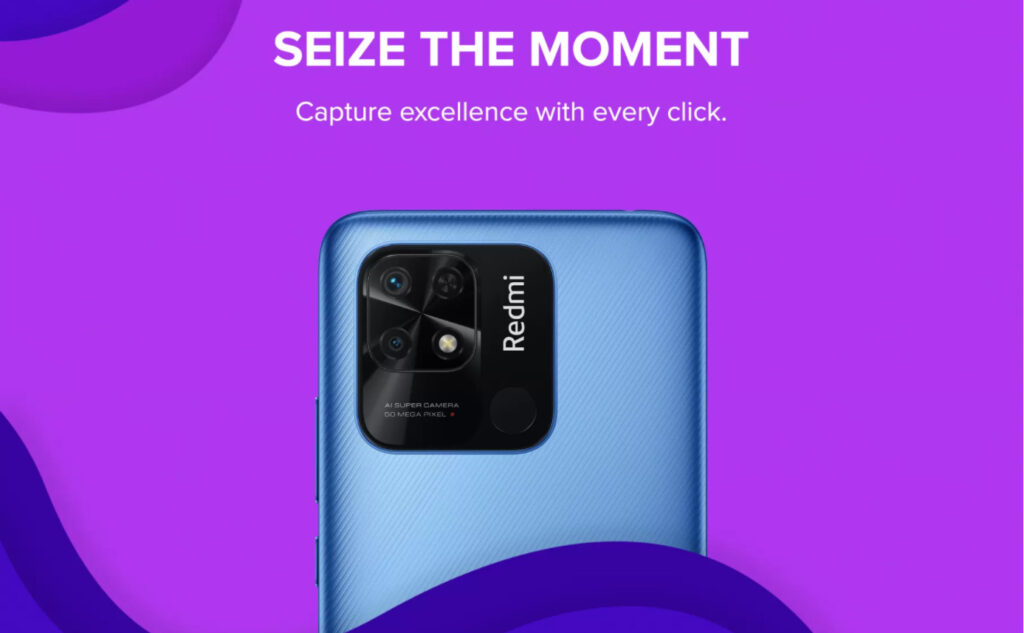 The company claims that it will be 2X more powerful than the previous generation of smartphones. The smartphone will have a dual rear camera with a 50-megapixels primary wide sensor, details about the auxiliary camera are unknown to date. It is expected to feature a 2-megapixels secondary depth sensor.

The landing page also teases the large battery capacity of the device. Apart from this, we don’t know much about the device, neither we have got any leaks regarding the specifications of the upcoming device. More official teaser and the launch itself will throw light on specifications and pricing of the device. The device is expected to price less than USD 150 in India.