Xiaomi has confirmed the launch of Redmi 10 in Indian markets. The smartphone will launch in India on March 17th, 2022. Few specifications of the device have also been teased like a Qualcomm Snapdragon chipset based on a 6nm fabrication process, an all-new camera system in the Redmi number series and a huge waterdrop notch display. 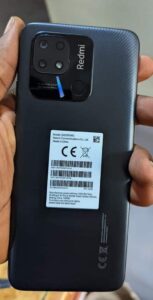 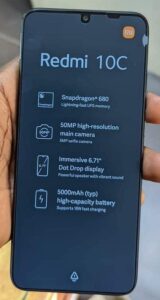 Now, adding out taste to the following news, we are all good to confirm that Redmi 10C global will also launch as rebranded POCO C4 smartphone in selected markets. So, basically the Redmi 10C Global = Redmi 10 India = POCO C4. All three devices will launch officially soon. The Redmi 10 will first launch in India on March 17th, 2022.

Also, ahead of the official launch, some retails in Nigeria have already unboxed the device and the image of it have started spreading online. The shared images confirm some of the specifications of the upcoming device like a 6.71-inch FHD+ DotDrop IPS LCD display with 60Hz refresh rate, Qualcomm Snapdragon 680 6nm based chipset, the device will bring a 5000mAh battery with support of 18W fast wired charging. It will have a dual rear camera with a 50MP primary + 2MP depth, as well as a 5MP front-facing selfie camera. It will have a rear-mounted fingerprint scanner for the security and privacy of the device.