The Redmi K40S smartphone was launched alongside the Redmi K50 series of smartphones in China. The device is pretty similar compared with the Redmi K40. Not much time has passed since the official debut of the device, and now, the brand is offering a price cut in all the variants of the device. It’s still not clear whether the device has got a permanent price cut or it’s for a limited time.

Redmi K40S got a price cut in China 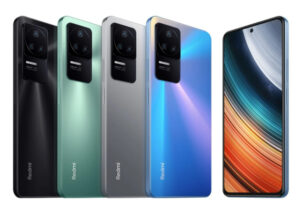 The device comes with the Qualcomm Snapdragon 870 (SM8250-AC) chipset. This SoC has 7nm manufacturing technology with 1x 3.2 GHz ARM Cortex-A77, 3x 2.4 GHz ARM Cortex-A77 and 4x 1.8 GHz ARM Cortex-A55 cores. On the GPU side, this SoC is accompanied by Adreno 650 with a 670MHz clock speed. In addition, the Redmi K40s device uses the same processor as the Redmi K40 device. The Redmi K40S has a 6.67-inches Samsung E4 AMOLED panel just like the Redmi K40. This panel with FHD+ resolution. It offers a smoother experience with a 120Hz screen refresh feature.

There is a 48MP Sony IMX582 with f1.79 aperture inside this huge camera area. The difference between this sensor from the Redmi K40 is that OIS support has been added. The OIS technology almost eliminates the flickering, and also prevents the flickering that occurs while shooting video. Besides the 48MP main camera, there is an 8MP ultra-wide and 2MP depth camera. The front camera with a resolution of 20MP with an f2.5 aperture also allows you to take selfies.