Lu Weibing, general manager of Redmi, posted on his Weibo account, “See you tomorrow!” for the Redmi K50. shared a written post. The tag #K50# in the post is enough to explain the topic of the post.

With the post shared, it has been officially confirmed that the launch of the Redmi K50 series will take place tomorrow, and it will likely be released starting next week. According to the informations, 3 models named Redmi K50, Redmi K50 Pro and Redmi K50 Pro+ will be launched, each equipped with chipsets from the Snapdragon 870, Dimensity 8100 and Dimensity 9000 series. 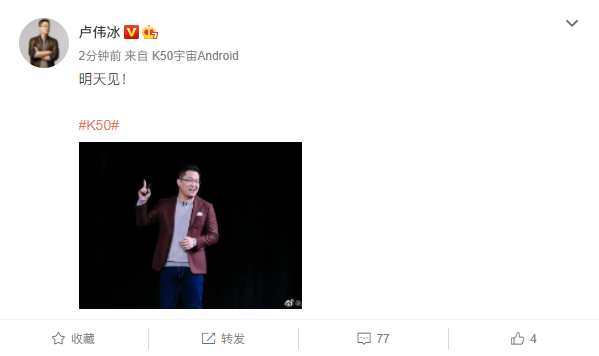 The Redmi K50 series members have the most efficient chipsets on the market. As you know, the new flagship chipsets from Qualcomm and Samsung Exynos are pretty bad in terms of efficiency. They have high battery consumption and reach high temperatures. 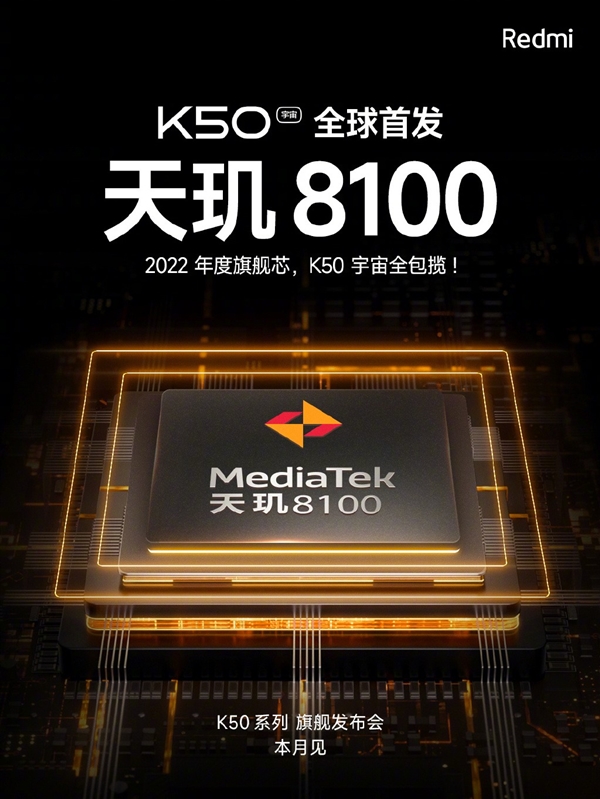 According to some MediaTek officials, the performance of the Dimensity 8100 can compete with the Snapdragon 888, and it is close to the power consumption rates of the Snapdragon 870, which indicates that the processor is quite efficient.