In this post, we’ll be looking at the Redmi Router AX6S which was launched last year in September. It comes with Wi-Fi 6 support and six external high-gain antennas. The dual-band Mi Router AX6000 has a MediaTek processor and boasts up to 3200M wireless speed and Hybrid Mesh networking which ensures coverage in the whole house. The router offers a host of security features and comes with a management app that works on Android, iOS, and the Web. Redmi Router AX6S has LED indicators for various functions as well. Let’s get started with the Redmi AX6S review

The Redmi router AX6S from Xiaomi is priced at 329 Yuan which converts to $52. This model is only available in black color. Xiaomi sells this model in China but it can also be purchased globally. Click here to check if it can be delivered to your country.

Redmi router AX6S runs on Mi WIFI ROM (Redmi AX6s OpenWRT) based on a highly customized version of Open-WRT and is powered by MediaTek MT7622B Dual-Core processor and uses a 1.35 GHz Network Processor Unit (NPU). It comes with 256MB RAM and dual-band support. Xiaomi claims the router can deliver up to 800Mbps speeds on 2.4GHz frequency and up to 2402Mbps on 5GHz. It has Wi-Fi 6 support with

It has Six high-gain omnidirectional antennas that can easily cover larger and longer distances. These external antennas are installed to achieve all-round signal coverage, stronger navigation capabilities, and stable signal even in complex and remote locations 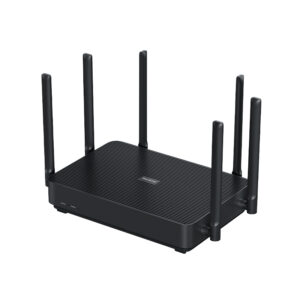 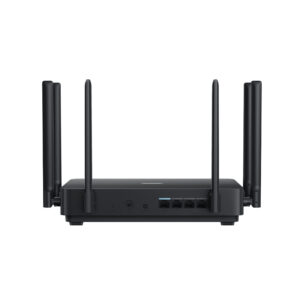 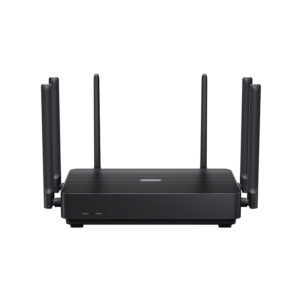 The Redmi router AX6S is said to have a natural heat dissipation design to keep it cool even if used the whole day. There are LED indicators for the system, and internet. It boasts connectivity for up to 128 smart devices at the same time. Not only that it can also automatically discover and connect Xiaomi devices

It has OFDMA efficient transceiver which further reduces the network congestion. As the core technology of WIFI 6, It can transmit data required by multiple devices at one time, significantly reducing network congestion and waiting.

The router comes with MU- MIMO parallel transmission, which lets users connect multiple devices simultaneously without waiting. It greatly increases the channel capacity with multiple devices surfing the internet at the same time, regardless of mobile phones, tablets, and computers, the whole family can have a high-speed low latency internet.

Xiaomi claims the router is ideal for multi-story apartments as well and will provide complete coverage with help of its hybrid mesh networking.