You know that Steam is one of the biggest gaming platforms. A few days ago, Valve introduced is game console. It’s Steam Deck. Actually, it’s more accurate to call it a handheld computer, because it’s more than a console. This move of Valve company made a big impact in the game market. It was expected to be introduced 3 months ago, but it was postponed to these days. Now we can take a look at Steam Deck. Let’s get started then.

What is Steam Deck?

Steam Deck is a game console introduced by Valve on February 25, 2022. If we look at the hardware features, there is a collaboration with AMD. The device comes with AMD APU. Device CPU is Zen 2 and has a 4 Cores/8 Thread and 2.4GHz – 3.5GHz clock-speeds. CPU gives a performance of 448 GFLOPs in tests. GPU is AMD custom, specs are 8 RDNA 2 CUs with a variable frequency of 1.0-1.6 GHz. GPU gives a performance of 1.6 TFLOPs in tests. Benchmarks are seriously good, and Valve claims it’s the most powerful console. If the RAM of device is on-board 16 GB LPDDR5. APU TDP is between 4-15W. 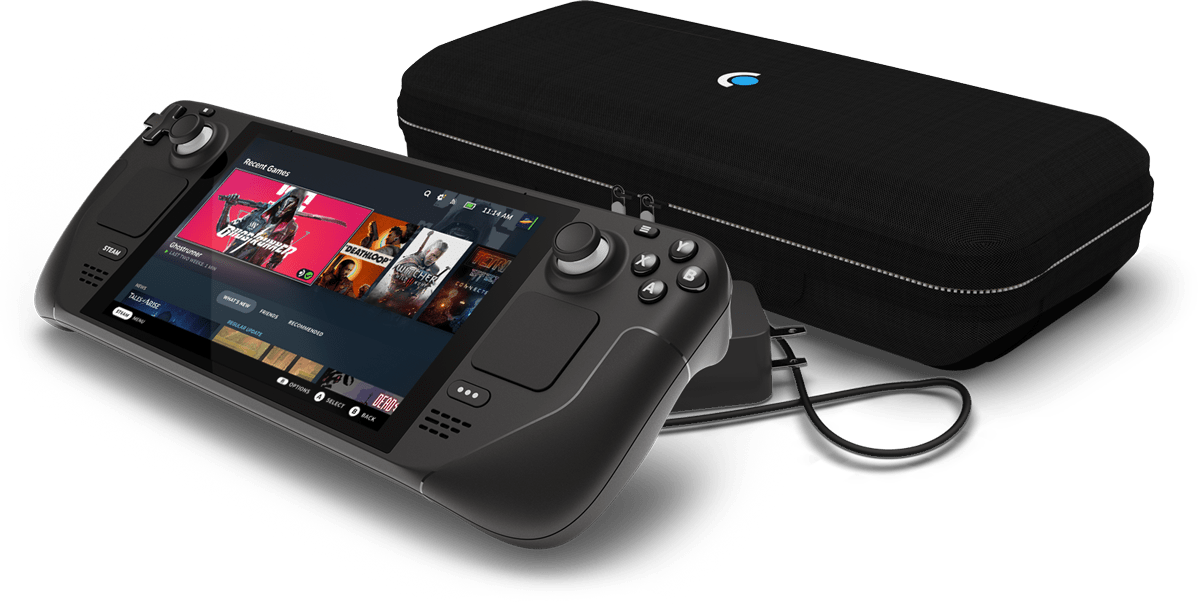 Steam Deck has a 40Wh battery, it charges 45W power with USB Type-C and PD 3.0 technology. It gives up to 8 hours of gameplay. In the connectivity, device has a Bluetooth 5.0 and dual-band Wi-Fi (2.4GHz-5GHz) support. Bluetooth works with controllers, accessories and audio. And console has a stereo speakers with embedded DSP, dual-microphone and 3.5mm jack.

Device can also be connected to another screen, that is, you can turn the device completely into a computer, this is very good. Steam Deck supports Display Port 1.4 with USB-C up to [email protected] – [email protected] and works with USB 3.2 Gen 2 technology.

Steam Deck prices is 64GB model 399$, 256GB model 529$ and 512GB model 649$. But only available United States, Canada, European Union, and the United Kingdom, for now. It will be available in other regions at a later date.

There is also the “Docking Station”, which is sold separately to be compatible with the device. To explain briefly, it is a simple dock to duplicate the ports of the device. Dock has a 3 x USB-A (supports USB 3.1), Ethernet, DisplayPort 1.4 and HDMI 2.0. Docks power input is USB-C PD passthrough. But unfortunately it hasn’t been released yet, the company said it will recognize it in the spring of 2022.

As a result, it looks like the Valve company has done a really ambitious job. We’ll see if it can rival other game consoles. Stay tuned to be aware of the agenda and learn new things.