As we know, Xiaomi is a great brand, there are no arguments for that. But Xiaomi has so many issues, that its users really hate. Those issues can make a Xiaomi user never use Xiaomi ever again. But what are those issues? And why are those issues so important that it needs to be fixed as soon as possible? Here are the most hated issues of Xiaomi.

1. Devices being EOL too early

Due to Xiaomi releasing so many new devices yearly, the lifetime of the devices is so small. Redmi/POCO devices only have 1 year of updates, while Xiaomi phones have 1 to 3 year(s) of update support. Here is an example of how Xiaomi’s update politics was.

All of the devices that came out from Xiaomi have been killed in its 3rd year. Mi A2 is the perfect example of that. Mi A2 shipped with Android 8.1, and it ended with Android 10 (Q). Even Android One couldn’t save the devices from dying too early. 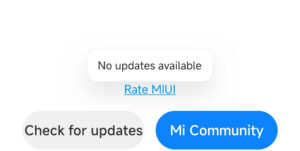 There will be more devices with more updates from now on.

2. Updates being corrupt and too late to be released Mi 11, Mi 11 Pro, and Mi 11 LE/Xiaomi 11 Lite 5G NE users have reported that the OTA package of MIUI 13 came in and bricked the devices. Xiaomi has pulled the OTA packages back.

Those issues can really make an Xiaomi user switch to an another brand.

Xiaomi really does the best quality rear cameras, right. but when it comes to the front camera, it really is bad. Most of the top-quality Xiaomi phones only record on 1080P, and it’s not even 60FPS. It is understandable, since Xiaomi is choosing performance over quality to give the user the best experience yet.

It’s even worse when it comes to Redmi Series, most of the Redmi phones only can record on 720P. The newest released flagship Xiaomi 12 Pro can only record 1080p60FPS while the 2019 flagship S10 can record 2160p30fps. Xiaomi has been made quality cameras over the years, but still haven’t been made any progress on front camera quality. 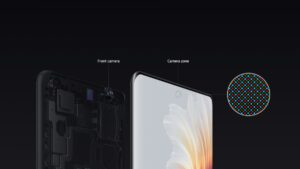 Xiaomi was really stingy when it came to the production side of things. For example, you can see a Xiaomi device that has 20MP front camera, but in reality, it’s only 5MP. On newer devices though, Xiaomi is choosing quality over performance.

However, there is still hope on Xiaomi which amped things up with their new Xiaomi 12 series, since this new series were the first one to use 1080p60fps on front camera, Xiaomi will keep on with their quality and hopefully the newer devices will have better front camera quality.

Since a few years ago, Xiaomi started to release the same device but with different names on them. The earliest examples of this phenomenon are Mi A1/Mi A2/Mi A2 Lite to Mi 5X/Mi 6X and Redmi 6 Pro. Nowadays, we can see Xiaomi releasing a phone and then re-releasing it with dozens of other names. Mi A series was normal, because Mi A series was the Android One copies of those so called devices. The bad part is, Xiaomi does this with every single device they release now, Redmi/Poco is an example for that. 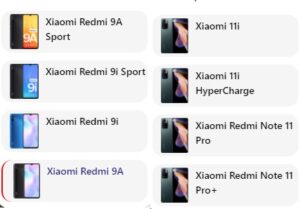 Let’s take it for Poco F3. Poco F3 is a great phone with great hardware, but this phone is also being sold as Mi 11X and Redmi K40. Those three devices all have the same hardware inside, but slightly changed software. It is unknown that why Xiaomi does this, but this marketing technique is really bad, making the users reconsider buying a Xiaomi device in the first place.

There is so much to explain about this, but speaking shortly, imagine the Global firmware as a knockoff of a top quality game, and the China software being the actual game itself. MIUI Global has so many flaws, so many bugs that are really easy to spot and can be irritating. MIUI China is the one that doesn’t have those flaws, no bugs to spot easily and top-notch UI usage with the maximum amount of performance you can get from MIUI. 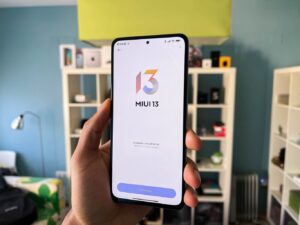 There was also MIUI EU firmware, which was a custom MIUI firmware that localizes MIUI China into your local language. But MIUI EU also started to have flaws, that is even worse than MIUI Global itself. We recommend you to avoid MIUI Global and install MIUI China firmware for getting the best experience from MIUI.

MIUI Camera app is coded well for your current phone, but it’s not coded enough. MIUI Camera app also has it’s flaws, which is based upon if your device is a Xiaomi or a Redmi device. If you have a Redmi K40, you will much likely see less features than a Mi 11X. That’s where Google Camera comes in. Google Camera never blocks your camera’s true potential, and has coded well for your device. You can adjust every single settings in your camera and take the best, sharpest, most quality pictures. 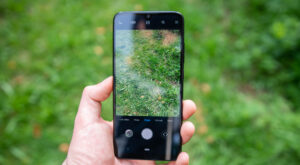 As Xiaomiui, we have the best app for you, GCamLoader, you can get your hands in the Google Camera you desire by clicking the link below. 7. Every Device Has Different Feature

Redmi/Poco and Xiaomi series, they are all looking different on the outside, right. But not in the inside. The MIUI software in the devices Poco F3, Mi 11X and Redmi K40 are way different. There are mostly animation differences, settings differences, app differences and performance differences. 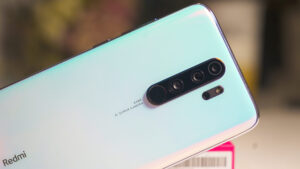 Most of the users that has the different variations of those devices has reported differences in animation speed and smoothness, difference on battery usage, difference on performance and settings as a whole. Xiaomi does this in order to sell more Mi units rather than Poco or Redmi units to make people have the premium usage but in reality, the other variants have the same hardware but more of a restricted software.

This might be the one of the most hated issue that Xiaomi ever does.

Some of the users has been reported that image and video quality decreases in social media apps like WhatsApp, Instagram and so on. Looking at WhatsApp and Instagram, it might seem normal that the quality decreases, since those apps have a quality decreasing function in order to save space from the data centers. But this one is way, way different.

This is also Xiaomi’s fault in coding Redmi devices. Redmi devices has been really dropped into the bottomless pit of faulty code. Even if your Redmi K40 has the best camera settings in the world, your image/video quality will decrease into pixels thanks to Xiaomi’s failure of performance decreases.

Xiaomi’s a great company with great devices, right, but they have so many flaws, so many failures that it’s users cannot unsee. The biggest issue is their Redmi devices. For selling Xiaomi many more than Redmi, Xiaomi has been dropped Redmi into the bottomless pit of performance decreases, faulty coding, faulty UI, corrupt updates, feature restrictions, firmware quality based on regions, releasing the same device with dozens of newer names and being EOL too early to begin with.

Xiaomi MUST fix those flaws as soon as possible, if not, those issues might return in the end of Xiaomi itself as a company. Most of the users wouldn’t want that.