Xiaomi has been teasing the launch of the upcoming Xiaomi 12 Pro smartphone in India. The company’s latest flagship smartphone is finally confirmed to launch in the Indian market too. After the release of the device in Chinese and Global markets, the Indian fans were waiting for the device to launch in their country too. However, the official launch date is still unknown. 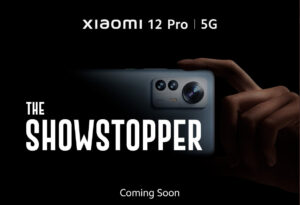 To give you an idea, the Xiaomi 12 Pro was priced in China at CNY 4699, which is roughly INR 55,000 converted. As a result, it is possible that it will be launched in the country with a starting price of around INR 60,000 (CNY 5090 and USD 800). It will compete with devices such as the recently announced Samsung Galaxy S22 and the upcoming iQOO 9 Pro. If the device is launched in India at the specified price, it will undoubtedly be a killer smartphone with top-tier specifications. Specifications such as Snapdragon 8 Gen 1, 50MP Sony IMX 766 OIS+ 50MP ultrawide+ 50MP telephoto, 120Hz curved LTPO 2.0 Super AMOLED display, and 120Hz curved LTPO 2.0 Super AMOLED display are uncommon at this price range, at least in India.