In recent days Xiaomi unveiled their new laptop. It’s a Windows laptop made by Xiaomi. It’s a 2 in 1 laptop supporting touch screen. Read our post here to learn more about new Xiaomi Book S 12.4″. Apple got a success with ARM based M1 CPU on their laptops. And now Qualcomm also manufactures ARM based CPUs for laptops/tablets. 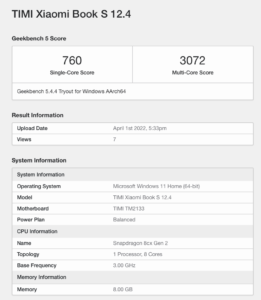 As seen on other laptop/tablet devices with Snapdragon 8cx Gen 2 results, all the devices got a very similar scores. Except some devices all of them got around 3K multi score. 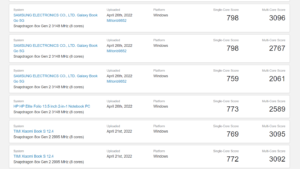 Can Xiaomi Book S catch up M1 in terms of performance? 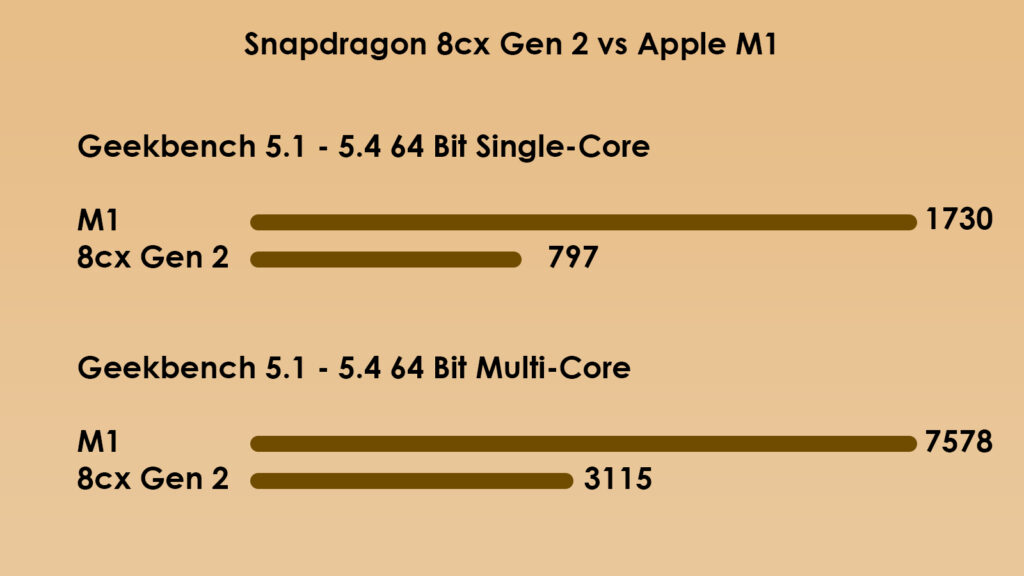 Median of the multiple results have been given on the results. Snapdragon 8cx Gen 2 vs Apple M1 comparison via notebookcheck.net