As every year, Mobile World Congress (MWC) continues and includes many brands. Although the congress could not take place in 2020 and 2021 due to COVID-19, this year it will be held from February 28 to March 3.

Many exciting new products are expected to be introduced at the convention. Xiaomi officially approved that she would join MWC 2022 with a post posted on her official Twitter account and gave a series of ideas about products. 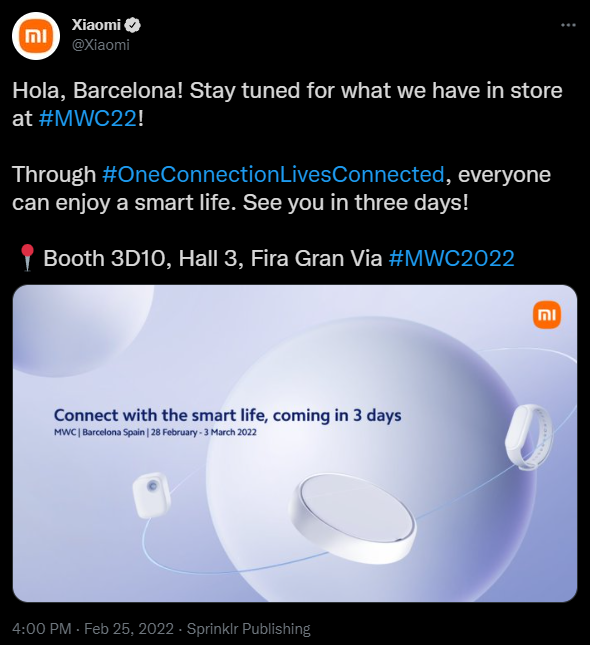 As seen in the official image, a booth with smart home devices and smart accessories is generally expected. It is possible that we will see the unveiling of the Mi Band 7. Smartphone models are not expected to be unveiled.

On February 25, a certificate for a new smart band model was revealed, which is still unknown, but will probably be called Mi Band 7. (t.me/XiaomiCertificationTracker/2859)

MWC 2022 will be held at the Fira Gran Via in Barcelona. Xiaomi’s location at the convention is Hall 3, Booth 3D10.