Xiaomi’s TWS sales have been increasing ever since the tech giant released their AirDots headphones, and now they’re among the top vendors for TWS headphones. Well, what’s their marketshare like? What are other brands’ ranking on the list? Let’s find out. 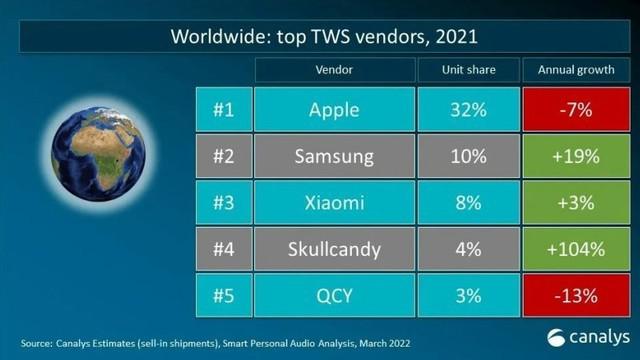 Rankings of other brands

Apple is ranked at first place, with 103 million shipments of TWS headphones with their AirPods series, Samsung at second place with 43 million shipments of their Galaxy Buds, and Xiaomi at third place with 23 million AirDots sales worldwide. However, Apple’s sales includes Beats headphones and Samsung’s sales include Harman subsidiaries as well, so they’re getting marketshare via their subsidiaries too. Xiaomi, however, is at third place with only their devices.

Apple has fallen 7% on the marketshare chart, due to the delayed release of 3rd gen AirPods, while Samsung’s marketshare increased by 19%, and Xiaomi’s marketshare has increased by 3%. This may not sound that impressive, but that account for a large amount of sales worldwide. 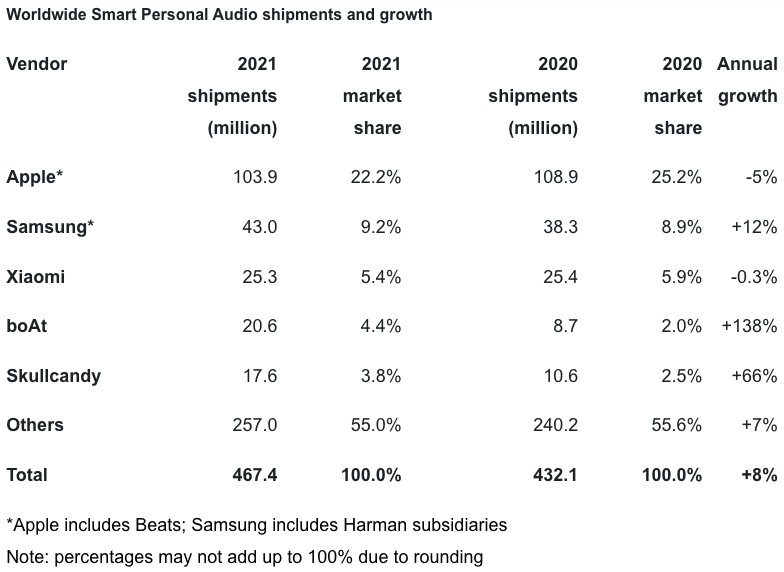 What do you think about the spot for Xiaomi’s TWS sales on the marketshare chart? Do you think they deserve it? Let us know in our Telegram channel, which you can join here.