Mi 10S was one of the great devices launched by the company back in the past. It offers a pretty good set of specifications like a Qualcomm Snapdragon 870 5G chipset, which is still one of the most consistent performing flagship chipset, 90Hz AMOLED display, Quad rear camera with a 108-megapixels primary camera, 13-megapixels ultra-wide lens, 2-megapixels depth and macro each.

The Xiaomi Mi 10S was a China-only device, so it was not released in other markets. The Mi 10S is currently unavailable for purchase in the country, so a Weibo user inquired whether the Mi 10S would be available in the future. In response to this post, Lei Jun, the CEO of Xiaomi Business Group of China, confirmed that the Xiaomi Mi 10S has been officially sold out and will not be available in the future. In addition, ITHomes confirms that the device is currently out of stock on Mi.com and JD.com (Jingdong). 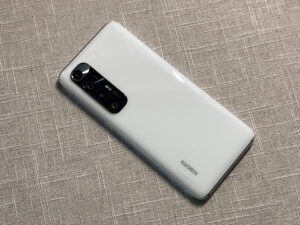 Talking about the specifications, it offers a surprisingly good set of specifications such as a 6.67-inches FHD+ curved AMOLED display with support of a 90Hz high refresh rate and HDR. It was powered by the Qualcomm Snapdragon 870 5G chipset coupled with up to 12GB of RAM and 256GB of internal storage. It boot ups on MIUI 12 based on Android 11 out of the box. It was backed by a 4300mAh battery coupled with a 33W fast wired charging support.