In Samsung, most of it’s users are mostly enjoying the simple user interface called OneUI, but for the most of the Samsung devices, OneUI can be a real phone killer, because OneUI is known for having the most bloatware on a software after Windows 10/11. All of the bloatware is killing the phone inside out especially if your phone has low specs like a 2/32 Galaxy A11. The user-friendly UI can be a real pain for you.

In Xiaomi, most of the devices are user friendly, performance friendly, literally is there for giving the user the best performance and the simplest yet the best user experience ever given.

Here are the reasons that why you, the Samsung user, will love Xiaomi:

Animations in OneUI are really janky and slow, it also depends on your device, only and only S,Note, Z Fold/Flip series get the best animations in the whole phones list, the rest has mid-range and low end animations inside. On MIUI, animations depends if you have a Redmi/Poco or Xiaomi, Redmi and Poco’s animations can be janky but never so slow like OneUI’s animations.

UI-wise, OneUI likes to keep things simplified for its’ users, and always aiming for giving the premium quality, but, on Samsung’s mid-range and low end devices, OneUI might make the user suffer because how the UI becomes unresponsive day by day, it’s like Samsung has designed those mid-range and low end phones’ UI’s specifically to make the user upgrade to a newer and more premium device of them. In Xiaomi though, The UI is always responsive and it doesn’t depend on the device quality. MIUI is designed for giving it’s users the best responsive experience ever.

Most of the mid-range Samsung devices have really bad camera sensors attached to it, it makes the user wishing that camera haven’t existed in their phones in the first place, and not even going to talk about the camera app itself. The camera app has least amount of configurables, little to no customization at all. Samsung tried to keep it simple but they failed on the app quality itself while doing so.

Xiaomi’s MIUI camera app alone kicks Samsung out of The Grand Canyon, and the midrange phones that use the best camera sensors that is ever made, Xiaomi really does keep the camera game intact. MIUI camera app is highly configurable, doesn’t have restricted options like Samsung camera app does, and also, it’s coded to take way greater and way better photos. 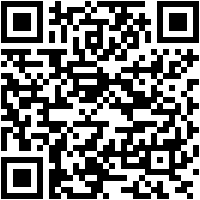 When it comes to pricing, Samsung can be really stingy. Most of their mid-range devices are being sold like they’re flagship devices. While Xiaomi keeps a balanced pricing system to sell their most price to performance devices they ever made in a yearly basis.

Samsung really does their pricings bad, while Xiaomi keeps it on a good balance. Samsung users will probably be satisfied to the pricings alone.

Xiaomi always listens to its’ users for making their devices way better every single day, any long-term customers of Xiaomi is happy on what Xiaomi is today and on what Xiaomi is becoming every single surpassing day. While Samsung only cares about the premium quality and keeps things low for the mid-range and low end users. All of the thing that’s listed above, Xiaomi does it the best, while Samsung keeps it good only for its’ high end devices, the question is, why does Samsung do this?

The best guess is probably to make their users feel their premium feel rather than using low-end devices that won’t even last a year.

Samsung has came a long way in the phone industry, has made so many innovations, so many memorable devices on its’ journey. But in today’s standards, Samsung has really started to take a downfall, mainly because of it’s “premium devices are top priority” standards. A series was meant to be only for low end and mid range devices that was supposed to be premium, but they failed on it. On Xiaomi’s side, the things are going great with their Redmi/Poco devices as well as their top-notch Xiaomi series. Xiaomi really does use “Customer is always right” policy to it’s best and that’s why they are so successful on making the devices that it’s users love.

Samsung really needs a rework on their plans, or else, it would bring nothing but their downfall.