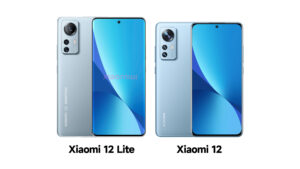 In terms of specifications, it is expected to borrow a few from the Xiaomi 12 and a few from the Xiaomi CIVI. It will have a 6.55-inch 3D curved OLED panel with 1080×2400 resolution and a refresh rate of 120Hz, as well as FOD support. Goodix powers its in-display fingerprint reader. It could be powered by the Qualcomm Snapdragon 778G+ processor. The Xiaomi 12 Lite has three cameras. The primary camera will be a 64MP Samsung ISOCELL GW3. It also has ultra-wide-angle and macro lenses to help the primary camera. None of the lenses will have an optical image stabiliser. There will also be stereo speakers on the device. It is expected to run the MIUI 13 skin on Android 12 out of the box.