Xiaomi is one of the world’s largest smartphone businesses, always competing with Apple for second place, and it sells devices under a variety of sub-brands such as Redmi, Poco phone, and Black Shark.

Xiaomi provides high-end devices with the most up-to-date features and technology that cost 60% less than other manufacturers. Xiaomi is the greatest phone brand to consider if you’re seeking a high-quality and budget-friendly Android phone. You won’t regret choosing a Xiaomi phone because it’s affordable, with flagship-killing specs, and has an appealing design.

However, a variety of elements such as display size, CPU, camera, build quality, and pricing can all influence your decision. Here’s a list of budget Xiaomi phones you can buy in 2022 to aid you in your search for the finest Xiaomi phone with top-quality features.

Xiaomi is making a name for itself in the mobile gaming market, and the Black Shark 4 is helping it do so. It features the premium specs you’d expect from an expensive gaming phone at mid-range pricing. It has a Snapdragon 870 processor and up to 12GB of RAM, allowing users to play the latest games without lags or stutters. It can also multitask with ease, regardless of how many tabs you have open at the same moment. 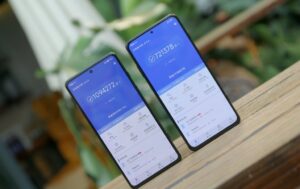 If you play games for long periods of time, your phone is likely to heat up, interrupting your gaming flow. Thankfully, the Black Shark 4 includes an updated “Sandwich” Liquid Cooling System that, as stated, may lower heat by 30%.

You can also brag about its 6.67-inch Super AMOLED display with a 144Hz refresh rate. Despite the fact that its HRR control is limited to 120Hz outside of gaming, the Black Shark’s visuals are nonetheless impressive when compared to other phones in its price range.

The camera features a triple-lens system with a 48 MP primary lens, an 8 MP ultrawide lens, and a 5 MP macro lens. In excellent illumination, these lenses perform admirably. On the other hand, the front camera has a 20-megapixel resolution and a decent beauty mode.

A 4,500mAh battery isn’t horrible in and of itself. However, for a gaming phone, it could have been higher to let customers to play for longer periods of time. The battery on the Black Shark 4 is something you can easily obtain from a cheap phone.

Xiaomi 11T has reasonable specifications and is less expensive than most Mi 9 variants. Despite losing some of the flagship features, it kept the most of its high-end components and even made a few improvements. 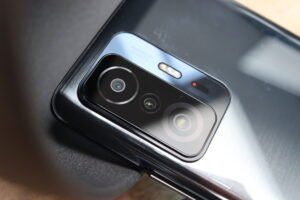 The phone has a 6.67-inch AMOLED display with a resolution of 1080 x 2400 pixels. It boasts a 120Hz refresh rate, but due to the lack of Dolby Vision, it is only as adaptable as the Mi 11. The Xiaomi 11T retains the triple camera setup from the Mi 11 with very little tweaks in the camera department.

The battery is the Xiaomi 11T’s strongest selling point. It’s a battery-saving smartphone that could give the Mi 11 a run for its money.

The switch from Snapdragon 888 to Dimensity 1200 saves a lot of battery life on the Xiaomi 11T compared to the Mi 11 series.

Redmi phones have established themselves as the industry standard for mid-range cell phones. As a result, many of the units in this range have exceeded people’s expectations in terms of value and features. Xiaomi Redmi Note 10 Pro is one of these gadgets. 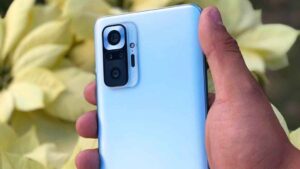 This phone does not disappoint an all-rounder hunter with its 6.67-inch display. It’s also protected by Gorilla Glass 5, so you can rest assured that the smartphone is well-built. The cameras include a 108-megapixel wide-angle rear camera, an 8-megapixel ultrawide camera, a 5-megapixel macro camera, and a 2-megapixel depth sensor.

Because it has a 16 MP resolution, the selfie camera also performs admirably. The Redmi Note 10 Pro includes a non-removable 5020 mAh battery, which is a plus for a mid-range gadget. It also comes in three different RAM configurations: 64GB/6GB RAM, 128GB/6GB RAM, and 128GB/8GB RAM.

Xiaomi is quickly establishing itself as a prominent participant in the inexpensive phone market, as seen by smartphones like the Xiaomi Redmi Note 9S. 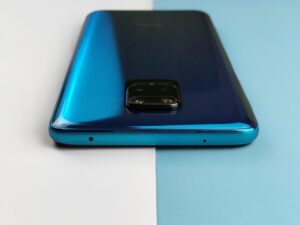 It offers a large and long-lasting 5,020mAh battery, respectable performance from the Snapdragon 720G chipset, and a fantastic 6.67-inch 1080 x 2400 display. A quad-lens camera with a 48MP primary sensor, an 8MP ultra-wide sensor, a 5MP macro sensor, and a 2MP depth sensor is included, as well as up to 128GB of storage.

The Redmi Note 9S is a little chunkier than we’d like, and it misses the POCO X3 NFC’s flashy 120Hz screen, but it comes very close to matching that phone, and it’s also very cheap.

You may also like: Best Xiaomi phones you can’t get on global