As we know, Samsung has made so many UI revamps, so many changes in their whole UI/UX system, with OneUI, they have achieved perfection. Before OneUI existed, Samsung was very experimental with their UI systems. There was Touchwiz, and then Dream UX, and then Samsung Experience. OneUI was their last shot, and they aced it. OneUI’s rounded corner-y UI really gives the user the simplicity they want.

For Xiaomi’s side, there was only one UI and one name, kept on updating. and that UI’s name is MIUI. MIUI started from scratch, from 1 to 13 now. It had drastic UI changes, which still is happening, we’re seeing new UI elements every single year. MIUI just keeps on getting better and better every single day. Most of the users are happy with what MIUI is today, simple, smooth/fluid and fast. 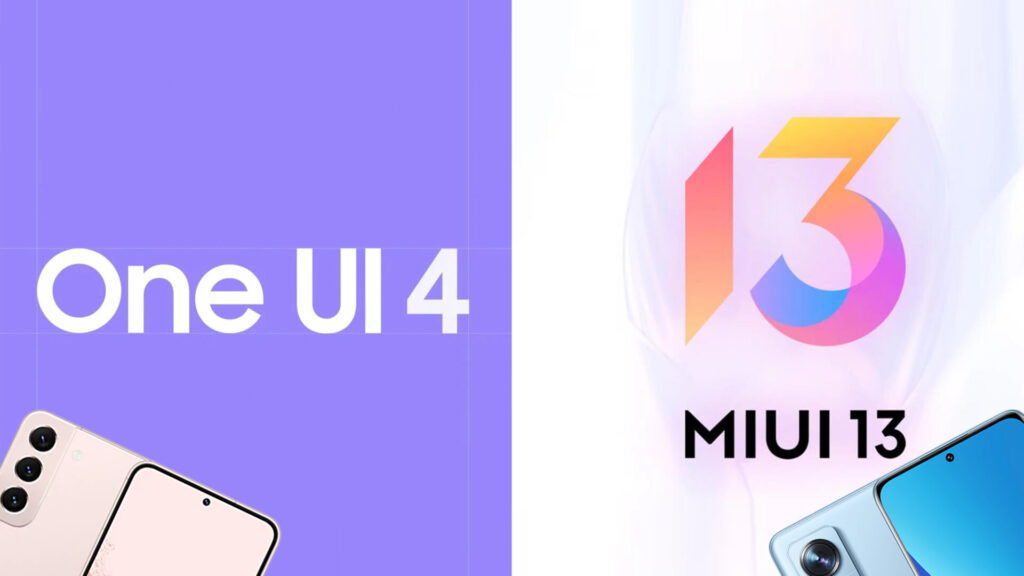 Now, let’s see what those UI’s have in hand and how they differ from each other.

For MIUI, animations differ for Redmi and Mi devices. In Redmi, animations can be a little janky and over the place, but they’re still better than your mid-range Samsung. For Mi devices, the animations will be the smoothest and fastest animations you can see in any Xiaomi devices.

It all depends on the specifications of your device.

OneUI’s home screen literally tells you anything you want, simplified end user experience. You can long-press, go into settings, and change any option you want to, and it’s all detailed! Samsung knows how to make the most simplified user experience.

MIUI’s Home screen is also like OneUI’s, but MIUI comes with an iOS-styled “all apps in home screen” kind of experience, you can still manually turn on the app drawer if you want to. Xiaomi also knows how to make the simplest home screen experience for the end user.

OneUI’s Recents panel is very much alike iOS, horizontally, but in a good way, you can switch to your apps so easily, with a “close all apps” button in the middle, you can also press hold on the app’s icon to split-screen, and there’s also a “most used apps” bar.

MIUI’s recents are changeable to your desire, there’s iOS lookalike mode, Horizontal mode, and then there’s the Vertical mode, you can change in those two modes to your desire.

MIUI’s quick settings has an iOS-y feeling on it, it has its own control center and notifications seperated for the best user experience possible, but fret not, you can still turn on the old quick settings from the settings.

OneUI, on the other hand, has your normal quick settings menu, no seperated notifications and a control center, it’s all there. You can change your quick settings quickly with the three dots on the corner. It also has the power button on the QS menu.

They all own their unique abilities, which adds on to the feeling of using two seperate UI’s.

MIUI’s lockscreen is also gorgeous, has a big clock/date combo, great place to showcase your wallpaper, notifications closed by default (can be activated via settings), great lockscreen UI.

On OneUI, all of the settings has been simplified to find, all there, waiting for you to flick the switch to the other way, so you can discover all of the alternative settings that has been implemented to your current device by Samsung themselves.

On MIUI, settings are a little more complex and has way more settings than OneUI does, you can almost change everything on your UI.

In OneUI, there are mostly three prompts in your power menu:

You need to double click these prompts to activate them (emergency mode excluded), simple and animated.

In MIUI, there are two sliders:

You slide on one of them, it works without wanting a second prompt.

There isn’t any winner here, those two UI’s have their own users, their own unique features, their own usages. Performance wise though, MIUI can easily take on OneUI with no questions asked, Samsung needs to adjust their UI performance a little more, and that will probably happen with the upcoming OneUI 4.

About MIUI, MIUI is still climbing on top with their latest entry, MIUI 13. MIUI 13 offers a lot of performance improvements, after MIUI 12.5’s success, MIUI 13 has a lot of expectations, both performance wise and quality of life wise.

Both of the UI’s has its flaws too, OneUI having the ungodly amount of bloat inside, making useless RAM usage, mostly making your phone slower and MIUI having not the best stability. But those things will probably be fixed over time, because of Android itself updating every single year.