Poco India has just launched the Poco M4 Pro 5G in India. It looks like there is also a 4G variant of the device. The leaks about the Poco M4 Pro 5G was hovering online for the last few days, but now the device has been listed on the Geekbench certification which hints towards the imminent launch. The device is already expected to launch soon, both globally and in India.

A Xiaomi device with model number 2201117SI has passed through the Geekbench listings. The device is nothing else but the forthcoming Poco M4 Pro 4G smartphone. The handset has been listed with the MT6781 processor, it’s the MediaTek Helio G96 chipset. We have already seen the chipset in the Redmi Note 11S smartphone. The device managed to achieve a single-core score of 526 and a multi-core score of 1832. 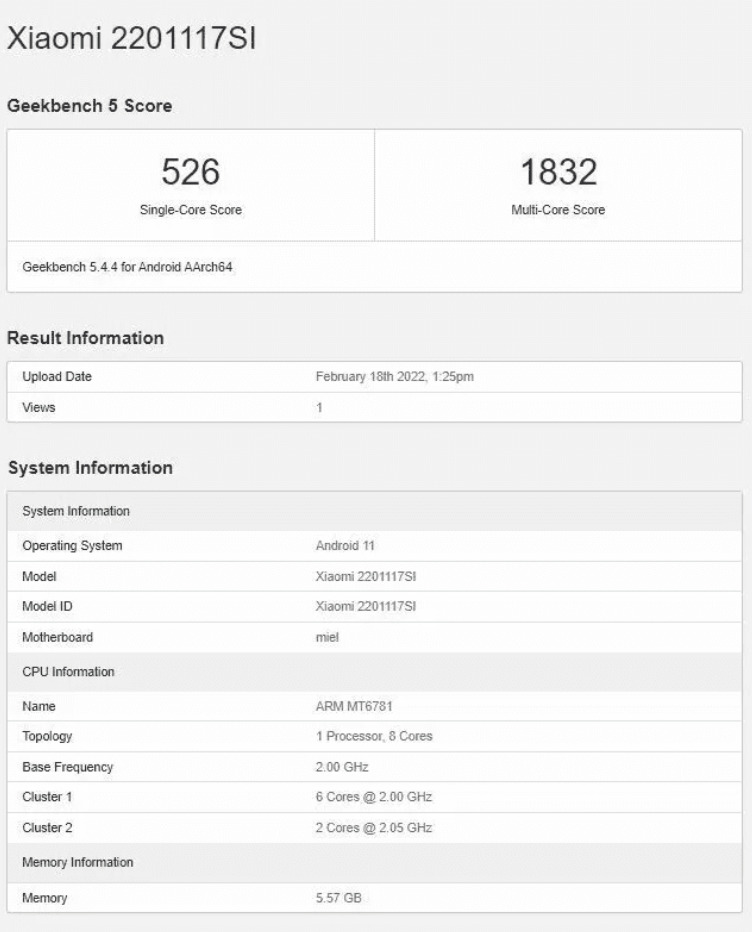 The device listed on the Geekbench was running on 6GBs of RAM and Android 11. This confirms that the Poco M4 Pro 4G will boot up on Android 11 based MIUI for Poco skin out of the box, while on the other hand, the 6GB variant also has confirmed. As of now, we don’t have many details about the upcoming smartphone. No major specifications of the Poco M4 Pro 4G have been tipped online to date. But as the device is expected to be the rebranded version of the Redmi Note 11S device.

The Redmi Note 11S also power-ups using the same MediaTek Helio G96 chipset. It further boots up on MIUI based on Android 11 out of the box. As for the other specifications, the device offers a quad rear camera with a 108MP primary wide, 8MP secondary ultrawide ad 2MP depth and macro each. There is a 5000mAh battery which is further rechargeable using the 33W Pro fast wired charging.