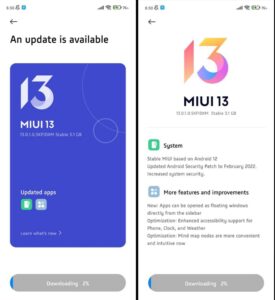 MIUI 13 update, which is 3.1GB in size, increases system stability and also adds new features. Only with the update Mi Pilots can access, all users will be able to access the update if no critical error is found. Finally, if we talk about the Redmi Note 10 Pro, it is the first device to bring a 108MP lens to the Redmi Note series, and it comes with a big advantage such as AMOLED panel compared to the previous generation. It should be noted that one of the most interesting devices of the Note series is the Redmi Note 10 Pro. We have come to the end of our update news. Be sure to follow us for more such information.