Xiaomi‘s MIUI is already pretty similar compared with iOS. But the thing is the company has been removing animations from some of its budget smartphones like Redmi Note 9 Pro and the Poco smartphones already lack animations. If you want iOS-like animations and a recent menu on your Xiaomi smartphone, then you are in right place. Here’s a short glimpse of those animations.

Get iOS-like animations and a recent menu in MIUI

This method will only work for rooted smartphones, so your smartphone should be rooted before proceeding to the next steps. There’s a magisk module namely iOS Launcher which allows one to get iOS-like app opening and closing animations, recent menu and folder animations. The animations on this one are even more superior when compared with the stock MIUI, the developer has provided the Gaussian blur effect and rubber band effect in the app folder to give you a pure iOS-like feel.

We are already aware of the fact that MIUI for Poco doesn’t have any animations, so by using this module, you can get animations on the Poco smartphones even. Let’s have a look at how to download and apply this magisk module to your Xiaomi smartphone. To download the iOS launcher magisk module, click the link given below.

If you have finished downloading the zip, Open the magisk and then click on the “modules” tab, and then click on “install from storage”. Now locate the zip and tap on it, it will now start flashing in your smartphone. After a few seconds, you will get the “Reboot” button. Tap on it and your smartphone will be rebooted now. As soon as your device boots up you will get to see new animations in your device. 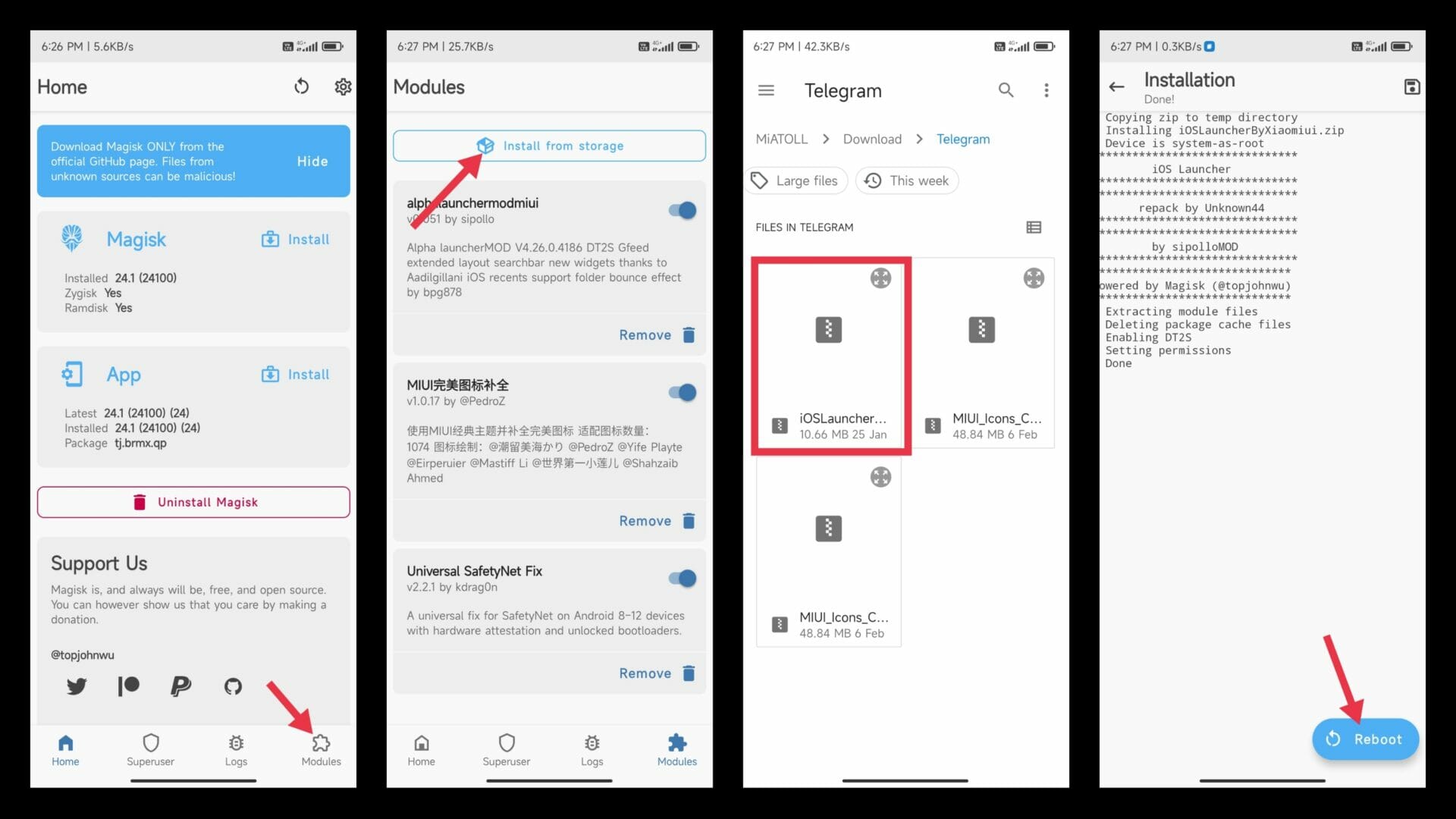