Smartphones with wired charging speeds up to 120W use dual-cell system without exception. The price of high speed charging is to reduce the utilization of the internal space of the phone. The dual-cell battery when compared to single cell battery, capacity is about %3 to%4 lower than single cell, even more than that dual-cell batteries need another chip for charging and because of this efficiency will result in a waste of %3 to %4 of power. Single-cell battery can fix these problems but it faces a huge challenge to increase charging power above 100W.

Goal of the Xiaomi is to achieve best balance between battery life and charging performance and to achieve single-cell 120W wired fast charging.

In the past single-cell fast charging solutions, to convert 20V voltage input to the device into a 5V voltage, a series of parallel circuit of 5 different charge pumps is required. Because of this the curcuit produceses lots of heat, it is impossible to charge at full power for a long time and it is even more diffucult to achieve 120W fast charging, which is unacceptable for Xiaomi.

To redesign the entire charging architecture, it is necessary to redefine the function of the fast charging chip. The core of Xiaomi’s 120W charging is two self-developed smart charging chips; known as Surge P1. Surge P1 takes over the complex structure of the traditional 5 charge pump and convert the high-voltage power input to the mobile phone into a large current that can be directly charged to the battery more efficiently. 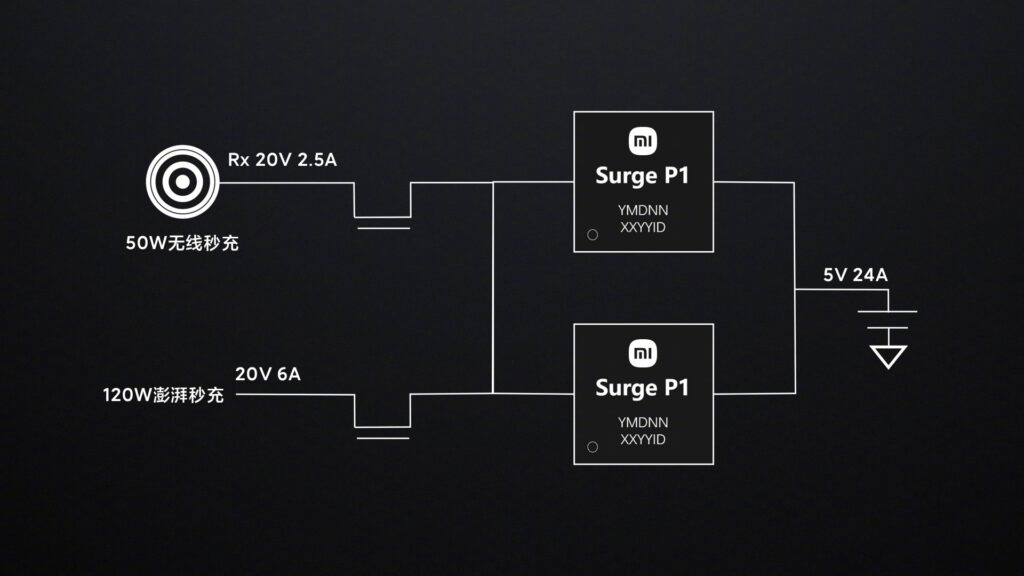 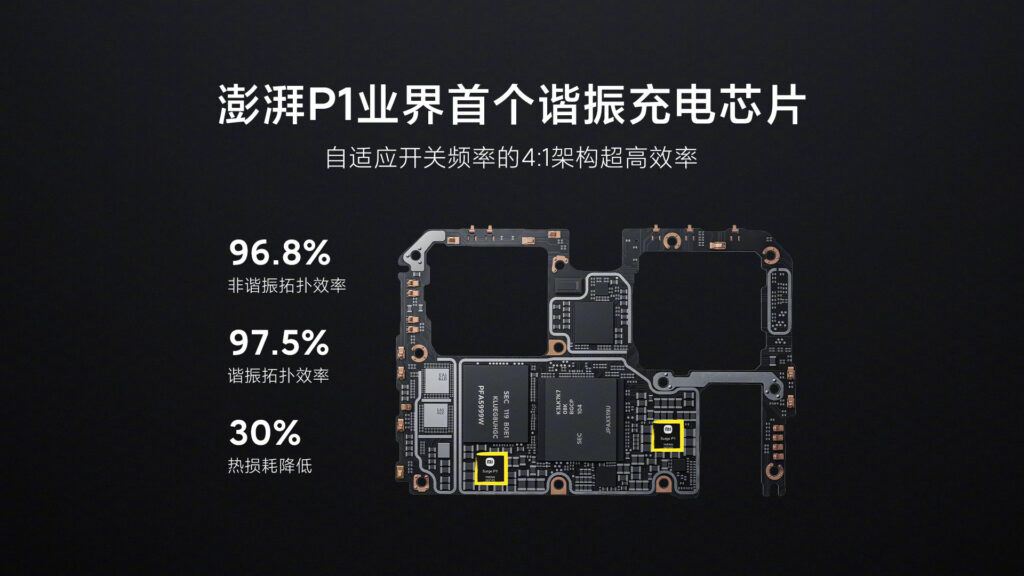 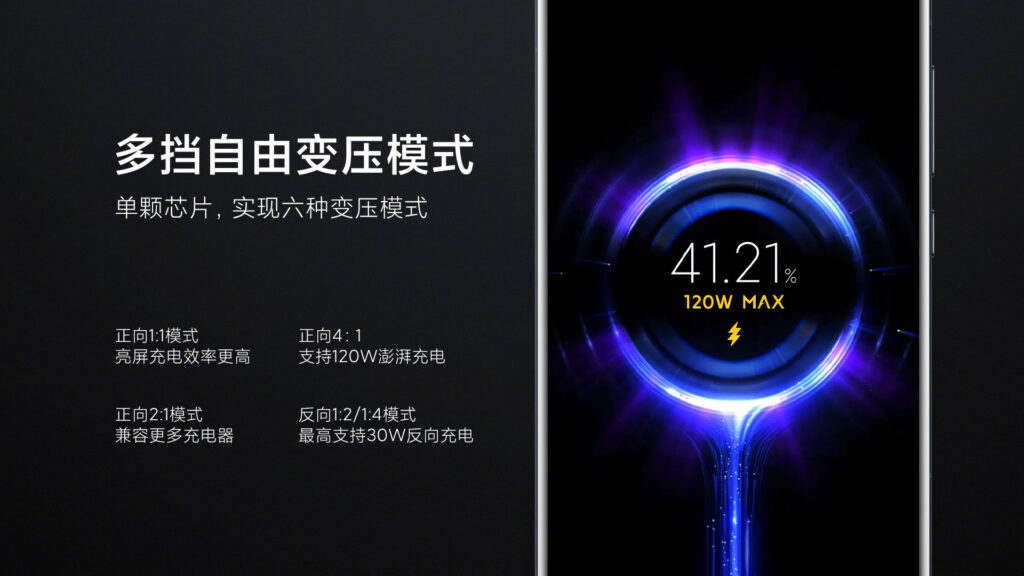 4:1 charging chip with the highest charging efficiency and the most difficult design

At the same time, Surge P1 is also the 4:1 charging chip with the highest charging efficiency from Xiaomi, which can achieve ultra-high power density of 0.83W/mm²,  LDMOS also reaches the industry-leading ultra-low 1.18mΩmm² RSP. The Surge P1 chip needs three different FLY capacitors with different voltage resistance. each capacitor needs an independent short circuit protection circuit and each operating mode needs to strictly control the precharge voltage, the number of power tubes is close to two traditional charge pumps, and because of the increase in topology design and functional complexity, each Surge P1 needs to pass more than 2500 tests before leaving the factory, which is much higher than the traditional charge pumps. 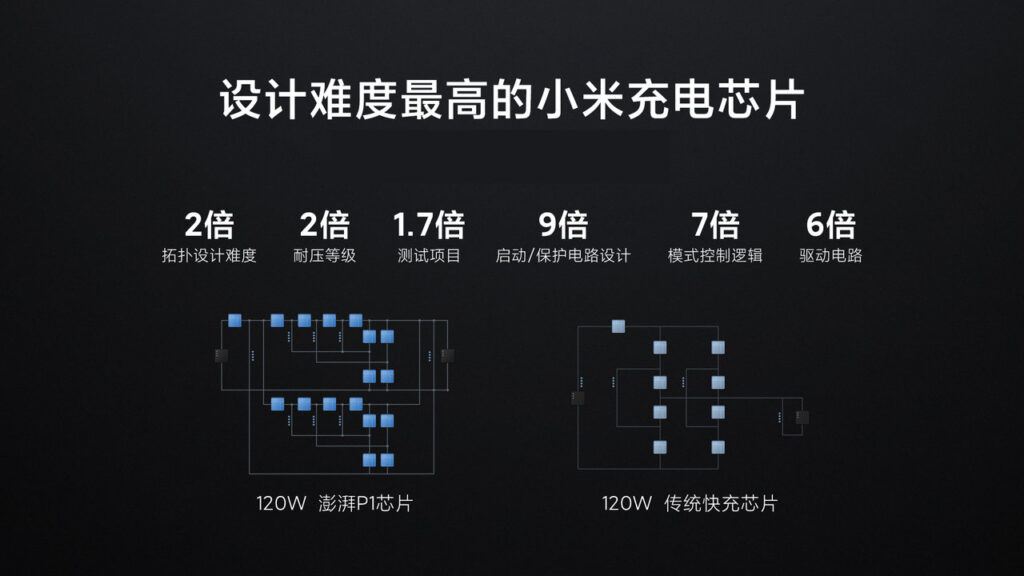 In the end, with Surge P1 chip‘s help, Xiaomi is able to simplify the charging circuit and at the same time the ultra-high efficiency of Surge P1 means that heat generation will be less and the full power charging can continue for a longer time.

In the fast charging industry, Xiaomi is ahead of other manufacturers, using self-developed charging chips. We will know more about Surge P1 and its capabilities on December 28!