Do you know some OnePlus devices have ColorOS? Oppo’s ColorOS is a beautiful and smooth interface, primarily designed for Oppo’s Reno, A series and Find series. And despite the recent refusal of OnePlus about how OxygenOS will never be replaced on OnePlus devices, some of their devices already run ColorOS! Let’s find out which devices do, and why.

Why do some OnePlus devices have ColorOS, and some don’t?

Starting with the OnePlus 9, OnePlus’ Chinese market devices have been running a customized version of ColorOS. A quote from OnePlus regarding this says that ColorOS is “better suited to their liking”, as to why the Chinese market gets ColorOS, and the global market gets OxygenOS. The company apparently wanted software that reflected the “different usage habits” of people around the world. 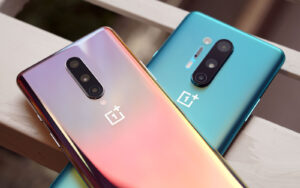 As stated above, every phone OnePlus devices have ColorOS, starting with the OnePlus 9, that is being sold in the Chinese market. For now, you won’t see OPPO‘s ColorOS on any OnePlus phones that are being sold outside of China. Everyone else will continue to use OxygenOS. And this isn’t the first time OnePlus has separated OxygenOS from its Chinese devices. Back in the CyanogenOS days, the OnePlus devices have ColorOS in China instead of OxygenOS. And there was also HydrogenOS. So, this is more or less a “return to the roots” move from OnePlus.

The devices that run ColorOS are as follows and not limited to:

OnePlus’ current software crisis is surely a weird one, but we hope that it’ll get resolved at some point. Once the new software updates are released for OxygenOS and ColorOS, we will see if they are still similar.