People tend to spend more than a few hours exploring various specifications of smartphones advertised by different companies. After all, you are purchasing a piece of equipment that will most likely contain most of your personal information and will ideally be with 24*7. Memory, often known as RAM (random access memory), is widely regarded as the most significant feature of a smartphone. It’s a common perception among people that the more the RAM the better it is. So obviously the question arises- Why do we need a high capacity of RAM? RAM has a lot to do with the speed and overall performance of your phone. Let’s delve into more details.

Your phone’s main storage, which is significantly slower than RAM, may be able to keep your OS and frequently used apps running in the background. Even if your phone has the fastest chip in the world, it will still seem slow if it doesn’t have enough RAM. This is why we need a high capacity of RAM on our smartphones to enable us to run our operations quickly when multitasking between apps. Indeed, RAM is a type of storage that allows you to keep all of your data, movies, images, apps, and music while also assisting your phone’s performance.

What is RAM and What is it so important for your Smartphone?

Smartphones have gone a long way in recent years, and they now do more for us than ever before. More RAM is required for smartphones to continue to function efficiently as we undertake more and more things with them. Multitasking on smartphones necessitates instant access to memory, which RAM provides.

When you use your phone, an app or game is loaded into RAM. You can continue using an app without having to reload it as long as it is still in RAM. This is why multitasking requires a lot of RAM. The loaded programs remain until your RAM is full and you need to flush something to create a way for something else. Some key aspects to remember about RAM:

Why do we need a high capacity of RAM?

We’ve already examined how RAM can help smartphones run more rapidly, but now we need to know why do we need a high capacity RAM in our smartphones. As you may be aware, there are a plethora of smartphones on the market, each with its own set of features designed to entice customers while also meeting their demands. But one of the salient features to look in a smartphone is RAM. We need adequate RAM on our smartphones not just to ensure good multitasking but also to store big amounts of data in the form of apps. 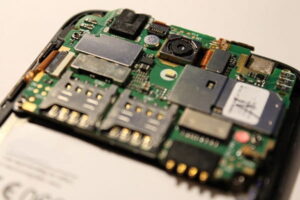 The more RAM a phone has, the more applications it can run properly. A phone with a lot of RAM is usually difficult to get stuck on. RAM has been increased to 8GB to 16GB  in recent years, and more smartphones are now equipped with it. Apps will entirely close anytime you switched apps if your phone didn’t have enough RAM. That means apps will have to entirely re-open, as if you were opening them for the first time after turning on your phone, causing a delay before you can use the app. This is why having a high RAM capacity smartphone is important.

Higher RAM allows your phone to store more OS data and apps  that you frequently use for quick access. Because the OS and apps you’ve previously used are available to use right immediately when you return to them, it creates the impression that your phone is really speedy. Random access memory also allows you to store more info on your phone. To run smoothly, any app software requires a minimum quantity of space and memory. If your smartphone doesn’t have enough RAM to support all of the apps you’re using or trying to use, they’ll run so slowly and that it’s not worth it.

Finally, how much RAM your smartphone requires is determined by how you use it, although this is no longer an issue. Perhaps a few hardcore users will profit from 12GB, but you could argue that 16GB is more future-proof. However, for the vast majority of people today, anything larger than 8GB is definitely overkill and fortunately there are plenty of options available. Because RAM is such an important part of how your smartphone works, if one storage place out of a thousand is damaged, your entire device could crash.

These few factors should have given answer to why do we need a high capacity of RAM in smartphones.