Google has professional camera of the smartphone market. Why Google Camera is best in market? Of course, one of the most important requirements of smartphone users is the camera. Smartphones that take great pictures are always one step ahead. Phone companies are in competition in this regard, high resolution mobile camera sensors reached today are the biggest proof of this. While 13MP was once a luxury, now there are even 108MP multi-camera setups. So how to explain that a phone with a 13MP camera takes much better pictures than another phone with a 108MP camera? with Google’s Pixel devices of course.

Of course, job doesn’t end with the camera resolution, all parts have to be the best. Camera sensor, camera application, photo processing stage etc. Only device that has proven itself in all these areas can Google’s Pixel devices. Even a Pixel device from a few years ago can still beat today’s mid-range phones when it comes to photography. So what makes Pixel devices so great when it comes to cameras? What does Google use on Pixel devices to produce such great photos?

Pixel phones can be called the continuation of Google’s Nexus phones, they come with a pure Android interface and are really good at camera. First Pixel devices are the Google Pixel and Google Pixel XL, it was introduced in October 2016. And most up-to-date Pixel devices are Pixel 6 and Pixel 6 Pro right now, it was released in late 2021. 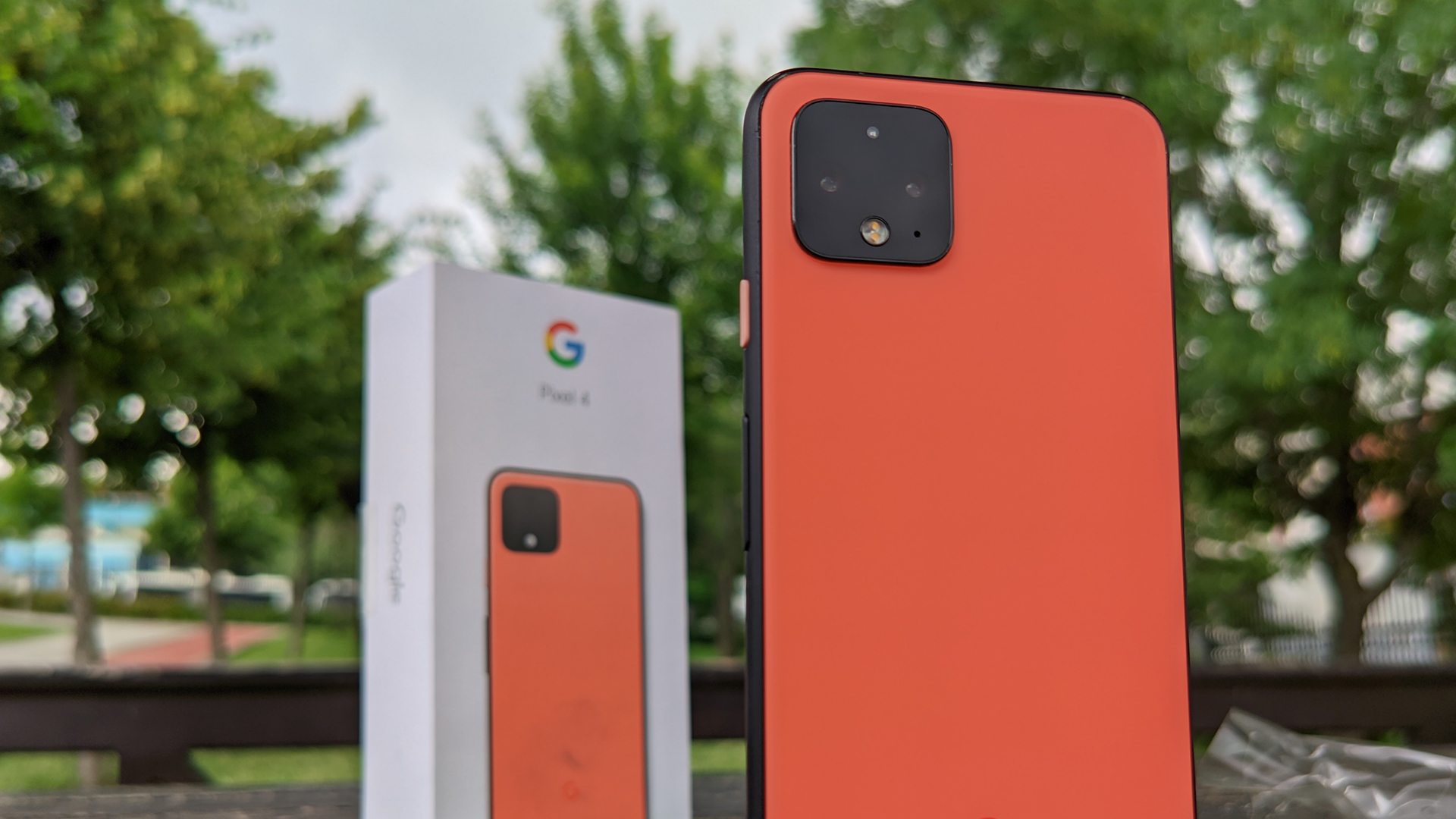 As we said, even older Pixel devices can take better pictures than mid-range smartphones today. There are actually many reasons for this, Pixel devices have many advanced features in terms of software and hardware.

Why Google Camera is Best at Photography?

There are many reasons why Pixel devices are good at photography. Quality camera sensors, low aperture and ideal sensor sizes. Pixel Visual/Neural Core with AI specially developed in image processing. Finally, in the software part, Google Camera, one of Google’s biggest works. We can take a look at them in sub-headings.

Most important reason why Pixel devices take such high quality photos is the Sony Exmor camera sensors that they always use in their devices (Pixel 6 series isn’t included). Sony Exmor sensors are generally preferred in flagship premium devices in the smartphone market, Apple’s iPhone devices are the biggest example of this. The reason for this is that they are of higher quality than other OmniVision or Samsung brand sensors. Also, Sony Exmor sensors break the “high megapixel” stereotype. For example, Samsung’s 108MP ISOCELL HMX camera sensor, although it looks better on paper, it’s actually not “best” due to problems such as focus problems and poor photo quality. 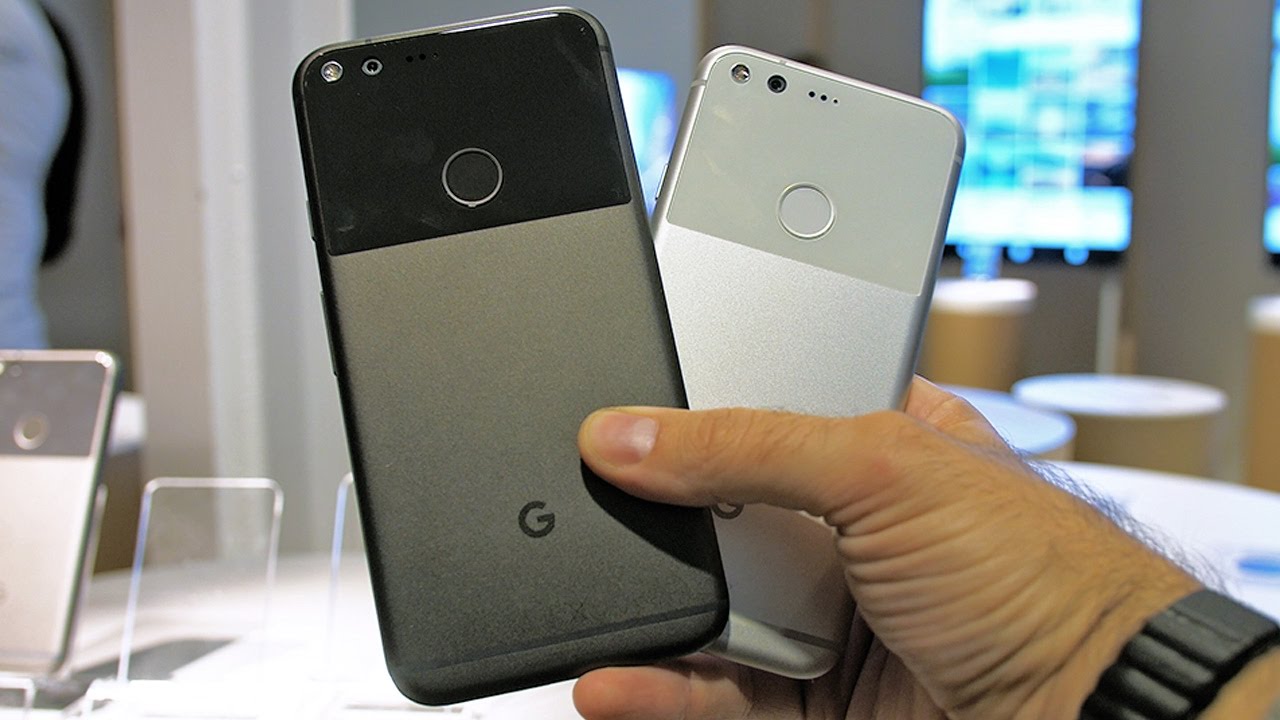 First generation Pixel phones used Qualcomm’s Hexagon DSPs and Adreno GPUs to speed up image processing. Along with Pixel 2, Google introduced its own private ISP, Pixel Visual Core. Pixel Visual Core is an ARM-based system series in packaged image processors designed by Google. It first appeared on the Google Pixel 2 and 2 XL, introduced on October 19, 2017. HDR+ processing can be done 5 times faster than standard processors. In this way, much more successful shading can be made in the images and the lighting can be done much better. Image quality has also been greatly improved. Apart from that, machine learning in the processor also ensures continuous improvement of photo shoots. 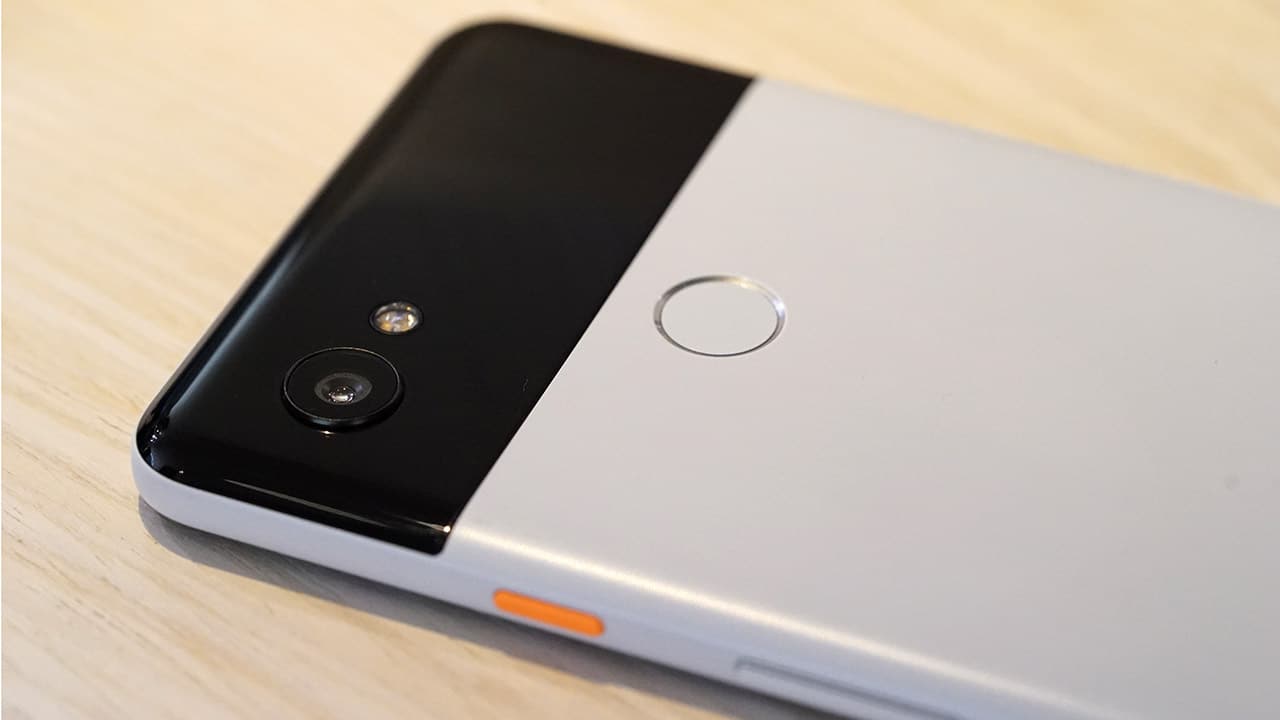 With the Pixel 4, this Pixel Visual Core processor is named Neural Core with its newly developed version. Typically considered the same as any other ISP, but this came with Edge TPU (Tensor Processor Unit). What is called Edge TPU was an AI technology that Google introduced in the field of IoT. Combined with the new Pixel Neural Core, it offered exceptional photo performance with artificial intelligence.

In conclusion, one of the main reasons why Google’s photo performance on Pixel devices is so good is that it uses its own ISP technology. Google really cares about this. Of course, we should not forget the Google Camera application, which is another part.

HDR+, unlike previous versions of HDR (high dynamic range) imaging, HDR+ takes continuous bursts of shots with short exposures. When the shutter button is pressed, the last 5-15 frames are analyzed to select the sharpest shots that are selectively aligned and combined with the image average. HDR+ also reduces shooting noise and enhances colors, while also preventing highlights and motion blur.

HDR+ enhanced As the name suggests, it is a more advanced version of the classic HDR+ mode. Unlike HDR+, it does not use ZSL (zero shutter latency). Like Night Sight, HDR+ enhanced features PSL (positive shutter lag), captures images after the shutter is pressed. Enhanced captures with HDR+ increase dynamic range compared to HDR+ on. It offers clearer and better photos with longer photo shoots.

Starting with Pixel 4, Live HDR+ with real-time preview of HDR+ has been replaced. HDR+ Live uses Night Sight’s AWB algorithm and averages up to nine under-exposed photos. Live HDR+ mode uses Dual-Exposure with separate sliders for brightness and shadows. This feature was made available for Pixel 4 and wasn’t added to older Pixel devices due to hardware limitations.

Google Camera’s Portrait mode is unique. This Portrait mode (formerly Lens Blur) provides an easy way for users to take ‘selfies’ or portraits with Bokeh effect, first introduced on the Pixel 2. This effect is achieved through the application of machine learning. In addition, a “face retouch” feature can be activated, which removes imperfections and other imperfections from the person’s skin. Pixel 4 had an improved Portrait mode, machine learning algorithm uses parallax information from telephoto and Dual Pixels to create more accurate depth maps and difference between telephoto camera and wide camera For front-facing camera uses parallax information from front-facing camera and IR cameras.

It can be said that the biggest feature that distinguishes the Google Camera application from other camera applications. Available on Pixel smartphones since 2018, Night Sight works using AI to capture low-light scenes with a long exposure when shooting handheld. It allows you to take vivid and detailed photos in low light without the need for a flash or tripod. It looks for other issues such as camera shake blur, motion blur, and loud image noise, and then works independently to remove them from the final shot. This feature came with Google Camera 7.x version.

When the user presses the trigger, multiple long exposure shots are taken, up to 6 seconds. Motion metering and tile-based processing of the image reduce, if not cancel, camera shake, resulting in a clear and properly exposed shot. It also supports a learning-based AWB algorithm for more accurate white balance in low light. Like enhanced HDR+, Night Sight has PSL (positive shutter lag). Night Sight was introduced with Pixel 3 and all old Pixel phones were updated to get this feature. 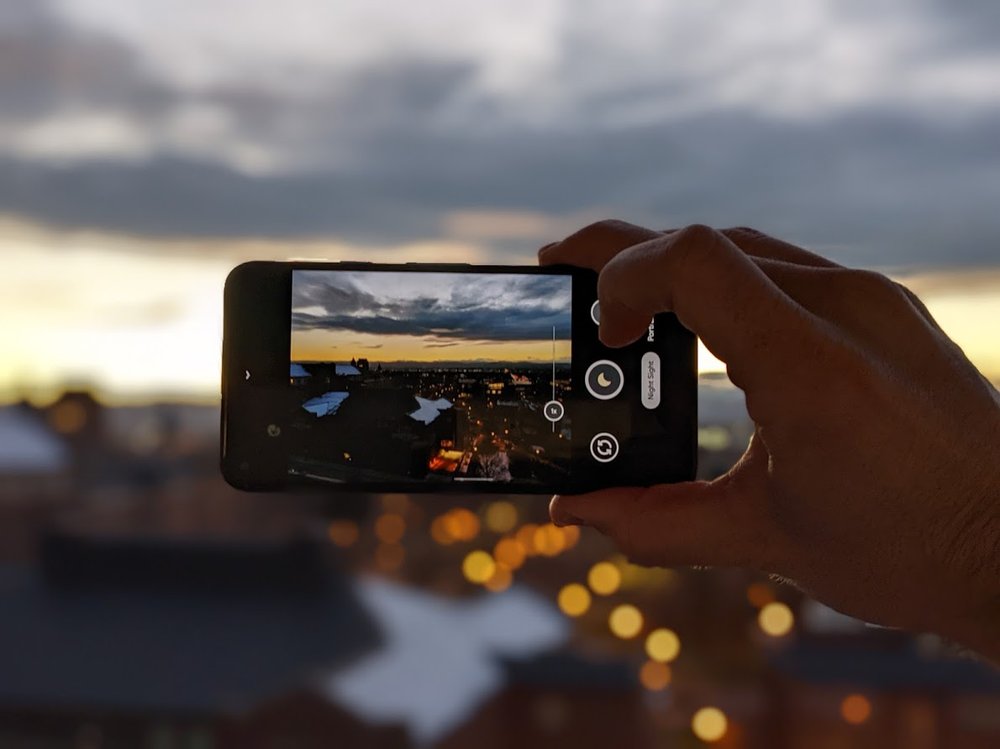 Astrophotography mode, on the other hand, activates automatically when Night Sight mode is activated and the phone detects that it is on a stable support such as a tripod. In this mode, the camera takes an average of 16-second exposures to create a 4-minute exposure to significantly improve shooting noise. This mode can be called a further development of the Night Sight mode. Astrophotography mode was introduced with Pixel 4 and supported on Pixel 3 and Pixel 3a. Thanks to this feature of Google, Pixel devices turned into an unrivaled camera in Night Sight mode.

As we know, slow motion works on Pixel devices with the same logic as on other devices. high FPS value offers a slower and more detailed image. Time Lapse Mode, on the other hand, is there for you to take time-lapse shots. Values such as x1 x5 x10 x30 and x120 can be adjusted, these values determine how many times the captured video will be accelerated. Can be changed instantly during video shooting. Available on all Pixel devices. This feature came with Google Camera 8.x version.

There are many different modes available in Google Camera. Panorama mode is wide images taken by moving the device in a certain direction. This feature has been known for years, but you might be interested in a more advanced mod, Photosphere. Photosphere mode lets you create a 360 degree photo sphere. You will take some photos by turning the phone 360 degrees in a certain direction, after the image processing process, a VR-supported 360-degree photo will appear. Compatible with Google Maps and Google Cardboard. 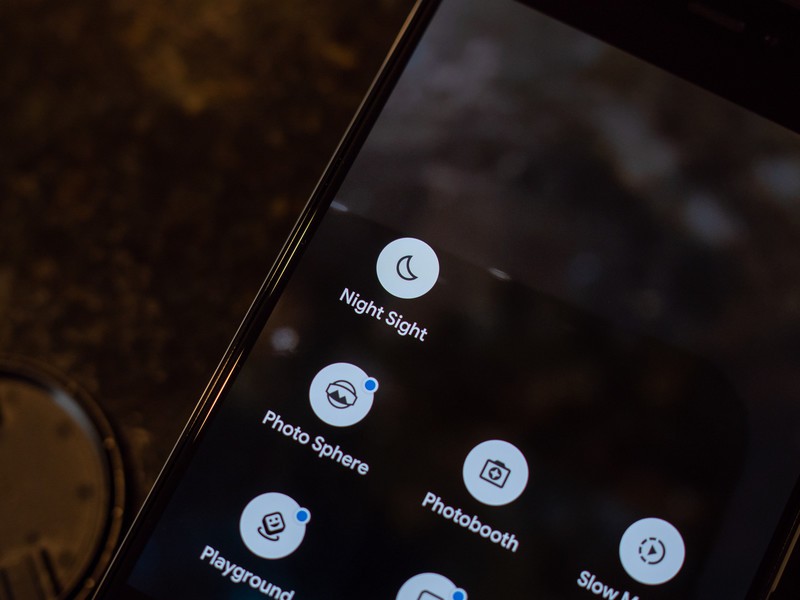 Playground allows you to create and play with objects around you. It lets you bring your photos and videos to life with Playmoji characters that react to you and each other. You can add animated stickers around you and fun captions that place words where the action is. With Playground AI, it understands the world around you, makes smart suggestions to help you express yourself at the right moment, and brings your story to life. It came with Google Camera 7.x and requires the Google AR Core Services app.

Lens mode is actually just a shortcut to the Google Lens feature. From that menu, you are directed directly to the Lens menu in the Google application. Google Lens introduced in 2017 and is defined as an artificial intelligence technology that not only detects the object in front of the camera lens, but also recognizes that object and offers scanning, translation, shopping and many more options with deep machine learning technology. Google Lens works using machine learning, artificial intelligence and computer vision. Lens tries to make sense of your photos by bringing relevant and real-time information to the screen with minimal effort on your part.

We can say that Google is unrivaled in mobile photography. There is a great deal of work going on. All the special work for the camera, both in software and hardware, has paid off. Pixel devices are still preferred because of this quality. They can stand up to today’s devices. If you aren’t a Google Pixel user but would like to benefit from this experience, you can check out the article here. Stay tuned for agenda and more.