As expected release date gets closer and closer, we get to know more about Xiaomi’s new flagship; Xiaomi 12.

Yesterday, Xiaomi greeted us with official renders and benchmarks of Xiaomi 12 through Chinese social media platform Weibo. We all have been waiting for Xiaomi 11’s successor Xiaomi 12 for a very long time now and it is finally here. Xiaomi also decided to publish a poster of Xiaomi 12 to announce its release date. 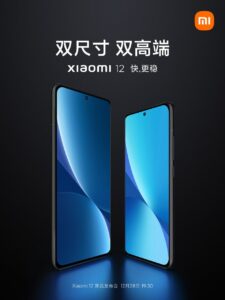 We have had leaked Xiaomi 12 renders before and now it is confirmed by Xiaomi themselves. Stay tuned for more Xiaomi and Redmi leaks and many more!

Here are the benchmarks of Xiaomi 12 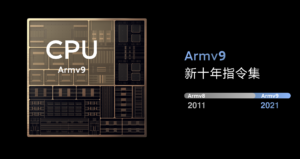 We have been using Armv8 devices for so long that it is easy for us to say Armv9 is the fresh air we all have been waiting for. Xiaomi is going to deliver us just that with Xiaomi 12. It is going to be the next dominant architecture of Android smartphones and Xiaomi 12 users are going to be among the first users to test it. 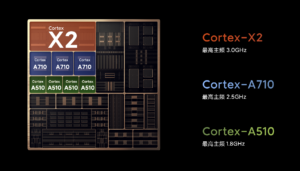 Snapdragon 8 Gen 1’s big cores were upgraded to Cortex X2 from Cortex X1 of 888 and Xiaomi claims they observed performance increase up to 16%.

Although the new Cortex X2 uses more power, it also delivers a considerable amount of performance increase. So it is sufficient to say that Cortex X2 is proper upgrade over Cortex X1.

How well the new Xiaomi 12 performs against Snapdragon 888? 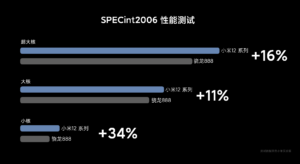 Despite pandemic that slowed everything down, it seems like technology did not slow down at all. Benchmarks and architectural improvements are pretty surprising.

New Snapdragon 8 Gen 1’s little cores are almost on par with Xiaomi 6’s Snapdragon 835. This shows us how the technology has gotten better since Xiaomi’s flagship smartphone of 2016.

If you are still using Xiaomi 6 and looking for an upgrade, Xiaomi 12 could be the upgrade you have been looking for.

Although scores are impressive, keep in mind that Geekbench doesn’t support Armv9 instruction set yet. it is expected to score even better once Geekbench introduces Armv9 support.

As expected, the variant with 8GB RAM performs slightly lower than 12GB variant. If you want the most power you can get, I would advise you to go with 12GB variant but 8GB should also make you happy.

It looks like Xiaomi 12 is going to be one of the best devices of 2022 and I am excited about it. Reviews should come within first week of 2022.