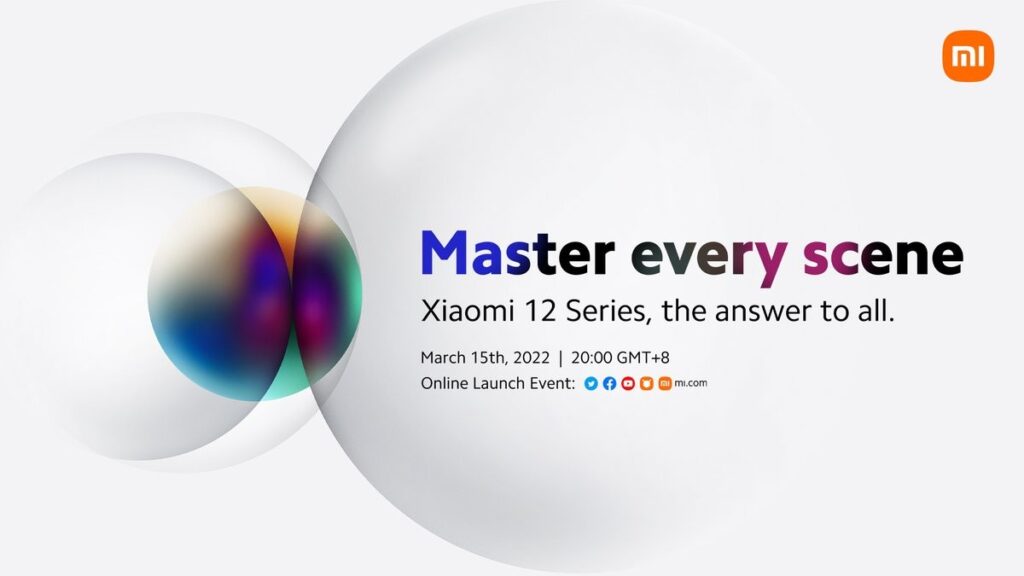 Xiaomi via official social media handles has confirmed the launch date of the upcoming Xiaomi 12 series of smartphones. The company will host an online launch event on March 15th, 2022 at 20:00 GMT +8 or 12 PM UTC. The launch event will be live-streamed on the company’s official handles of Facebook, Youtube, Twitter, Mi community and Mi.com. All three devices are expected to be launched at the same event.