Xiaomi 12X introduced with Android 11-based MIUI 13 in December but today received the Android 12 update today, thanks to MIUI China Beta 22.2.28 update!

Xiaomi 12X has received Android 12 based MIUI 13 update along with MIUI 13 Daily Beta version 22.2.28. This update was also the first MIUI Beta and Android 12 update for Xiaomi 12X.

Introduced with the Xiaomi 12 series, the Xiaomi 12X Snapdragon 870, 120Hz AMOLED and other features became the king of the middle-upper segment. The device, which has now started to receive Daily Beta updates, will provide a good experience for users who want to experience new features early. 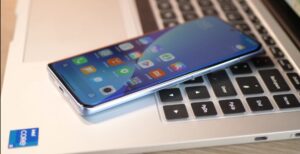 The latest operating system update for the device, which comes out of the box with Android 11-based MIUI 13, will be Android 13. On the interface side, it should be noted that it will receive 4 MIUI updates.

MIUI 13 beta, which allows you to experience new features early, is released for more than 20 devices every day. Would you like to experience new features immediately without waiting for the stable release? Also, do you want to be informed about the changes in MIU 13 beta? Click here to access the MIUI 13 beta update changes article that we publish every day, and click here to learn how to install MIUI 13 beta. Don’t forget to follow us for more information.