Known for its phones and emerging from nowhere in the segment, Xiaomi may soon take on the scooter Behemoths of the world. The company’s electric scooters are hugely popular in its home country China. And slowly the tech giant has started to introduce its scooters into the global market. A few models are already available internationally and now it appears that Xiaomi is going to launch a new scooter dubbed, Xiaomi Electric Scooter 4 Pro, in Europe as the vehicle has received the EU Declaration of Conformity certification.

Despite not having officially announced the device, Xiaomi recently shared a certification document for the Electric Scooter 4 Pro on its community website. As you can see in the image below, Xiaomi received an EC Declaration of Conformity (CE) for the electric scooter, which is available in English, French, German, Italian, Polish, and Spanish. We are not really sure why Xiaomi published the CE document itself, however, you can view the document in all six language versions by heading over here. 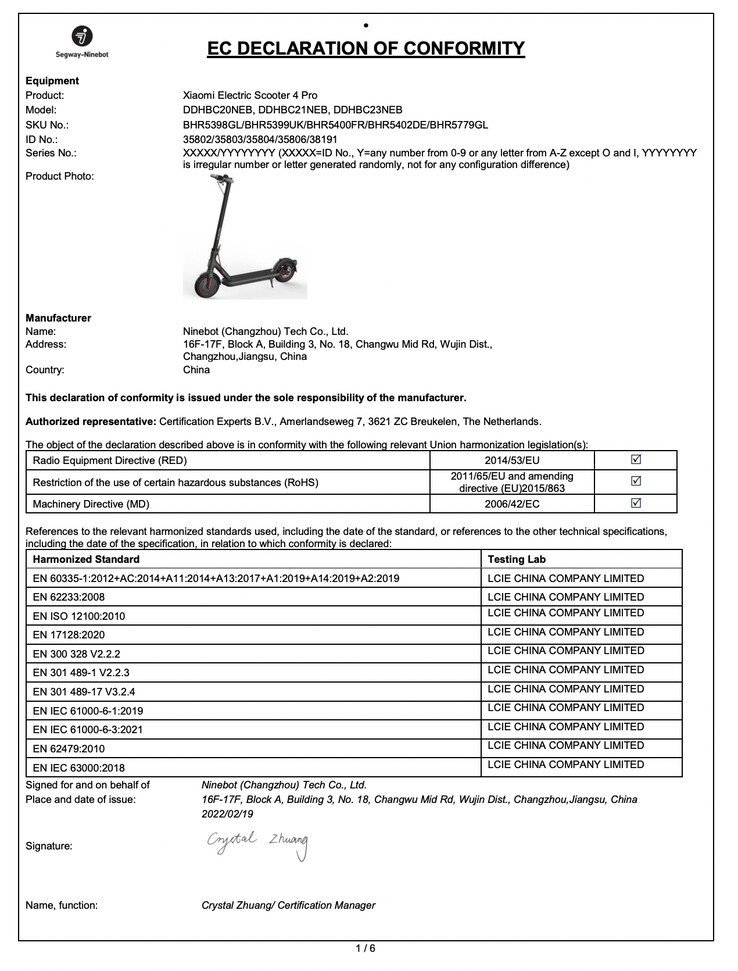 According to the conformity document, the Electric Scooter 4 Pro is manufactured by Ninebot, which was recently acquired by Segway. The document also mentions three variations of the Electric Scooter 4 Pro. The models are DDHBC20NEB, DDHBC21NEB, and DDHBC23NEB, with no clear differences at this time. While there are no details on the expected release date, we do know it is coming soon.