When it comes to smartphones, the two top brands – Xiaomi vs Samsung – seem to have the edge over each other. While Samsung’s advertising strategies are more aggressive, Xiaomi rely on word of mouth and social media posts to gain fans. This approach may help explain why so many Chinese consumers are attracted to its phones. But is Xiaomi as good as Samsung? Let’s find out! We compare and contrast both brands.

First, let’s examine the differences between the two brands. Samsung has the most famous brand in the world, selling a huge range of products. Following its lead, Xiaomi has begun to diversify its product portfolio, competing with Samsung in different categories. In markets such as South East Asia, Europe, and India, both companies have similar product lineups. Compared to these similarities, they differ in price. While Samsung’s pricing is often more expensive than its rivals, the quality of their hardware and software remains largely the same.

Although Samsung is the dominant consumer electronics brand, the Chinese brand has been growing rapidly in recent years. The Xiaomi Redmi brand caters to the lower-priced segment and has been successful in building budget phones with modern features. This is why the company is also playing catch-up with Samsung in the Xiaomi vs Samsung battle. The Redmi-seriesof smartphones from Xiaomi includes the popular Redmi Note 11E Pro and the Redmi Note 11 Pro. Both smartphones feature a very sleek design and a very compact size.

The main difference between Xiaomi and Samsung is their price. While Samsung spends hundreds of millions on marketing, Xiaomi does not, and it’s a good sign for the future. In terms of hardware, the Xiaomi’s cameras are more advanced than those of Samsung. However, the price tag is another factor that gives the Xiaomi a distinct advantage over other brands. Further, the price is much lower than the cost of the Samsung phones.

Both brands, Xiaomi vs Samsung, have great reviews, but which is better? And which one is cheaper? And where are the Xiaomi phones available? Is Xiaomi as good as Samsung? The answer is a bit of both. While Samsung has the upper hand in terms of Brand History, the Xiaomi brand is relatively young. The price difference between the two is not significant. While both Xiaomi vs Samsung phones are great, there are some differences between Xiaomi vs Samsung.

Comparison Between Xiaomi vs Samsung Phones

As smartphone manufacturers, both Xiaomi vs Samsung are well-known for their innovations. The company spends a lot of money on the r&d, and has some of the most impressive features in the industry. These features include super-AMOLED displays, the fastest processors, and the latest OS. Although both brands’ prices are considerably high, they represent similar value for money. We’ve also got an idea of which models are more affordable and which ones are more suited for budget-minded consumers.

As smartphone manufacturers, both Xiaomi vs Samsung make some great phones. The Redmi has impressive battery life and performance, while Samsung is known for its clean software experience. Regardless, of which device you choose, there’s always going to be a trade-off. The Redmi and Samsung are both great smartphones, but what makes one better than the other? Which of these two devices is the best? The answer depends.

While the Xiaomi Mi 10 Pro has the advantage in terms of design and functionality, the Samsung Galaxy S22 is better for those who want an affordable phone. Both smartphones come with AMOLED matrices, and Samsung’s screens are more responsive.

Advantages and Disadvantages of Xiaomi Phones

In terms of design, Xiaomi phones have an edge over other brands. The curved display and all-screen design are impressive. They are comparable to Huawei and Samsung in terms of their design. There are also a few downsides to the phones. Overheating can be a serious problem, especially in older phones. But the company has committed to fixing the problem, which should make it a good choice for many people 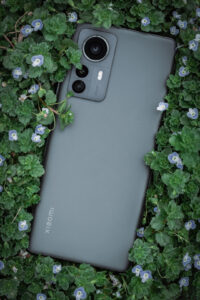 The downside of Xiaomi phones on Xiaomi vs Samsung comparison is that they have plenty of RAM, but they manage the memory in an unsuitable manner. Even though they come with four GB of RAM, they still conserve memory too much, closing apps when you move away or when you’re using them. This means that you won’t be able to multitask efficiently, which is one of the most important features of a smartphone. This is the major drawback of these phones, but Xiaomi has fixed this problem in recent models as they promised.

The price of these phones is much lower than the price of competing devices, so you can expect to have to upgrade a few times in a few years. However, if you have a limited budget, you can buy a good quality phone from a cheaper brand for a fraction of the cost. This way, you won’t end up with a cheap phone that can’t keep up with your usage.