According to an article published by Xiaomi Documentation Center last year, an application released in December 2021 cannot be released with only a 32-bit package but must have a 64-bit package. According to other information, only a 64-bit application package will be uploaded in August this year. However, according to the information received, Xiaomi was discontinued the 32-bit app support earlier without waiting for August 2022. 32-bit application packages can no longer be uploaded to the Xiaomi App Store from April 2022. 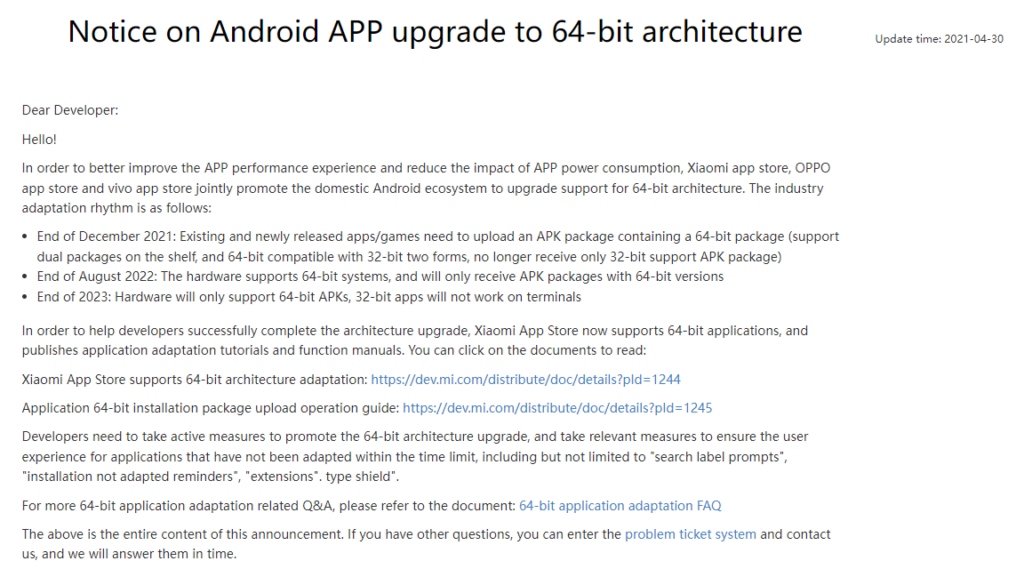 Android finished the 64-bit switch very late. The first chipset with 64-bit support is the Exynos 5433 chipset, which Samsung introduced in 2014 and which was first used in the Samsung Galaxy Note 4. The chipset, which was revolutionary when it was released, features Cortex A57 and Cortex A53 cores. The 64-bit architecture has very serious innovations compared to the 32-bit architecture. The 32-bit dates from 1985, so it has very old instruction sets and very low efficiency. It uses a lot of RAM and CPU and has limited gaming performance.

The popularity of smartphones with 64-bit supported chipsets and 64-bit Android versions has increased rapidly after 2015. It has been 7 years since 2015. Android’s 64-bit support has greatly improved during that time, and almost all apps have 64-bit support. There is no reason to use 32-bit anymore, should switch to 64-bit completely. Luckily, there is good news: 32-bit support will almost discontinue with Android 13. 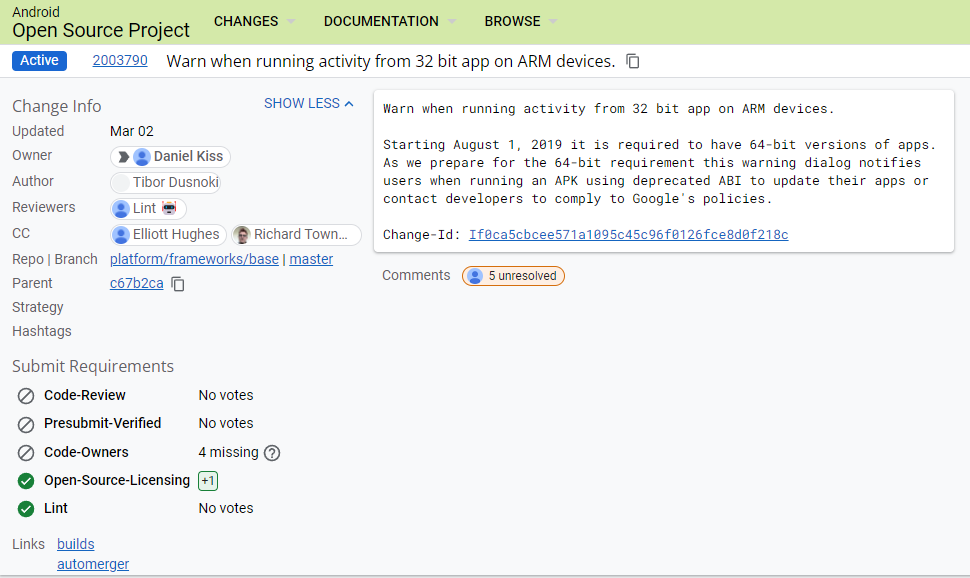 The warning screen about using 32-bit applications in AOSP Gerrit was recently found by Mishaal Rahman. The new warning screen appears when you run a 32-bit application on a 64-bit device and indicates the compatibility issue. This addition was apparently committed by an employee of ARM named Daniel Kiss. ARM Chipsets expected to be released in 2023 will not support 32bit, so a warning was added by the ARM employee that 32-bit apps. 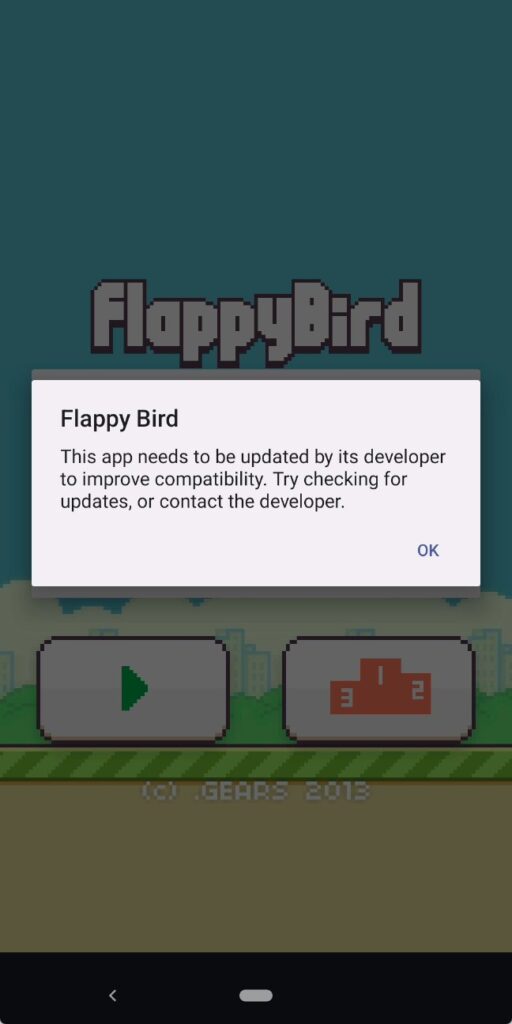