People have met iPhone and iPad so iOS 15 years ago. So, created 15 years history of iOS. Steve Jobs said “baby operating system” for iOS. IOS was the baby operating system for users, and it developed over the years. Now, iOS has many users, and it continues developing. Apple gives updates to entrepreneurs and users. These updates are not just something that iOS users and entrepreneurs, they are also something that Google waits to take inspiration from.

The iPhone has had a great development since its first day. First of all, Apple has introduced features that many users now take for basic, including iMessage, the App Store, FaceTime, Siri, iCloud, etc. Now, people explore the evolution of Apple’s iOS and how it has shaped the functionality of iOS devices. People’s eyes turned toward Apple for new updates.

iPhone OS 1 was a breakthrough but it has some lacked elements. Then Apple made up for these shortcomings. In 2008, Apple gave iPod touch users new apps: Mail, Maps, Weather, Notes, and Stocks. iPhone OS 1 has 9 versions. Every version introduced different improved features.

A year after iPhone’s big hit Apple took one bigger step. iPhone OS 2 was the second major release of Apple. The biggest feature of the iPhone OS 2 was App Store. App Store came in with 500 third-party and native apps. This amount has grown dramatically since then. The App Store has more than 4 million apps and games as of 2022. iPhone OS 2, introduced the feature that was giving full support to Microsoft Exchange for calendars.

On the other hand, this upgrade included Call performance improvements, wide-format HTML support for e-mail, and Podcasts can be downloaded over Wi-Fi. Apple also introduced contact search and multiple selections for emails with iOS 2. For improving the users’ phone quality, battery life, and speed fixed.

iPhone OS 3 was announced with the iPhone 3G S. It was announced on March 17, 2009, and was released on June 17, 2009. iPhone OS 3 was the last version of “iPhone OS”. It included voice control, multimedia messaging, Spotlight search, a landscape keyboard, and a new copy-paste feature. Except for those, Apple announced new apps like Find My iPhone with iPhone OS 3. This app was important for iPhone users. Apple’s these new features increased the user number. Remote lock, push notifications and ringtone downloads were also announced. These features made iPhones more fun. Some security problems were fixed with iPhone OS 3. This situation fixes the people’s concerns about the iPhone OS.

iOS 4 was a big step for today’s iOS ecosystem. It was like the first stage of Apple’s iOS started. It was announced at the Apple Special Event on April 8, 2010, and was released on June 21, 2010. Apple dropped the “iPhone OS” naming convention of previous versions. Apple’s mobile operating system new name became iOS. Apple made easier video calls with iPhone iOS’s new feature. It’s not hard to guess what the feature is, FaceTime. iOS 4 announced exclusive features to Apple such as iBooks, FaceTime, Personal Hotspot, AirPrint, and AirPlay. These exclusive features debuted in 2010.

A week after the death of Steve Jobs, iOS 5 was introduced. iOS 5 contains over 200 new features, including bug fixes. It was announced at the company’s Worldwide Developers Conference on June 6, 2011. Apple improved the voice control of Siri. Siri has become the virtual assistant of iPhone users. The assistant was giving answers to users’ questions in a natural over both web and OS at a beta stage. This update improved reliability for syncing Safari bookmarks and Reading List.

Also, Apple introduced two basic features such as Notification Center and iMessage. iMessages are text messages, photos, or videos you send to another iPhone, iPad, iPod touch, or Mac. An iPhone-to-iPhone messaging system takes the iPhone one step further.

At the Apple’s Developer Conference in 2012, iOS 6 was introduced to the user. It was included with the iPhone 5 and iPad Mini. This update came with a major app like Maps. Apple dropped Google Maps with its own Maps app. Siri was added to more devices. It has new features such as making restaurant reservations, launching apps, retrieving movie reviews and sports statistics, and reading items from the Notification Center. Facebook was integrated into the operating system. History of iOS is being better.

Apple presented a new design to iPhone users with iOS 7 which was released in 2013. iOS 7 introduced a completely redesigned user interface. The new-look featured flatter icons, a new slide-to-unlock function, and new animations. The new design was implemented throughout the operating system, including the Notification Center. For a new start a Control Center which allowed quick access to several apps like Wi-Fi, Do Not Disturb, Bluetooth, Sliders for brightness and volume, etc. with a swipe up from the bottom of the screen was launched.

It was announced at the company’s Worldwide Developers Conference on June 2, 2014, and was released on September 17, 2014. iOS 8 incorporated significant changes to the operating system. It introduced a programming interface for communication between apps named “Continuity”. Continuity includes a “Handoff” feature that lets users start a task on one device and continue another. Apple for the first time added support for third-party widgets to Notification Center. With this new upgrade, users could send in messages and take calls from their Mac desktops.

It was announced at the company’s Worldwide Developers Conference on June 8, 2015, and was released on September 16, 2015. iOS 9 incorporated many feature updates to built-in apps. The most important feature was Notes received the ability to draw sketches with different tools, image insertion, prominent visual appearance for website links and map locations, and advanced list formatting. iOS 9 made the technical foundation of iOS stronger. Apple added the Night Shift to iOS 9 and some apps like the Notes app and Maps app were updated. 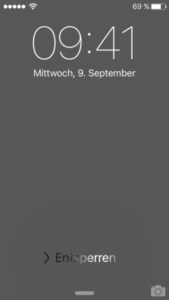 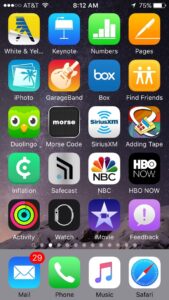 It was announced at the company’s Worldwide Developers Conference on June 13, 2016, and was released on September 13, that year. The important features of iOS 10 which were released in 2016 were customization and interoperability. Apple gave the feasibility to apps to interact with each other. From a colorful perspective, Apple brought new effects and animations with iOS 10. Most people really liked new effects and animations. People could personalize their phones with these animations.

Apple announced the release of iOS 11 in 2017 at the WWDC. It was the first time when ‘Files’ was launched. A “Files” file manager app allowed direct access to files stored locally and in cloud services. The lock screen and Notification Center were combined in iOS 11. This feature allowed all notifications to be displayed directly on the lock screen. Siri was updated to translate between languages. This feature made it easier to translate. some features only appeared on the iPad. History of iOS is being different. 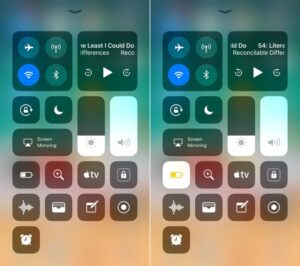 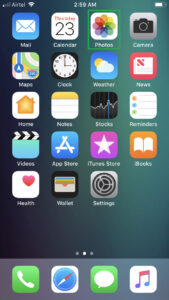 iOS 12 was released to the public on September 17, 2018. Aesthetically iOS 12 was similar to iOS 11. It included quality improvements and security updates. People met Memojis with this update. Memojis are found fun by many people. Also, this update made faster the iPhone. iPhone’s fast made easier people works. With this update, Apple has become more colorful and innovative. Here are the iOS 12 features:

From the past to today, Apple made important improvements to the iOS ecosystem. iOS 13 is a major improvement for this ecosystem. it was announced at the company’s Worldwide Developers Conference (WWDC) on June 3, 2019, and released on September 19, 2019. iOS 13 gave the Dark Mode to users. Many people have been using this mod since the first day of this feature. Also, iOS 13 introduced “Sign in with Apple” and allowed users to link accounts to their Apple ID.

Some of the new features that are at iOS 13:

Apple 2020 introduced a new version of its iOS operating system, iOS 14. iOS 14 introduced App Library, which automatically organizes apps into categories, and allows apps to not be put on the home screen by default. Also, it contained home screen design changes, major new features, and Siri improvements. It improved QR code reading to better recognize small or warped ones and video quality with up to 1080p on iPhone X and later. Here are all new features of iOS 14:

Apple introduced the iOS 15 the next-generation operating system in 2022. iOS 15 is the latest version of the iOS ecosystem for now. FaceTime links allow users to invite their friends via links, regardless of a platform with iOS 15. Also, Apple added over 40 Memoji outfit choices and 3 more colors to iOS 15. iOS 15 includes a new feature about health. It has vaccine card support in the EU. This update improved most of Apple’s features.

Here are all new features of iOS 15:

From the past to today, Apple made big changes in its mobile operating system. It improved updates and fixed bugs. iOS is like a light in technology. All updates of iOS are like a stair. This mobile operating system made the way for other technology brands. This article wrote for presenting the history of iOS. Any updates have several features and all of them can not fit into one article.