There are plenty of ROMs out there being “vanilla” builds. But there are little of them aiming to be privacy friendly, to be “De-Google’d”. Even though there are a few of them, there’s one long-living ROM, aging from old times up until today. Introducing /e/OS!

Thanks to this face of Android, you can have many new privacy-related features on your device and you will be able to get rid of Google applications.

Before we begin, there will be a bunch of terms I’ll be using.

microG: Actively developed open source version of Google Play Services – Not developed or supported by Google themselves though.

Signature spoofing: A feature letting apps impersonate themselves as another app. For this case, microG impersonates itself as Google Play Services whenever possible.

Degoogled: With correct punctuation, “De-Google’d” means it’s filtered out of everything Google, can be either by removing components entirely or replacing them with something open source.

OMS: Stands for “Overlay Management System”, dynamic system theming framework. Android 7 has it through projekt Theme Interfacer, and rootless Android 8 has it through Andromeda (paid app from Play Store).

First of all, since /e/OS is based on Lineage, and continues active development of old versions like them, you get their privacy features regardless of the Android version you’re stuck at until Lineage discontinues that Android version. 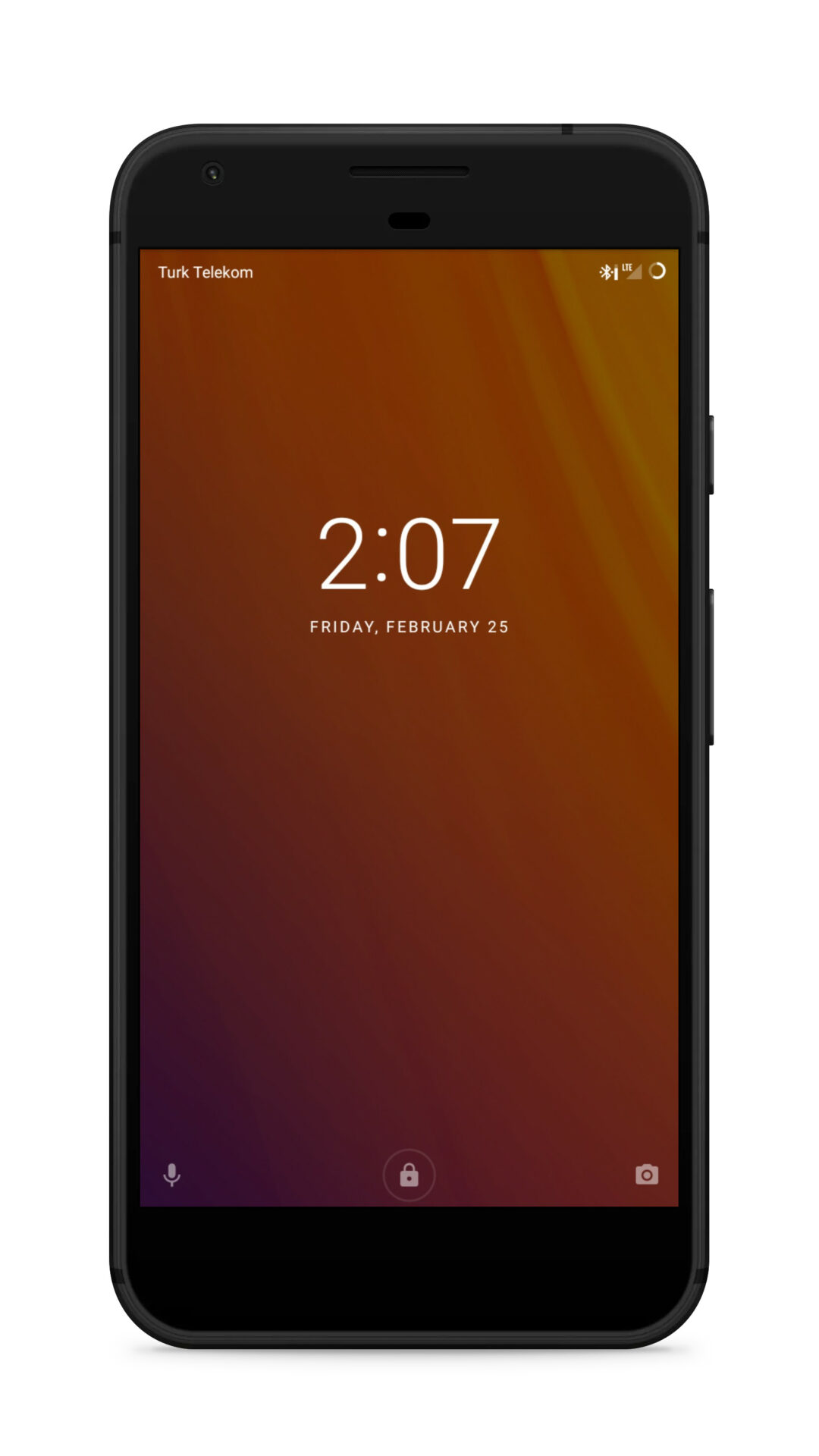 Secondly, it provides microG and removes some tracking features both from AOSP and Lineage, so that’s a plus. 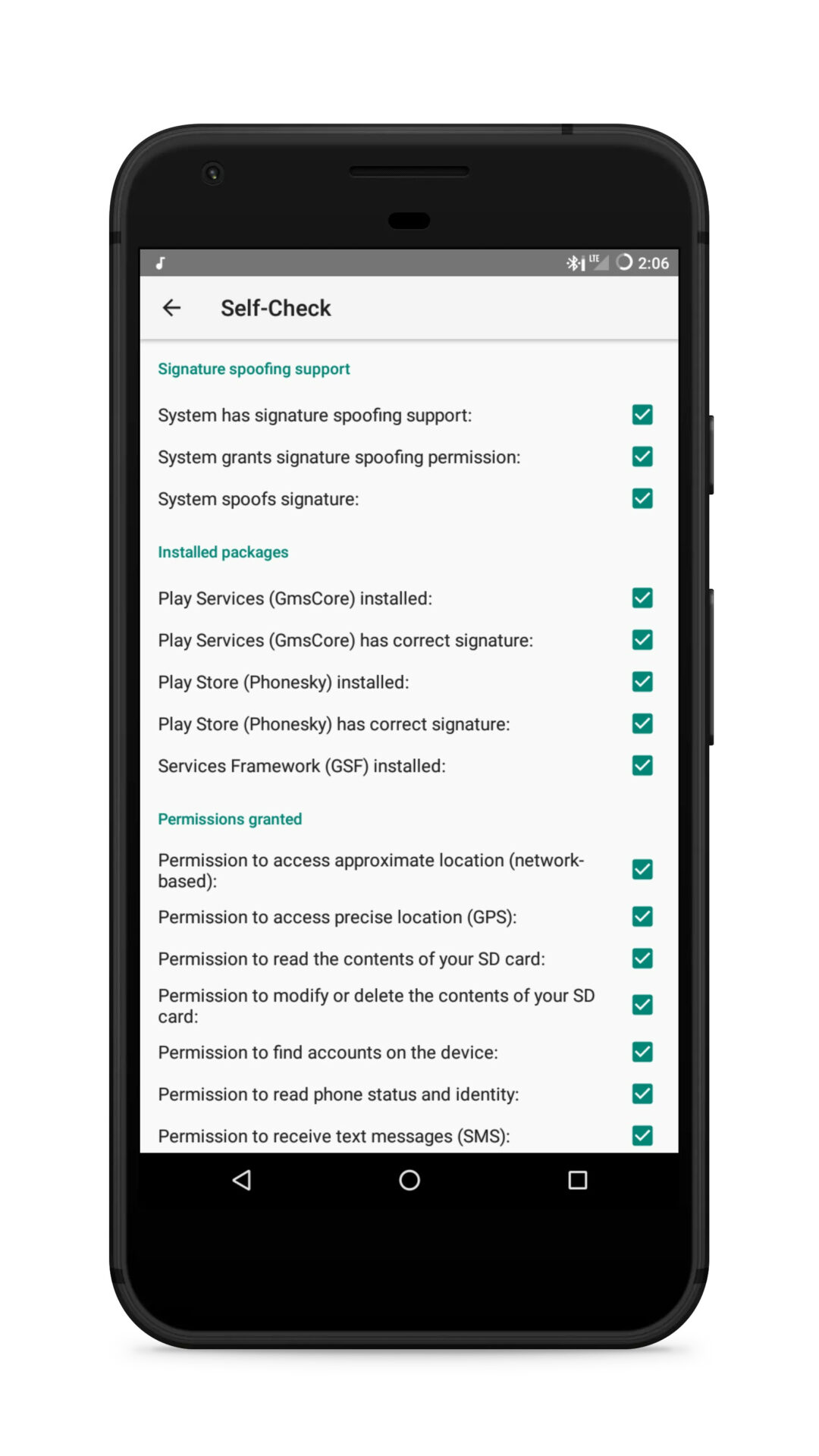 Thirdly, it provides an alternative to Google sync with /e/ Foundation’s own account system, namely /e/ account. One down side is though, you can’t use the data synced with your /e/ account on another ROM if they don’t provide support for it, which is unlikely to happen anyway.

Then there are some unofficial projects like “ExtendROM” (by steadfasterX) to customize your /e/OS build. For example, the one I’m showcasing has several parts modified through it.

After that, developers at /e/ Foundation also try to fill in the gaps with OSS alternatives like K-9 Mail, their own app store (namely /e/ App Store), and many more!

One of the critical features, /e/OS also provides custom DNS settings if you want to use one! 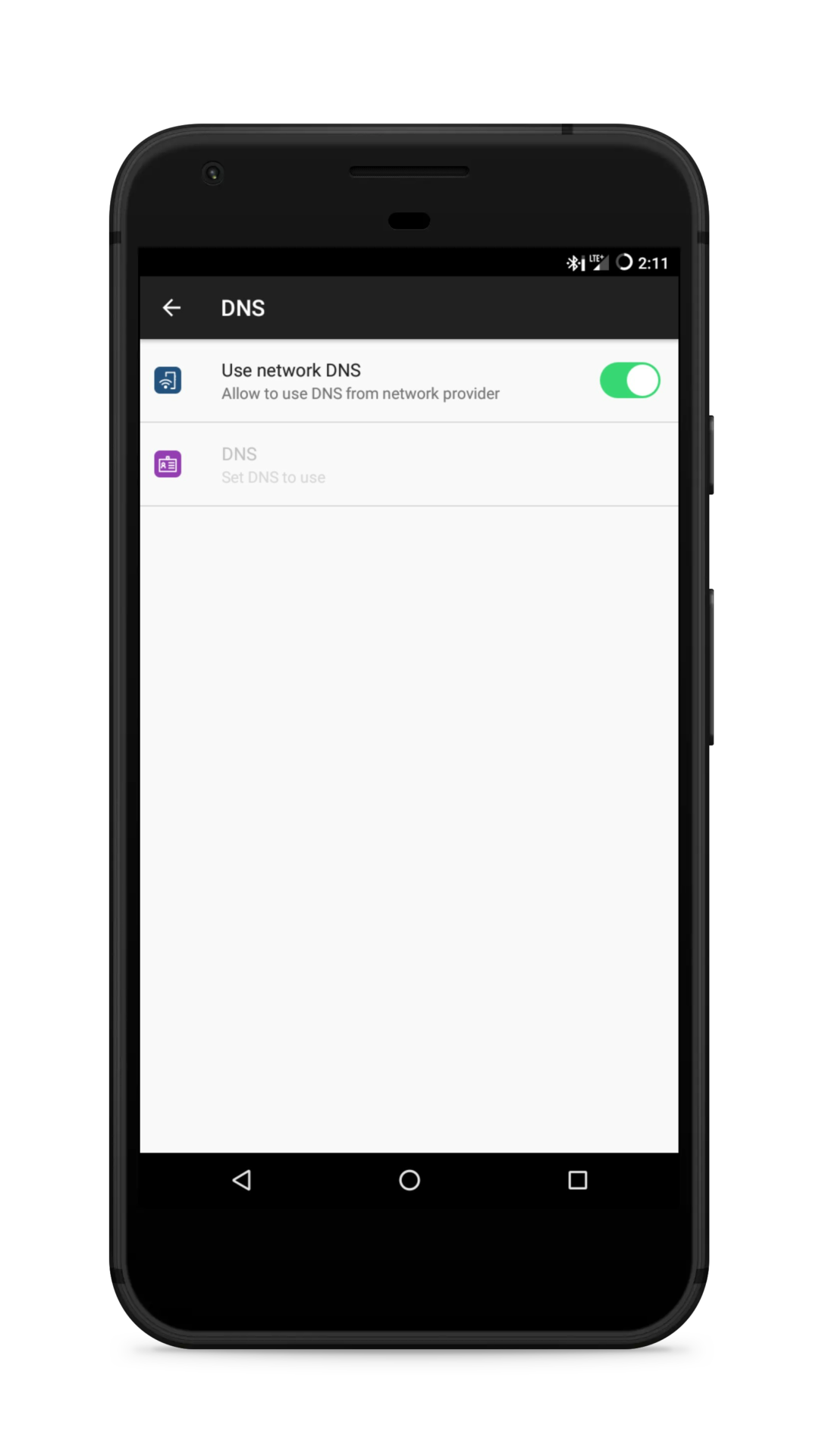 It also spoofs device ID when you log into your Google account from system settings, so Google doesn’t know the device you actually use!

And lastly, they have their own online shop, selling second-hand smartphones preloaded with /e/OS itself, which is the coolest part!

Okay, cool, there are some other ROMs like Graphene doing that too. But did you know that they provide pretty much the same functionally on legacy Android versions like Android Nougat too? They sure do!

Of course, every good thing has bad things as well.

For example, I personally don’t like their fork of Bliss Launcher. It looks too iOS and feels really out of place. You can’t also change wallpaper right from there, neither can you go into app info or some other screen. They didn’t even bother adding support for Quickstep! 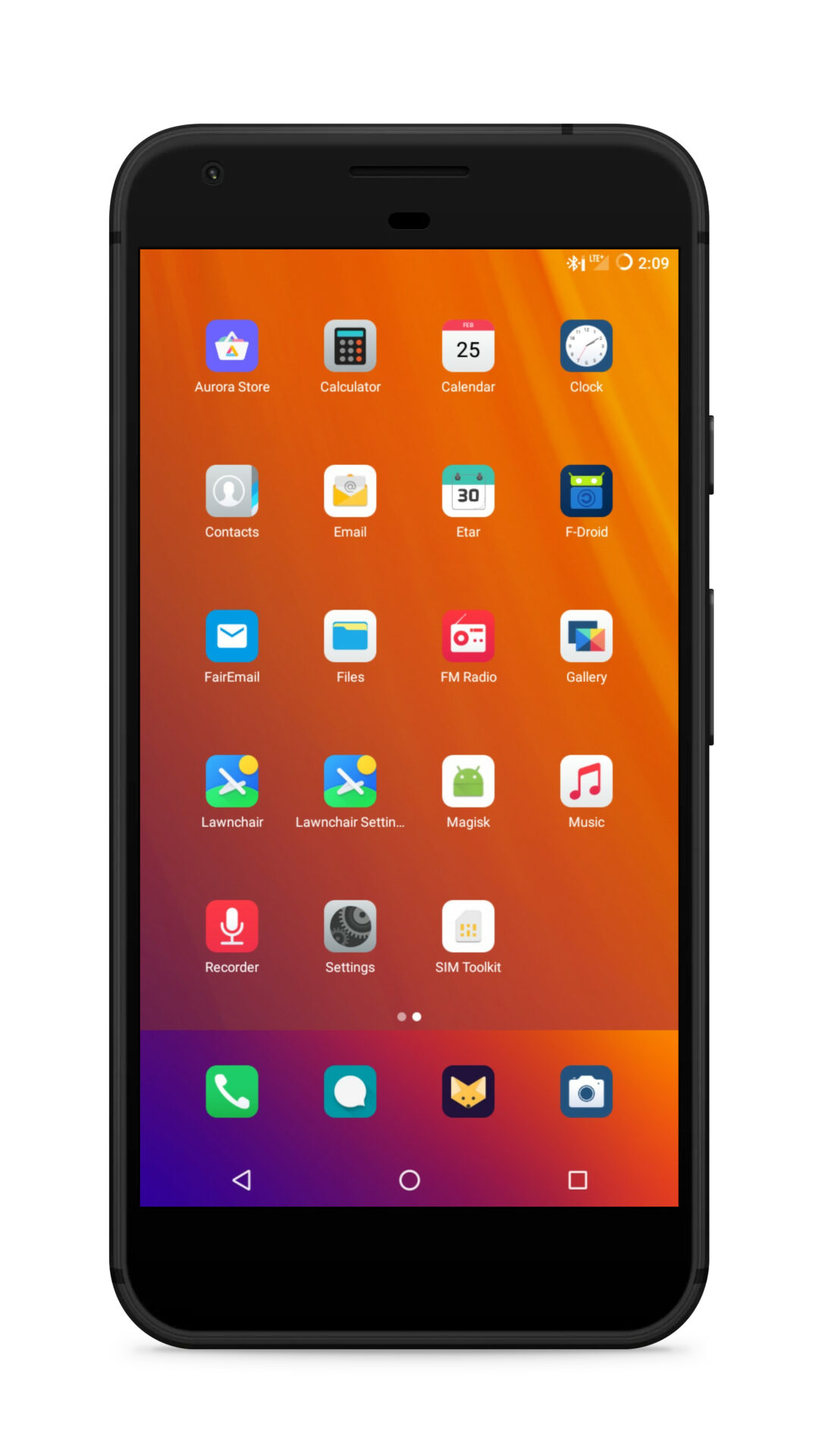 Another thing is the icons and switch styles they use – iOS style again. For the Android version I have, Android 7, switches are too big and don’t feel right. 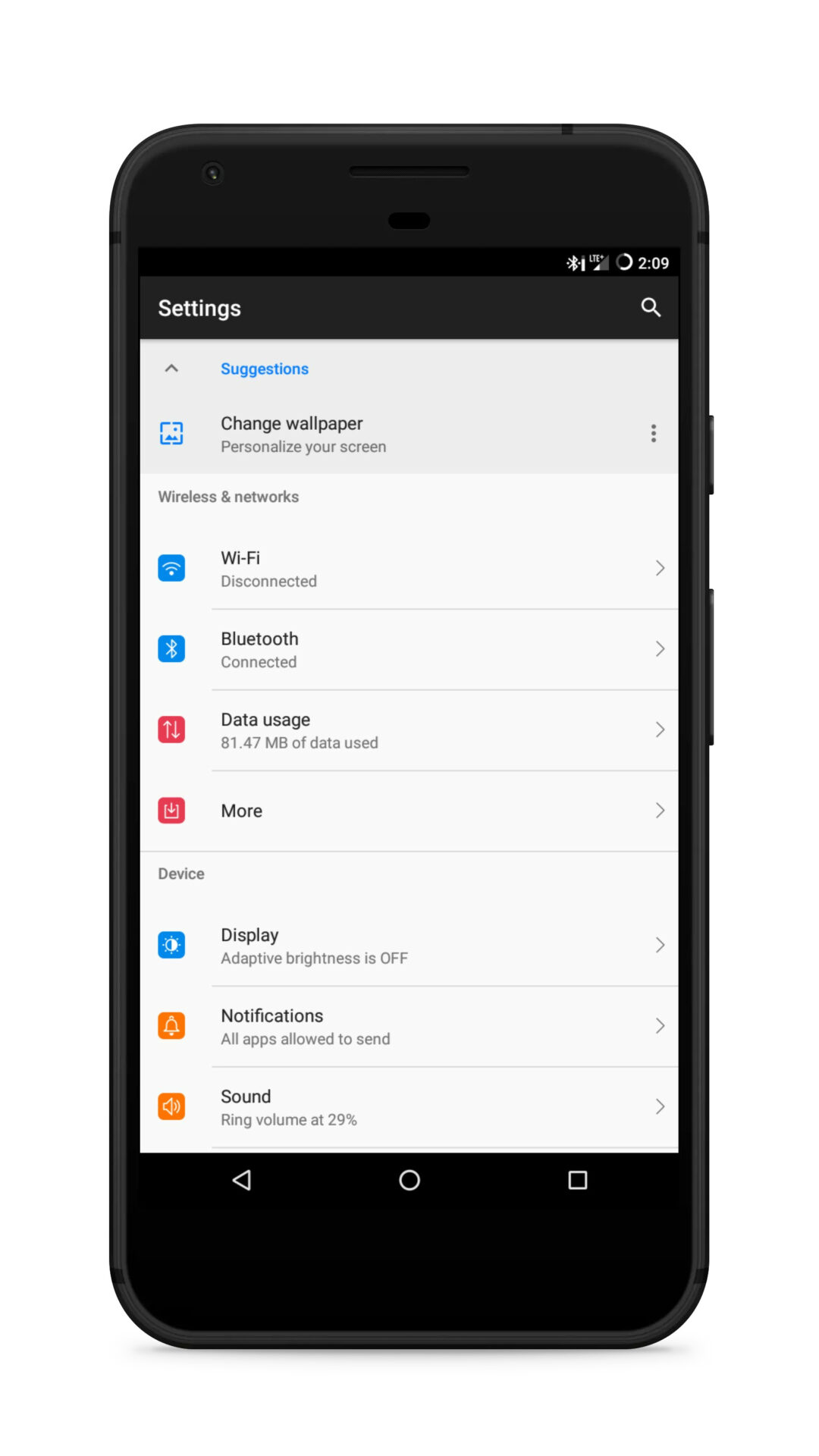 OMS lovers, this ROM might be the one you would use! Because they didn’t add OMS support! I mean yes, I understand, they’re privacy focused. But at least they could’ve added support for it. It doesn’t invade privacy from what I know.

All in all, to be fair, /e/OS is cool, but could be improved more. We’ll see how will they improve their project. But of course, their motto is the one you sure need to pay attention: “Your data is YOUR data.”

/e/OS sources are available at their own GitLab instance.