As Lei Jun explains a new phone with Snapdragon 8+ Gen 1 is getting ready for the launch. The predecessor of the CPU was named as “Snapdragon 8 Gen 1”. Since the name of the CPUs are similar Lei Jun pointed out the performance has been drastically increased. 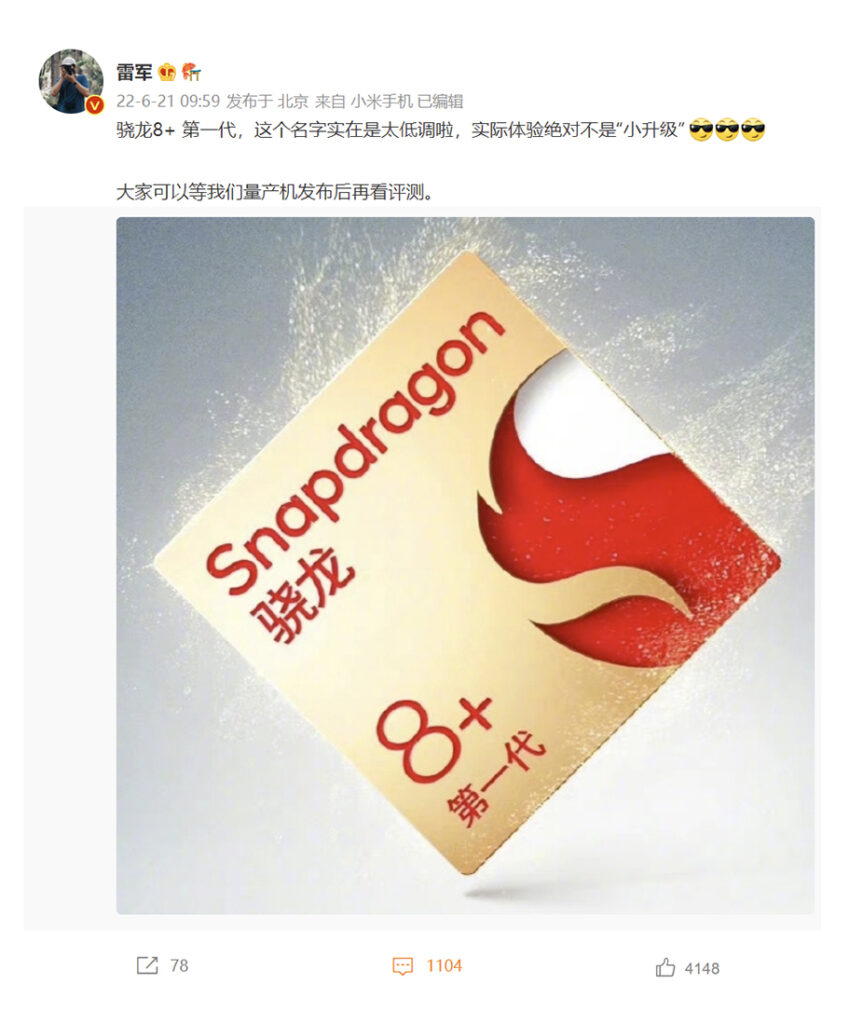 Lei Jun announced Xiaomi cooperates with Qualcomm to optimize the new CPU better providing performance and power consumption. 8+ Gen 1 is announced officially by Snapdragon and yet the new Xiaomi phone is going to be released in July 2022. So they have been working on it for several months.

What we know about Snapdragon 8+ Gen 1 technical specs?

Unlike the previous Snapdragon CPUs, 8+ Gen 1 will have TSMC production units. Maximum CPU frequency is increased to 3.2 GHz and it’s produced with 4 nm technology.

Codenames of the phones with 8+ Gen 1

The new devices have been registered on Chinese Ministry of Industry and Information Technology. Xiaomi 12 Ultra, Xiaomi 12s Pro and Xiaomi 12s are expected to be released in July 2022.