Huawei is allegedly working on Huawei Mate X3, which will come out as the successor of Huawei Mate X2. There have been multiple leaks regarding the specifications launch date of Huawei Mate X3, some reveal that the folding phone will be launched in the last weeks of April, however, a recent post surfaced on the Chinese social media platform Weibo gives us some interesting insights about Huawei Mate X3’s Processor

Huawei is one of the first companies that came up with the concept of folding phones, However, after being blacklisted and sanctioned by the US in 2019 for spying allegations, it lost most of its market share to Samsung and other smartphones brands. The sanctions sent Huawei on the backfoot by barring it from using Google and 5G connectivity on its devices. 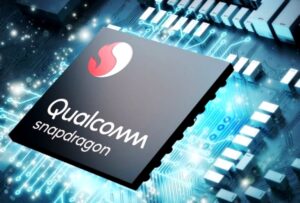 Qualcomm Snapdragon 888 4G is a high-end SoC, It integrates one Prime Core based on an ARM Cortex-X1 architecture clocked at 2.84 GHz. It has three more performance cores that are based on the A78 and clocked up to 2.42 GHz. No doubt that the Snapdragon 888 4G is a powerful processor but it only features a 4G LTE modem which is kind of outdated seeing that other smartphone brands have already shifted to a 5G modem.

It has been tipped that Huawei Mate X3 will run Harmony OS 2.0.1 and have a 4500 mAh supporting 66W fast charging. It is expected to have an improved hinge and 120 Hz refresh rate. This new folding phone has also gained TENAA certifications with model number PAL-AL00.

It should be noted that none of this information has been officially confirmed by Huawei. Huawei is yet to do the formal announcement of the Huawei Mate X3, however, the TENNA listing confirms that the Folding phone will be arriving pretty soon. It will be interesting to see what this phone has to offer. With so many folding phones expected to launch this year, it is evident that this will be the year of foldable phones