A new Poco device having model number 2201116PG has been listed on Thailand’s NBTC certification. The alphabet “G” in the model number stands for the global variant. So, this confirms the global variant of the Poco X4 5g smartphone. On the other hand, the same Poco device, but with model number 2201116PI has been spotted on Geekbench certification. The alphabet “I” stands for the India variant and it confirms the Indian variant of the device. 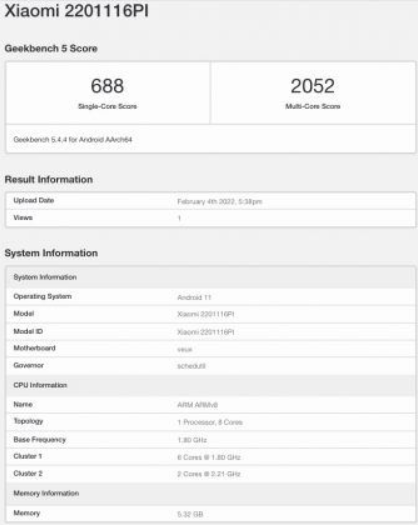 The device has managed to score a single-core score of 688 and a multi-core score of 2052. The Geekbench further mentions that the device was running on the Android V11, which confirms that it may launch with MIUI for Poco based on Android 11 out of the box. It will be powered by an octa-core Qualcomm Snapdragon 695 5G processor clocked at 1.80 GHz. The device used for testing was running on the 6GB RAM.