Xiaomi introduced the Redmi Note 10 series in February 2021. Xiaomi introduced the Redmi Note 11 series after six months its introduction in China. The Redmi Note 11 series is currently only available in China and everyone is wondering when it will come to the Global market. Xiaomi has prepared 8 devices for sale in the Global and Chinese market. Each device has different specifications. These 8 devices have many different names and it is very confusing which one will be sold in which region. With the help of Xiaomiui IMEI database and Mi Code, these 8 devices were detected and their features were leaked.

The pissarro, pissarropro, evergo, evergreen and selenes variants of the Redmi Note 11 Pro+ and Redmi Note 11 devices were introduced a while ago. Let’s summarize these devices. These devices were introduced by Xiaomi in October 2021 in China. This device was using the MediaTek Dimensity 920 processor. It had an AMOLED screen with a resolution of 1080p+ and a screen refresh rate of 120 Hz. It had a 108MP triple camera setup. Redmi Note 11 Pro (pissarro) has 67W fast charging, while Redmi Note 11 Pro+ and Xiaomi 11i HyperCharge have 120W fast charging. The only difference between the two is the fast charging power.

Redmi Note 11 and POCO M4 Pro 5G will have different camera numbers depending on the region. But its main camera is a 50 megapixel Samsung JN1 sensor. These devices have MediaTek Dimensity 810 CPU. It has a 6.6 inches screen with 90 Hz, FHD + features. This device will be sold as Redmi Note 11 5G in China and Redmi Note 11T 5G in India. Evergreen will be sold in India and Global as POCO M4 Pro 5G. 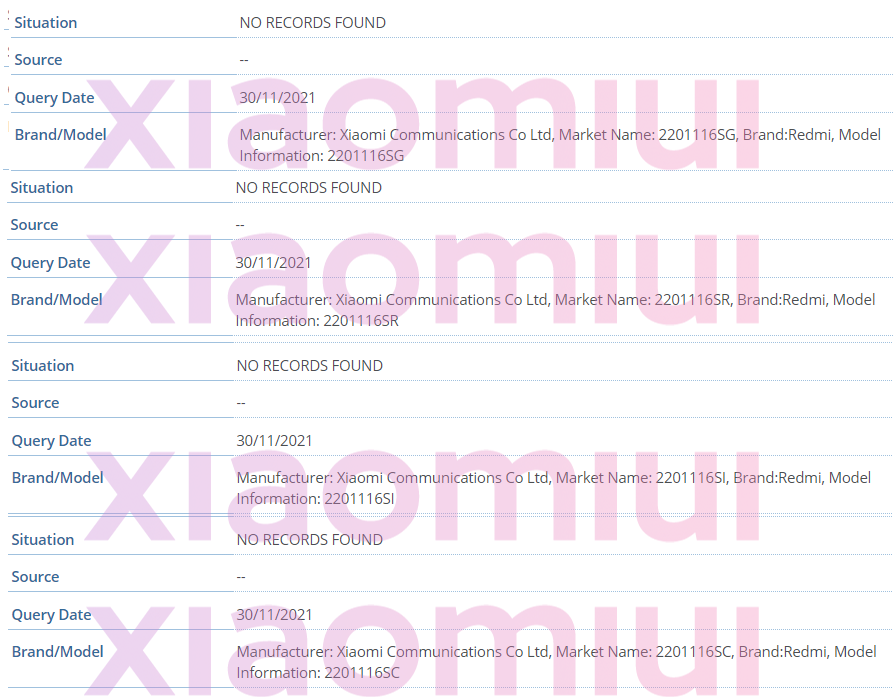 The codename of this device will be viva and vida. Only difference is NFC. The camera of the device will have a 108 MP Samsung ISOCELL HM2 sensor. It will have 8 MP IMX355 Ultrawide and 2MP OV2A Macro cameras like other devices. It will use a MediaTek SoC. It will be available in India and Global.

The K7 model number belonged to the Redmi Note 10 and Redmi Note 10S. These devices are codenamed as miel and fleur and model numbers are K7S and K7P. It has 64MP OmniVision OV64B40 sensor. It will have 8 MP IMX355 Ultrawide and 2MP OV2A Macro cameras like other devices. There is also a mielpro and fleurpro variant that have 108MP Samsung ISOCELL HM2 camera. The screen is expected to be 90 Hz. CPU is MTK. POCO M4 and Redmi Note 11S, both, will be available on Global and India.

K7T will be one of the best devices in the Redmi Note 11 series. It codenamed as spes. This devices processor is Snapdragon and has a separate variant specifically with NFC codenamed as spesn. Snapdragon processor will be Snapdragon 680 with 90% probability. It will have 50MP Samsung ISOCELL JN1 main camera with 8160×6144 resolution, 8MP IMX355 Ultrawide and 2MP OV2A Macro cameras. These devices will be sold in Global, Latin America, India regions. 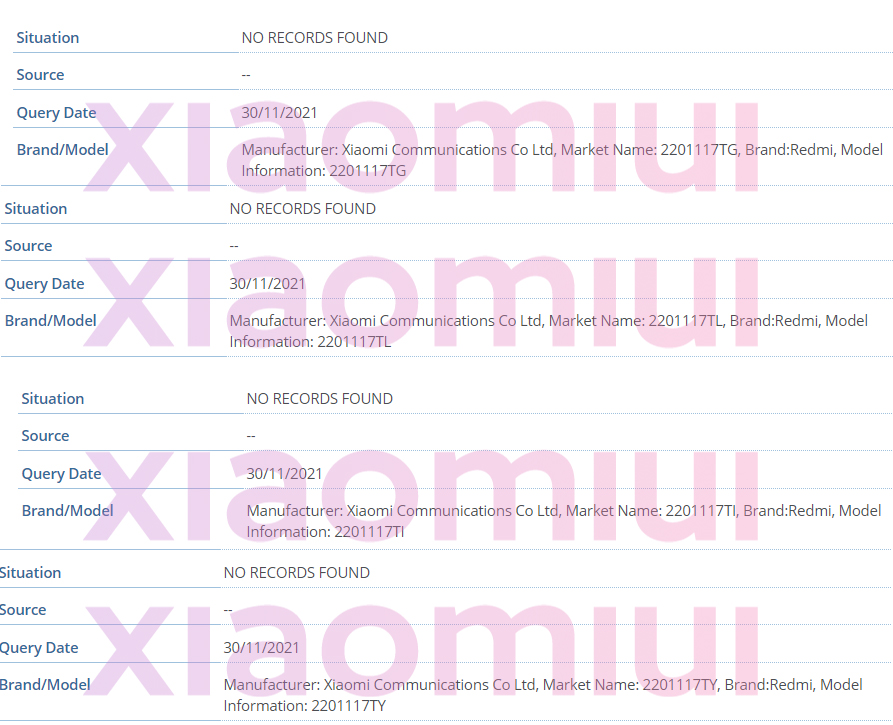 All of these devices will sold with MIUI 13 based on Android 11 out. They’re going to get Android 12 for sure, and the odds of these devices getting Android 13 are a little low. The biggest reason why it comes out of the box with Android 11 is to be able to give a single Android version update without dealing with updates. This is how the current latest version rom builds are. It looks like miel and fleur are closest to the release. What we understand from this table is that viva/vida, veux/peux, miel/fleur have common firmware. spes and spesn have separate firmware.
In order not to create confusion, let’s first prepare which devices will be sold according to the regions with the possible market name.

Now, let’s prepare the list of devices to be promoted according to the same regions by using the code names of the devices.

According to this situation, Xiaomi has 8 different Redmi Note 11 devices. 5 of these devices have been introduced and the rest are waiting to be introduced.