Samsung has made and sold many phones over the years, ranging from the S series to the now discontinued J series. But there is one phone that Samsung never sold globally, the Samsung Galaxy A Quantum. Why hasn’t Samsung pushed this phone to the global market? Let’s find out! 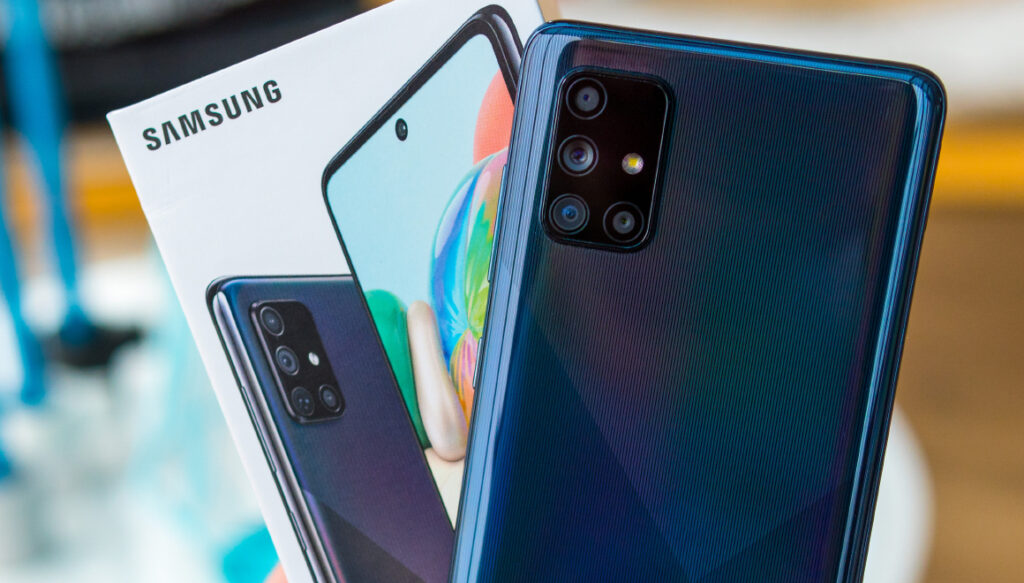 What is the Samsung Galaxy A Quantum?

The Samsung Galaxy A Quantum is a high end midrange phone, with decent specs, that was only released in South Korea. It packs an Exynos 980, 8 GB of RAM, a 4500mAH battery, 5G support, a Super AMOLED 6.7″ screen, and… a QRNG chip? We’ll get to that later, but the phone is basically a Galaxy A71, with 5G and a QRNG chip. Even the design is basically the same, except for the color choices. The phone was sold only in South Korea for around 530 dollars.

Now, you might be asking, “What is the QRNG chip?” The QRNG chip, developed by ID Quantique, specifically for this phone, is a security chip, used for file and data encryption on the device, using the LED sensor, and the CMOS image sensor. It works with the apps on the device for, as mentioned previously, encryption.

So, why did Samsung never release this phone globally? Well, we don’t actually know. There has never been an explanation from Samsung for the reason, but this isn’t the first phone Samsung has only sold in South Korea. Also, this isn’t the only variation of this phone. Samsung actually released the Quantum 2 as well, and you can most likely get one imported, if you really want it, though, as we mentioned, this phone is basically a Galaxy A71, which boasts the exact same specs, except it uses a Snapdragon 730G.