Xiaomi is known for its affordable yet high-quality routers. Xiaomi Router CR6609 is no exception. It comes with Dual-core CPU and boasts up to 1775 Mbps wireless speed. It supports mesh networking for wider coverage and can connect 128 devices with a stable connection. Xiaomi Router CR6609 has Wi-Fi 6 and 4 high gain omnidirectional antennas to enhance signal range. It ships in single black color. The router offers a lot of security features and comes with an app that works well on Android, iOS, and the Web. Xiaomi Router CR6609 has LED indicators for various functions as well. Let’s learn more about this Xiaomi Wi-Fi 6 router in this review.

Xiaomi Router CR6609 is available in China for 399 Yuan which converts to somewhere around $62. This product was launched exclusively in China, so it will be hard to get one if you reside outside of China. We have no news on whether Xiaomi will be launching this router globally or not. 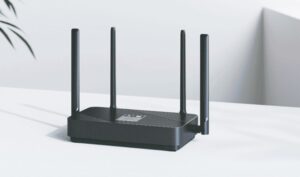 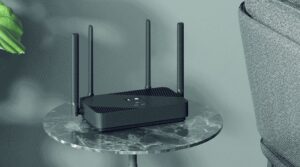 The Xiaomi CR6608 has a fairly compact body of 24.7 x 14.1 x 18 cm. It has a natural heat dissipation design that ensures stable operation at all times Using a large-area aluminum alloy heat sink and high thermal conductivity thermal adhesive. The upper and lower panels of the router have cooling channels, forming air convection, to ensure the long-term reliable operation of the device.

It comes with 256MB RAM and dual-band support. 256MB large memory offers a stable connection to up to 128 devices. It provides stability of data transmission and escorts the stable connection to each connected device. It has Wi-Fi 6 support with four external high gain 5dBi antennas that support the LDPC error correction algorithm and significantly enhances anti-interference during data transmission. 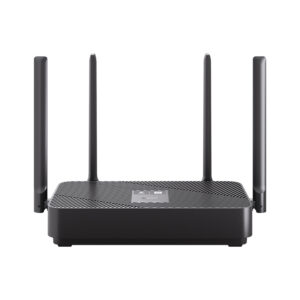 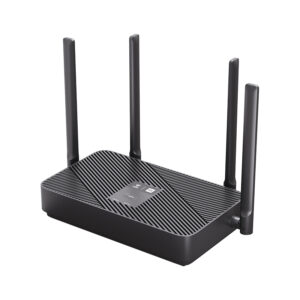 With its amazing speed, you can easily download HD Movie and play high-definition games. The Router CR6609 compared to the mainstream AC1200 Router has a 52% increased wireless rate. Its Dual-band concurrent wireless rate goes up to 1775Mbps.

While you are, Check out Xiaomi Router CR6608 and Xiaomi AIoT Router AX3600