Xiaomi’s Civi model is one of the most beautiful models of Xiaomi that was released in China and that has been released so far, and it comes in 3 different colors. According to the information we have from @馨心_Mia, Xiaomi Civi Product Manager, Civi sales ratio for all of its colors which are pounding pink, light blue, and sparkling black, has come very close to what is considered to be the magical number 1:1:1. 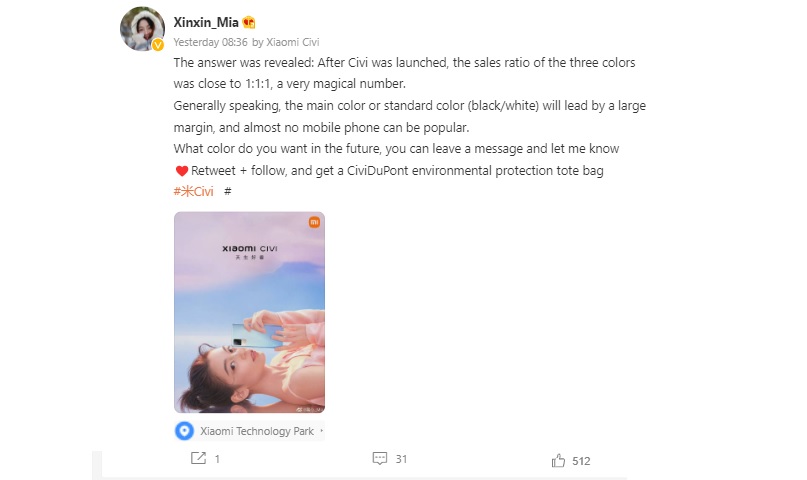 @馨心_Mia also points out in general that the main colors of Xiaomi’s Civi model, which are black and white, will have the lead in sales by a great margin compared to the pink and continues with this statement saying almost no phones can become this popular with all its color variants, yet Xiaomi Civi has done it.

Xiaomi’s Civi model was released in the second half of 2021 and it is considered to be the most beautiful model of Xiaomi with an amazing handfeel. Reason of this fascinating handfeel is the diligent design of the back cover, which was inspired by the hairs of the Angora rabbit, Ragdoll cat and Maltese dog, aiming to create the finest and softest touch feel that you will not be able to keep your hands away from. It is the kind of texture that will make you want to stroke the back of the phone repeatedly. 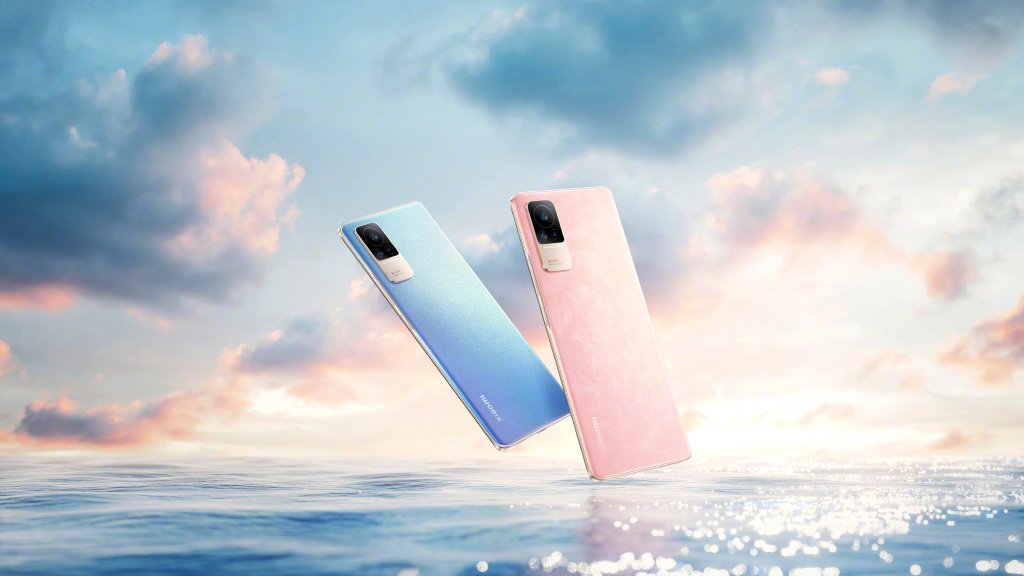 On top of that, it is the first model that has used the velvet AG process. In comparison to the traditional AG process, velvet AG process adds up a diamond effect, making the surface of cover much shinier in the light while the blue and pink colors have an illusionary gradient effect. This Xiaomi model comes with a 6.55″ OLED display, Snapdragon 778G processor and 4500 mAh battery. For the rest of the specs, you can visit Xiaomi Civi specifications page.