In the age of IoT, companies are considered to have taken their place. IoT, which means “internet of things”, can be explained as fact that most of things we use in our daily life are connected with virtual. In short, it covers the ecosystems of large companies. Xiaomi, on other hand, seems to have already taken its place in this IoT era, analysis shows this. Thanks to this huge ecosystem, Xiaomi achieved 70% growth in 2021!

Appealing to all segments with its huge ecosystem, Xiaomi has announced its 2021 consolidated results. Despite challenges in global economies, Xiaomi’s resilient business model has achieved healthy annual growth. Total revenue in 2021 reached $51.57 billion, up 33.5% year-on-year, while adjusted net profit reached $3.46 billion, up 69.5% year on year.

Xiaomi’s global smartphone shipments, on other hand, reached a record high of 190.3 million units, up 30.0% from the previous year. Xiaomi’s smartphone shipments in 2021 ranked 3rd worldwide with a record market share of 14.1%. In 2021, revenue from overseas markets reached $25.7 billion, up 33.7% year-on-year, accounting for 49.8% of total revenue. 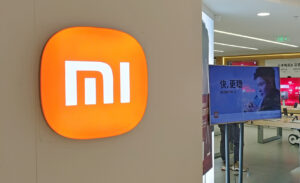 Alongside the smartphone business, the overseas internet and IoT business is also showing strong growth. Overseas internet revenue increased 84.3% year on year to $790 million, corresponding to 17.8% in 2021

Emerging markets continued their strong growth momentum. In Latin America and Africa, Xiaomi’s smartphone shipments in 2021 increased by 94.0% and 65.8% year-on-year respectively, making it the #3 smartphone vendor in both regions.

Thanks to Multiple Sub-Brands!

Xiaomi’s sub-brand strategy has contributed a lot in this regard. Sub-brands such as Redmi and POCO make it easy for Xiaomi to appeal to the whole world. Thanks to this sub-brand strategy, Xiaomi’s user base continued to diversify. 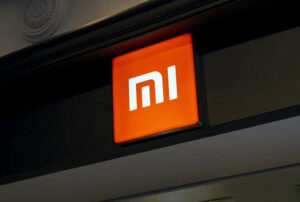 For example, we can give an example from Redmi company. Redmi continues to offer the latest technologies to the mass market at the cheapest prices. In February 2022, sales of the Redmi K50G and Redmi K50G Mercedes-AMG Petronas Formula OneTeam Edition exceeded $44 million in the first minute of launch. This is an extraordinary sales figure.

Economic analyzes point in the same direction. In 2021, Xiaomi’s global smartphone shipments with retail prices of RMB 3.000 ($471) or more in China and EUR 300 or equivalent in overseas markets are well above the 10 million units shipped in 2020. In 2021, it has exceeded 24 million units.

Of course, there is also the Xiaomi 12 series. Leveraging its hardware and innovative technologies, it instantly became one of the most popular premium smartphones after its release. Its omnichannel sales exceeded $280 million just 5 minutes after its launch. Xiaomi ranks 3rd for overseas shipments of premium smartphones with retail prices of $350 or more in 2021, demonstrating that Xiaomi is also in the flagship device business overseas.

You know that Xiaomi is one of the leading companies in innovation. Examples include the award-winning CyberDog bio-inspired robot project of 2021 or the Surge series, the company’s first in-house hardware projects. In 2021, Xiaomi’s R&D spending reached $2 billion, up 42.3% year on year. Aiming to pursue technology advancement as a core value, Xiaomi plans to invest more than RMB $15.7 (100 billion RMB) billion in research and development over the next five years.

Xiaomi has relentlessly followed the latest technology by equipping the first proprietary ISP Surge C1 and charging chip Surge P1 in two premium flagship models, Xiaomi MIX FOLD and Xiaomi 12 Pro, respectively. Further optimizing the photography experience, Xiaomi ushered in a new era in camera and imaging technology with the debut of the liquid lens in the Xiaomi MIX FOLD and the ProFocus algorithm in the latest Xiaomi 12 and Xiaomi 12 Pro.

Xiaomi Chipsets & Chips – What has Xiaomi Achieved so Far?

The Dog Made by Xiaomi! – CyberDog!

As a result, with its complete smart ecosystem and extensive user base, iaomi is confidently moving towards maintaining its solid growth momentum and further new achievements. Stay tuned for follow agenda and learn new things.