Xiaomi is gearing up to launch its Redmi K50 series of smartphones in China. The company previously stated that they will launch the devices after the Chinese New Year, and it looks like the wait is finally over. The launch might happen anytime soon. The company has already started teasing the device and its launch. Multiple news has also started coming on the internet. Let’s have a closer look at them.

First of all, the General Manager of Xiaomi China, Lu Weibing has shared a post on Weibo and confirmed that the Redmi K40 series has been started delisting from the market, the K40 Pro is completely out of stock, while other units are still on sale, until the stock lasts. This confirms the very soon arrival of the Redmi K50 series of smartphones.

On the other hand, the company has shared a new teaser image that mentions that the work on the Redmi K50 series has been finally done and the countdown to the official launch event has been started. The company further mentions that it will be positioned as “the flagship of the peak performance”. 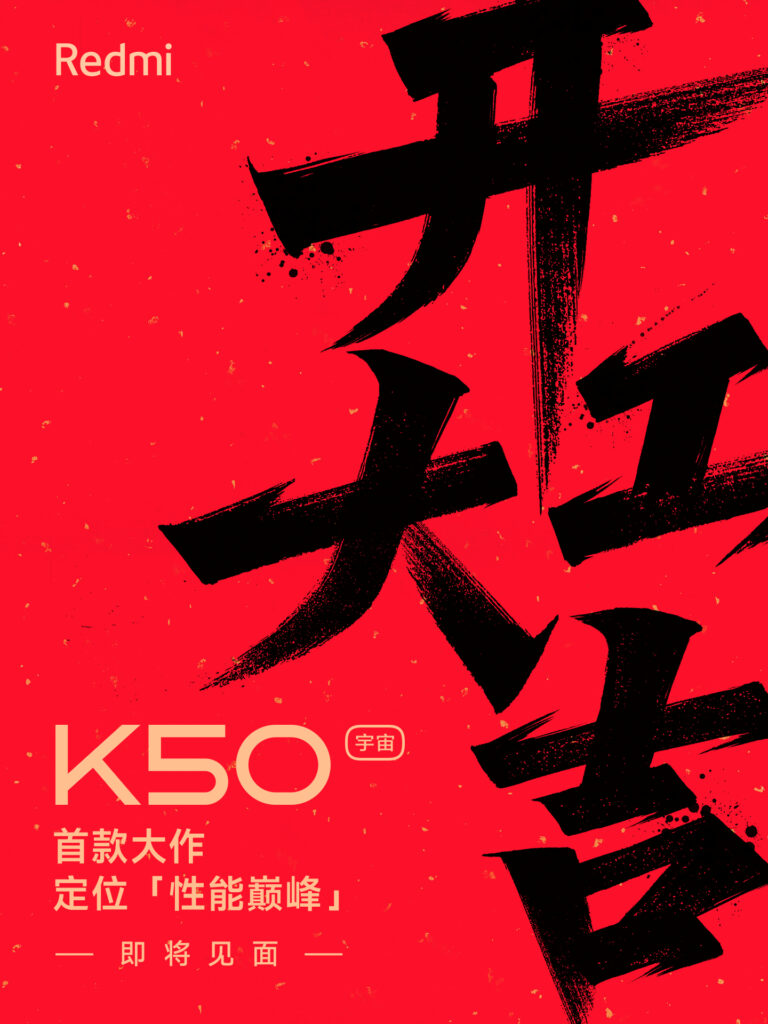